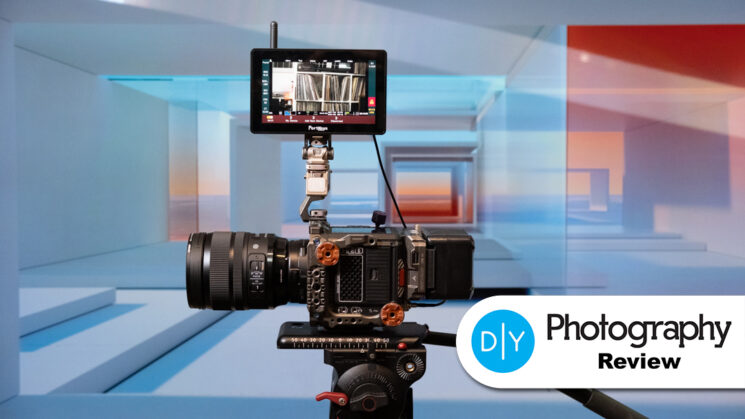 External monitors and I have a love-hate relationship.  I love how it makes filmmaking easier for me. However, there are a lot of things that make using one harder. The weight, the battery, the I/O, cable management, and all sorts of things like that make choosing a perfect monitor pretty tough. After a few weeks of using the PortKeys BM5 WR, I feel relieved. It boasts all the tech you could need, with all the comfort one looks for in a monitor. But most importantly, it has GREAT cross-compatibility. let’s dive into it. 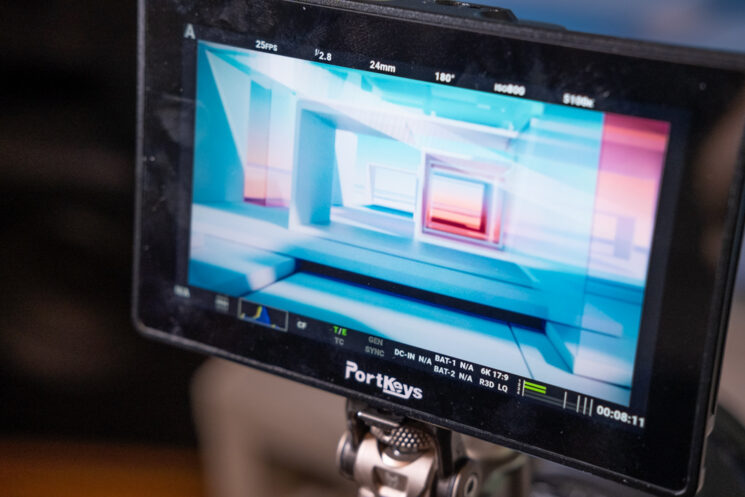 Starting off with the build quality, this monitor is built almost entirely of aluminum in the back. It has super sturdy ports. The glass is not great with handling reflections but it’s crystal clear. You also have a rugged battery release button to hold the battery in tight. Lastly, you have a top and bottom thread mount. They are both equipped with what looks like Manfrotto anti-rotation holes. I have no way of checking because it’s almost entirely proprietary to just Manfrotto. 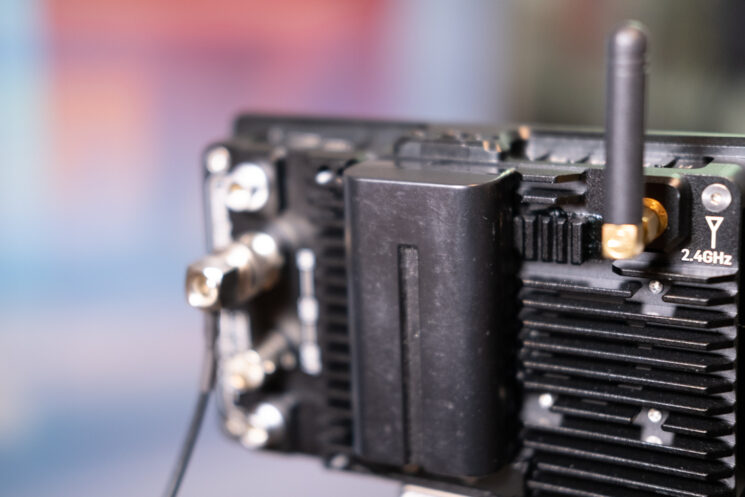 Going around the device, there is a lot to talk about. Starting from the back. You have SDI in and out. A 5 pin Fischer (I think, no documentation, and it’s not a common connector) port for attaching follow-focus tools like the Tilta M. You’ll also find your removable attend for 2.4GHz wifi for wireless control. More on that later.

On the bottom, You’ll find another proprietary cable, for connecting all your cameras. A USB port for updating, and installing user custom LUTs. And bonus round! I found out you can actually power small things with it if you’re using a battery. It manages to power the motor for my Nucleus nano.

Going to the left side (Only the left has IO) you’ll find an HDMI in (but no out). There is also a dedicated headphone jack for monitoring audio. I loved having this. We used the monitor to monitor wirelessly, and I could get our scratch audio straight into my headphones from the monitor without attaching any other device.

Lastly, on the top, you’ll find 4 customizable function buttons and a menu dial to have physical dials to control the monitor. 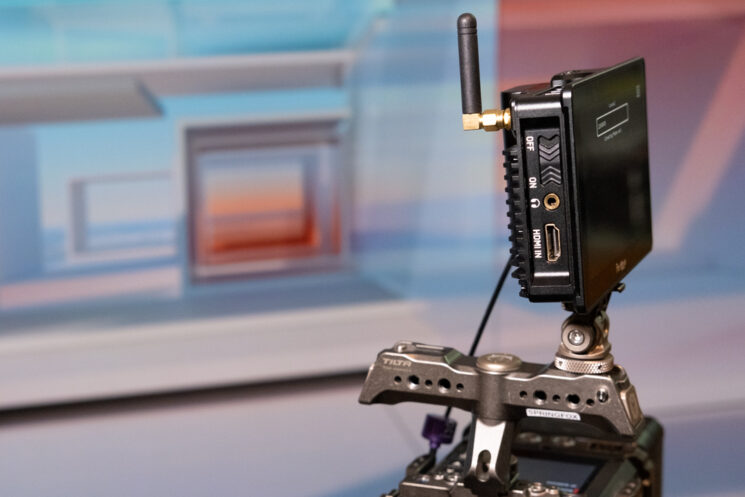 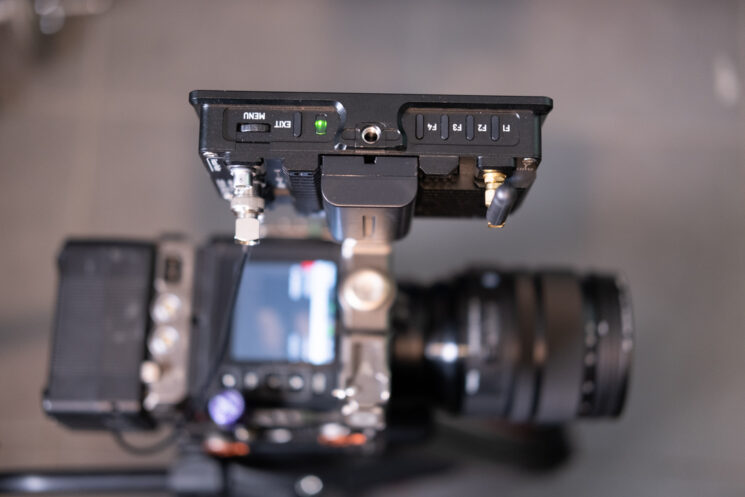 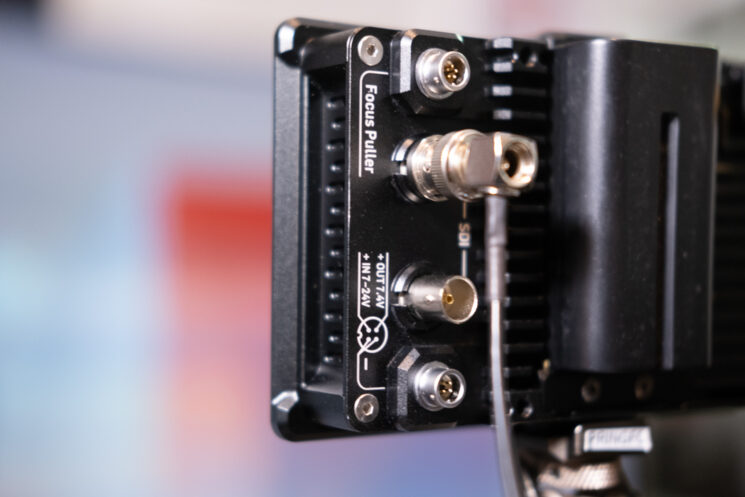 I think monitor UIs are like trackpads in the laptop world. There is really only one company that does a clear, obvious menu layout. Unfortunately, that person is not PortKeys. At least not today. The Menu system uses a series of swipes and taps to navigate. While navigating the menu you are on might be easy, navigating to the menu you want is hard. I’m hard-pressed to believe that any amount of time with the monitor would teach me that swiping up when on the focus parameters will take me… I have no idea where.

With that being said, having functions buttons makes the hands-on part of the monitor a little more hands-off. I embedded my most used functions: Waveform, Peaking, False Color, and guides. Really, once your monitor is set up the way you like it, you don’t do a lot of fiddling with it anyway. The most i would touch the monitor for after I’ve calibrated it for the job is to check the battery. Which, by the way, shows a measurement in voltage which is my favorite thing to see on monitors.

It goes without saying, that a monitor of such a high caliber, has all the bells and whistles you’d expect. 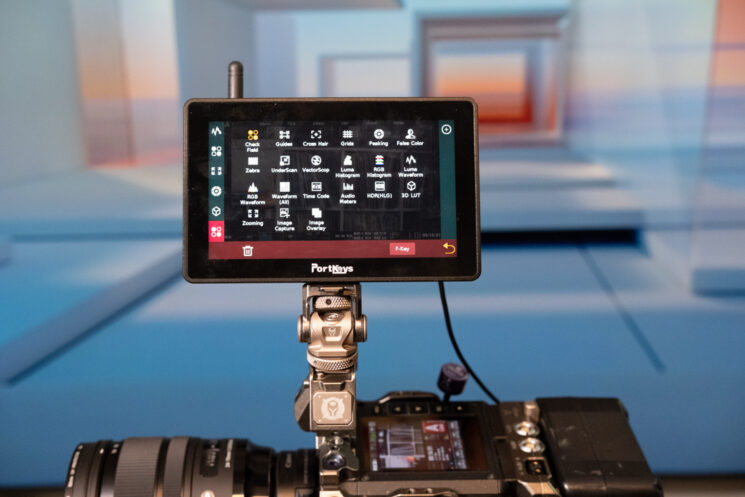 So let’s talk about this panel. It’s a damn good panel. We’ll start by addressing the fact that it is color calibrated on arrival. You have the option to turn it off, but it really does seem pretty accurate. The brightness is a key feature with it being a high brightness monitor: 2200 nits. It’s not the brightest monitor in the world, but it’s more than enough to see in bright conditions. Again the glass is a little reflective, so sometimes it’s a matter of angle. But usually, it’s perfect. Speaking of glass. The 5.5-inch monitor remains pretty small, with bevels that are really respectable considering its size. Sometimes the bevels end up taking a considerable amount of space, making a five-inch monitor bigger than it needs to be. I think PortKeys did a great job on that front. 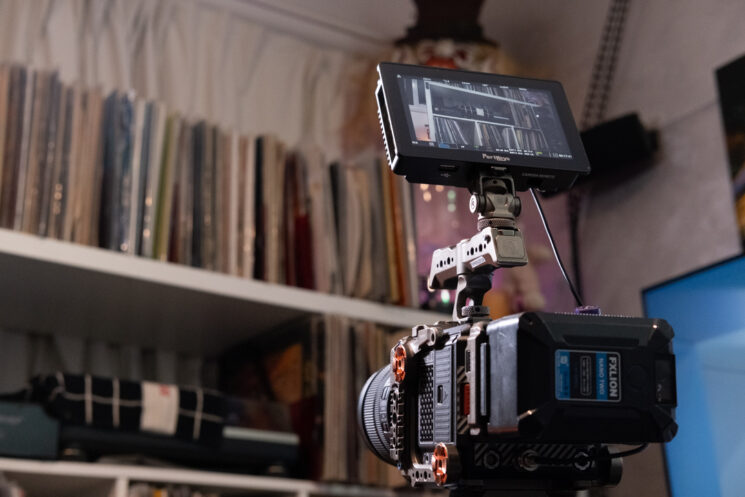 I want to accentuate once again the color accuracy of the screen. I’m not saying that it competes with Flanders scientific or anything, but out of the box, you get great colors. And if the colors don’t seem right to you, you can custom adjust the color settings on the monitor right there. I’m really happy to see a company give that kind of flexibility in calibrating your monitor. Over time you might end up needing this. With most monitors, they would become unusable because they only allow for basic changes.

You also have the ability to upload LUTs to your monitor using the included USB stick.

Now for the main reason why I love this monitor. I have been able to control all my cameras. Its like a universal remote. Being able to wireless control all the parameters from afar and from one place is a game-changer. My pocket 4k and my Komodo both have very low usability Screens. The P4k is great if you’re standing, but for anything handheld, it’s not great since it doesn’t move. The Komodo is only on top, so also not great.

However, being able to change almost everything i would anyway directly from the monitor and have all my monitor functions means I really don’t need the camera monitor anymore. I’m usually not too far from the camera, but we were at least 30m (line of sight) away and controlling the Blackmagic flawlessly. It’s very snappy and it responds well. Not to mention that wireless workflow means working with one less cable. it keeps my rig clean, and it makes me more flexible when shooting to have to care about one thing less. 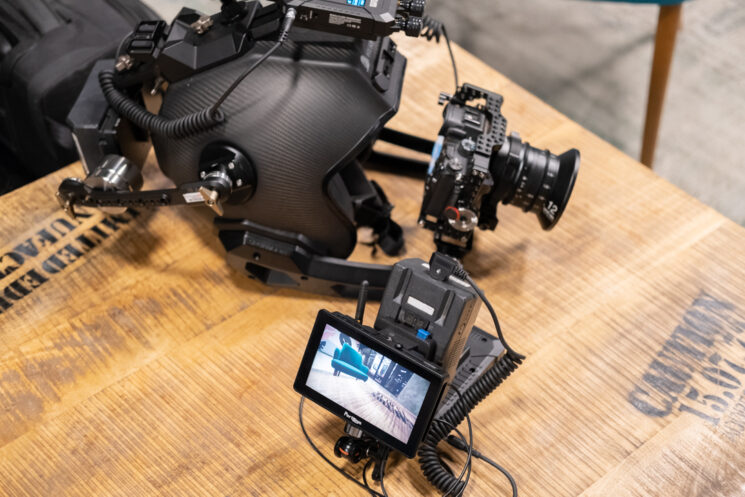 Full disclosure, we had an issue getting our BM5 WR to connect to our komodo at first. I reached out to support (like anyone would) and they were very helpful and gave me all the things I needed to make sure it wasn’t a problem with the monitor. Here is the list of things you should check if you’re having problems:

If you are still having problems reach out to PortKeys, I’m sure they would be happy to help you. 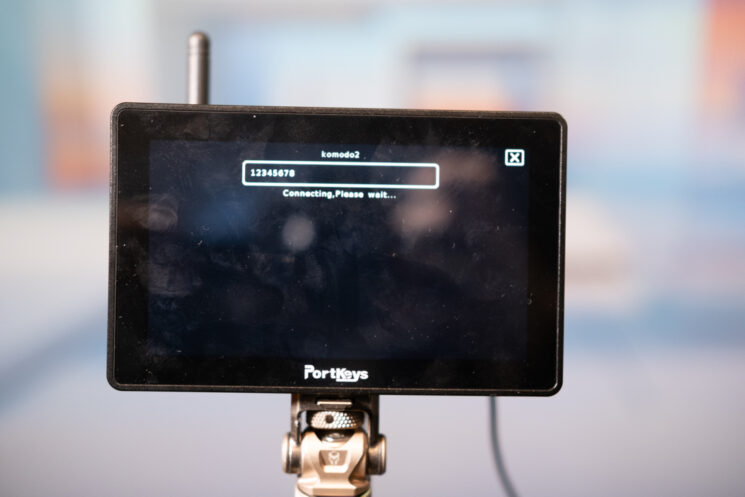 What would make it perfect?

There’s really a lot to love with this monitor. The flexibility, cleanliness, and ease of use are what make this monitor one of my favorites. But it’s not to say that there aren’t a couple of quirks. Here are a few suggestions I would make for V2

Battery slot: I love a rugged battery slot, but the battery is a little too hard to get in, especially with the antenna in, it can be a pain. It is almost exclusively a two-hand job.

Lemo 2-pin or screw DC instead of proprietary (and in general): Too many proprietary cables. I guess 2 pin Lemo cables can be expensive, but DC cables, are cheap and lockable. I would much prefer to have easily accessible cables. Therefore, I bought an extra 5-pin Lemo to D-Tap just to be sure.

Fans are too loud: We are in our winter season here, so I haven’t tested in the scorching sun, but we’ve used it on a couple of warm days. In general, the fan is always on Low, and we’ve never had an overheating problem. I don’t know if it will, but if it does it can be problematic. The little fan in there is a tiny jet engine. Far too loud to be used in an interview, even on medium.

Locating pins: I am really glad they implemented an anti-rotation measure. However, I think universally and especially in higher-end sets, the Arri locating pins is far more common.

The people at PortKeys have been pushing out firmware releases constantly for this monitor. They are a great improvement for the monitor and they show that the company cares about the product. Their most recent update added gesture zooming directly on the screen. It’s things like this that make me confident in supporting a company. There most recent update was only a couple of weeks ago, and it’s a monitor that has been out for more than half a year.

When I pack my bag, I want to feel like the tools I take with me, work for me and not the other way around. The PortKeys BM5 WR has blown me away on being a great balance for almost any use case and its unique offering of wireless control is something that makes it hard to look back at other monitors. As with any technology in our industry, there are always trade-offs. I think that with the monitor you are getting the best bang for your buck. If you are looking for solid build quality, great color, wireless control, exceptional brightness, and a lightweight 5.5-inch monitor. Look no further.

The PortKeys BM5 WR monitor is available to buy now for $749 and is shipping now.