Last December, we featured a timelapse from photographer and filmmaker Jesse Watson. The timelapse was of the SpaceX Falcon 9 launch near Yuma, Arizona. Well, a couple of nights ago, another one launched and landed from California – the first time Elon’s launched and landed in California. Jesse went out to capture it again and this one’s just as incredible as the last.

Jesse spoke to DIYP and gave us a little more background into how the sequence was made. He shot the images from Glamis at the Imperial Sand Dunes in California. He went out there about an hour before the launch.

Four cameras were used in total, a mixture of Nikon D810 and Sony A6500 cameras. Three were shooting timelapse while the fourth was shooting regular video. The final timelapse is made up of 1,169 individual frames taken in sequence during the event.

The post work was all done using Lightroom, After Effects an Premiere Pro – the usual Adobe trilogy for timelapse.

It’s a beautiful final result, especially with the sky being lit up by the rocket’s trail beyond the silhouette of dark clouds. 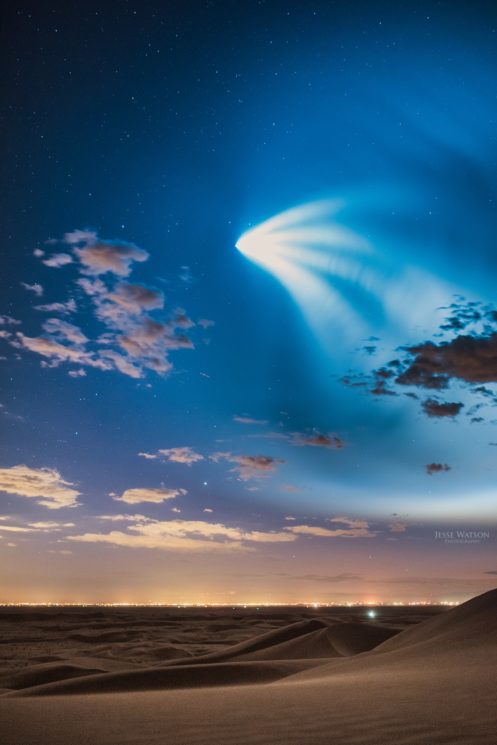 Here’s to many more successful launches, and many more timelapses from Jesse! You can check out more of Jesse’s work on his website, Facebook and Instagram.