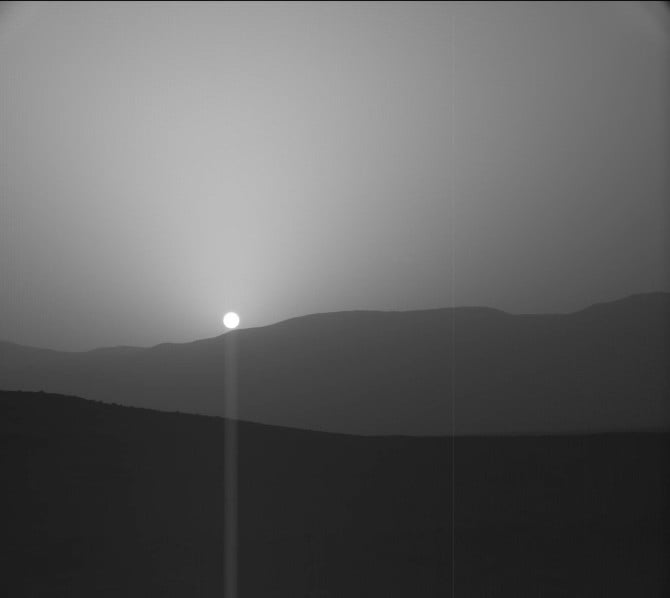 The Mars Curiosity Rover snapped this photo of a Martian sunset several weeks ago, on SOL 956 to be exact, and beamed it back to Earth.

Never mind the Rover’s impressive photographic skills, I still find it mind blowing that such a high-res image travelled 225,300,000 km and made it with all the pixels in the right order.

The photo was taken using the left Mastcam, one of several camera systems found on Curiosity.

The Mastcam system consists of two cameras, both capable of capturing color images and video. This footage is sometimes used to create panoramas of Mars, but according to NASA the cameras also capture monochromatic images such as this one:

“The Mastcam is designed to take single-exposure, color snapshots similar to those taken with a consumer digital camera on Earth. In addition, it has multiple filters for taking sets of monochromatic (single-color) images. These images are used to analyze patterns of light absorption in different portions of the electromagnetic spectrum”.

The camera’s 8 GB internal buffer can hold approximately 5,500 RAW photos or several hours’ worth of HD video, taken at 10 frames per second, before transmitting them back home.

For more tech specs on the Mastcam, head over to the Jet Propulsion Laboratory’s website. 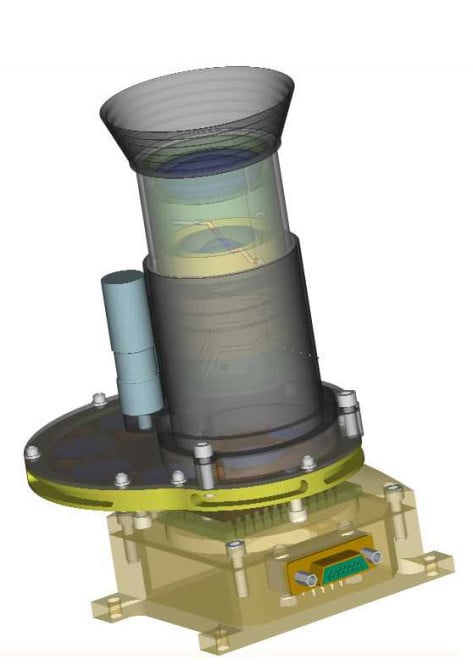 This “winter wonderland” photo was captured on Mars

This cloudy landscape photo was taken on Mars