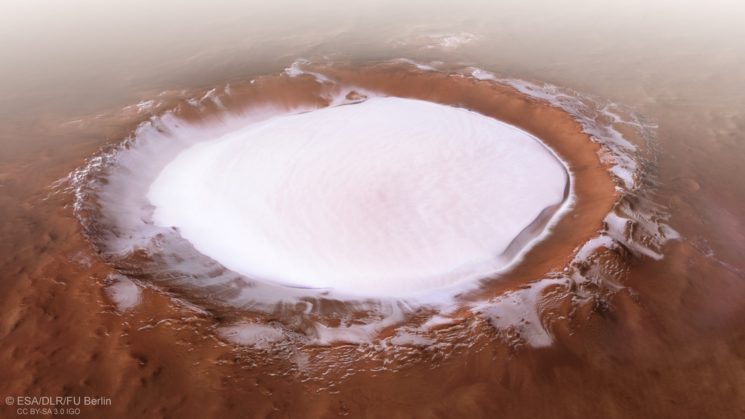 I don’t know if you’ll have a white Christmas in your area. But if there’s life on Mars – they certainly will. In this stunning photo recently released by the European Space Agency (ESA), you can see a crater full of “snow.” It’s actually the ice-filled Korolev crater, and it was recently sent to Earth by Mars Express orbiter.

ESA’s Mars Express mission was launched on 2 June 2003. It entered the Red Planet’s orbit on 25 December, so tomorrow will be the 15-year anniversary of this milestone. Is there a better way to celebrate this anniversary (and Christmas) with a photo of pure, white “snow”?

Okay, it’s not exactly snow, although it looks like it. The Korolev crater is actually filled with ice due to a phenomenon known as a “cold trap.” ESA explains that the very deepest parts of Korolev crater act as a natural cold trap: “the air moving over the deposit of ice cools down and sinks, creating a layer of cold air that sits directly above the ice itself.”

“Behaving as a shield, this layer helps the ice remain stable and stops it from heating up and disappearing. Air is a poor conductor of heat, exacerbating this effect and keeping Korolev crater permanently icy.”

The photo was taken by the Mars Express High Resolution Stereo Camera (HRSC). It comprises five different “strips” combined into a single image, with each strip gathered over a different orbit. In addition, the Mars Express orbiter sent the plan view of the icy crater, as well as an image showing the crater’s topography. 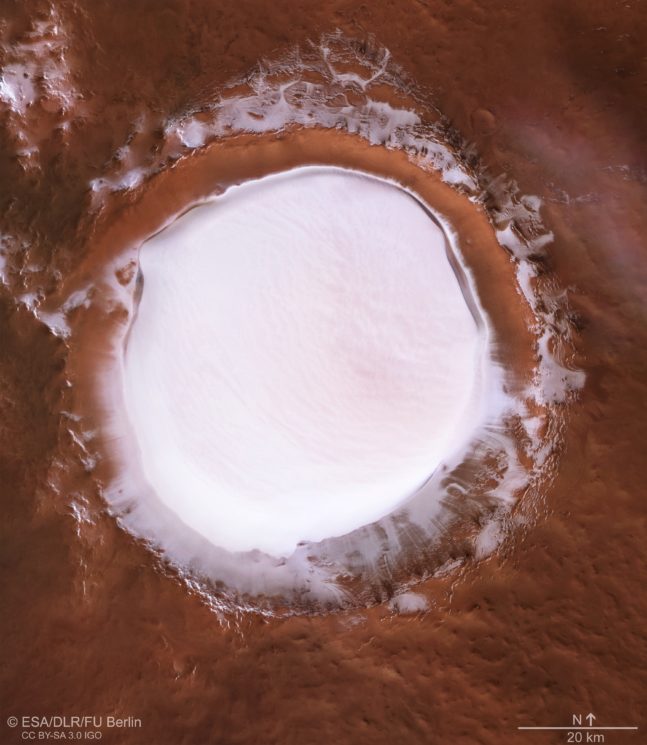 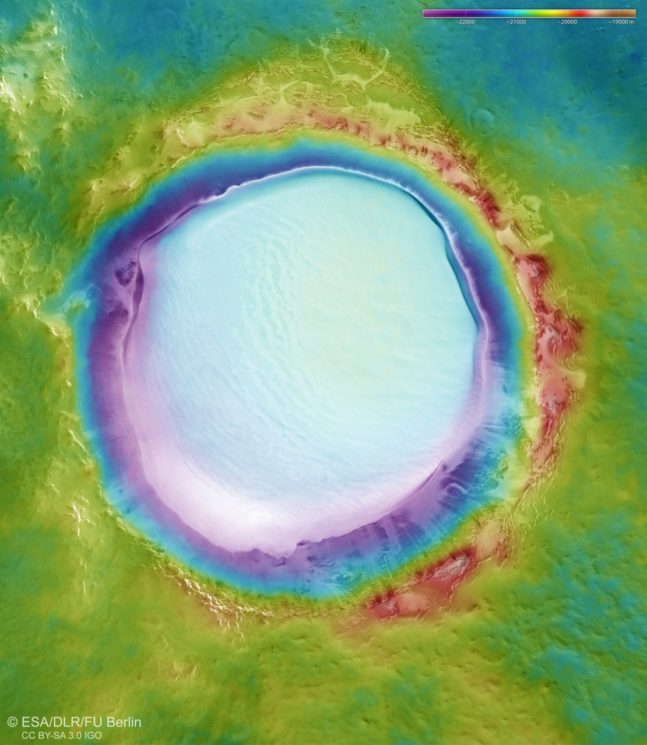 This Couple Let Their Husky Film Their Winter Wonderland Wedding

This Photo of a Sunset Was Captured By a Robot. On Mars.

« This photographer uploaded a photo to a royalty-free stock site only to find it on over 500,000 Walmart products
How to remove red skin in Photoshop in under one minute »