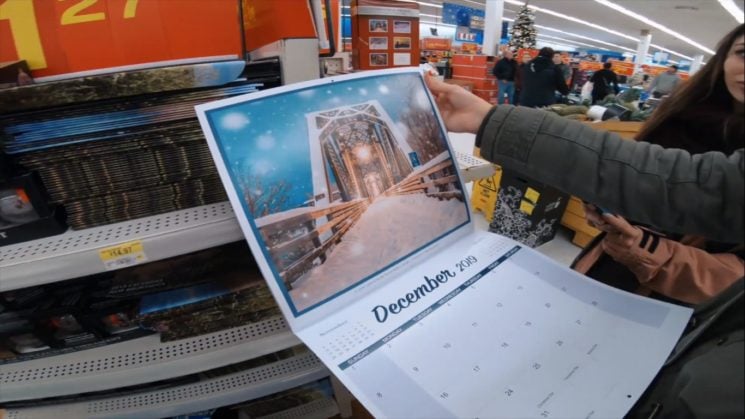 Canadian photographer and filmmaker Michael Stemm recently sold an image through Shutterstock, earning $1.88. Little did he know that it would end up on Walmart products: 500,000 of them! A friend let him know when she noticed his image at Walmart, and the photographer believes that the company is taking advantage of him.

Michael, who is based in Fredericton, Canada, explains that he often takes photos of the city. He took this particular image in December 2017 and uploaded it to Shutterstock’s royalty-free library in February 2018.

The photo was sold through Shutterstock, and a few months later, a friend of Michael’s noticed it at Walmart. It was printed on Christmas cards, calendars, even large blankets. The photographer discovered that Walmart distributed 500,000 units of merchandise bearing the photo he’d taken – and all he got was $1.88. To make things worse, Shutterstock doesn’t even allow you to collect earnings until your account reaches at least $35.

Michael sells copies of his prints and postcards, and he feels that in this situation, the big company has taken advantage of him, “the small guy who makes the time, effort to take the picture and upload.” He complains that Walmart is selling his photo without his permission, but this does depend on the license Walmart purchased. It’s possible Walmart doesn’t require that permission.

The thing is that some licenses allow the buyer to make and sell merchandise with the images they buy, while others don’t. If Walmart has a standard license, which is the default on Shutterstock, then it cannot use the image for merchandise. In this case, I think Michael can sue them and easily win the lawsuit. On the other hand, with an enhanced license, Walmart is permitted to make and sell merchandise using the photo. And in this case, there’s probably nothing he can do. 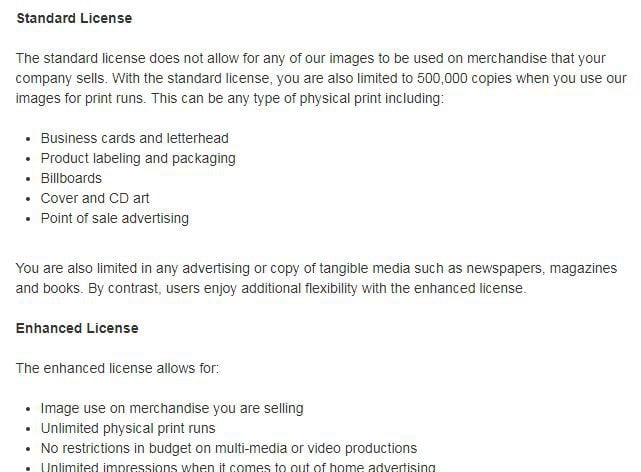 It’s not clear whether Walmart has purchased the standard or the enhanced license. But either way, the company has reached out to Michael in the comment section of his video, so I hope that situation will be resolved soon. We have contacted Michael, too, and we’ll update the article if we hear back.

What do you think of this situation? Who is in the right here?

A Humorous Flowchart On Choosing Royalty-Free Music For Your Project

« Cyclist finds lost GoPro, tracks down the owners after four years
This “winter wonderland” photo was captured on Mars »