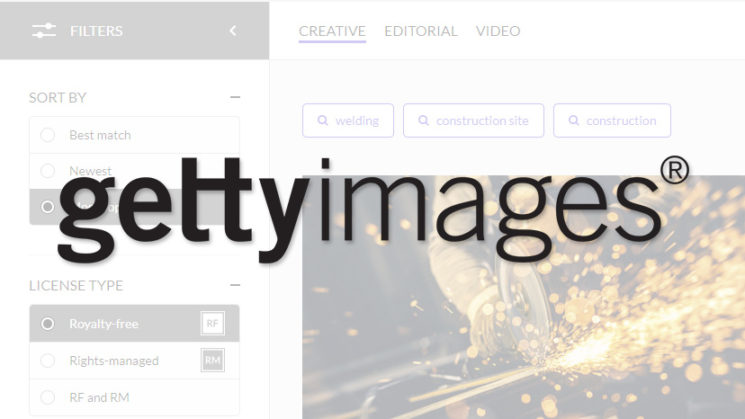 Getty Images has announced that after poring over sales data and customer research, they’re ditching the rights-managed licensing options and going over to royalty-free for their “creative” images. Announced over email, the news makes sense from a business standpoint. This will make it a better deal for customers and make Getty more money. But, it’s not necessarily such a great deal for photographers.

The move comes as Getty’s attempt to “simplify” their product offering for customers. They say that royalty-free is now the preferred and dominant licensing model being purchased due to “the simplicity, value and quality available”. With so much royalty-free competition out there, it’s logical that many customers want to go this route and avoid the hassle of complicated rights-managed licenses. 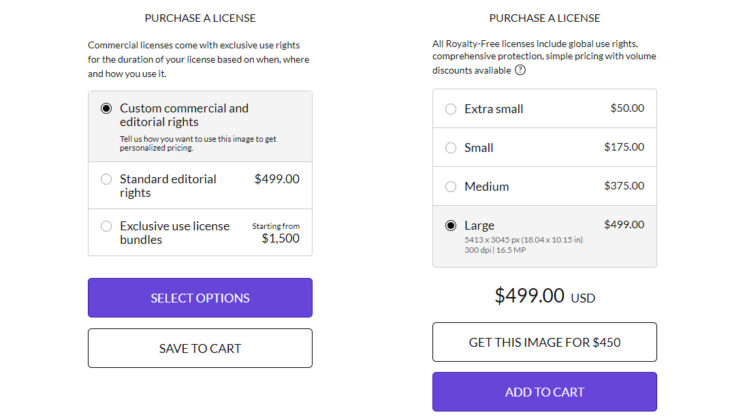 You can see from the screenshot above that the restructuring to royalty-free offers some pretty huge savings benefits for customers over the rights-managed options. However, it also potentially presents a massive drop in income for those photographers contributing content to Getty’s collection.

Getty plans to phase out rights-managed licensing and move to an RF-only creative images offering “during 2020”. They haven’t given an exact date for this, but contributors can now no longer submit new rights-managed creative images to Getty, as of November 6th. By the end of January 2020, they say they all rights-managed images “will be removed from single image licensing (sometimes called à la carte) on GettyImages.com”.

Once the transition from rights-managed to royalty-free is completed, you will be able to distribute your RM images as you wish, says Getty, as long as it doesn’t conflict with any active, unexpired or exclusive licenses. So, if you sold a five-year exclusive RM image license to a customer last year, for example, you can’t put that image up as RF until that license expires.

Of course, the counter-argument to those complaining about reduced income is to just shoot more, shoot better, sell more images. Or that the simple act of going to a reduced cost and simpler license will result in more sales. But whether that becomes the reality or not is another matter entirely.

You can read Getty’s statement in full, here.

« Learn from the master: This is how Martin Scorsese directs his movies
Five common portrait mistakes and how you can fix them »