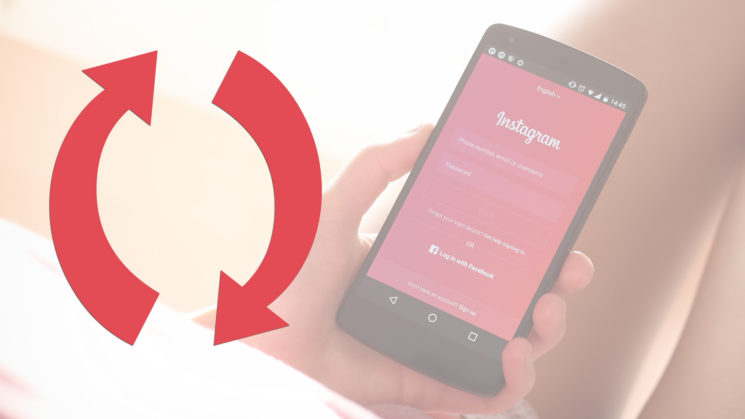 It’s been a while since Instagram started allowing its users to share other people’s posts in their stories. If you thought it was only a matter of time when you’d be able to share stuff to your feed – it seems that this time might come soon. Instagram is currently testing the feature that will allow users to natively share other users’ posts to their feed, not just to Stories.

According to The Verge, the new option is internally known as “seamless sharing.” It’s available under the “…” menu in the top right corner, from where you can access the “Share to Feed” option. When you do so, the reshared posts appear in the feed under the username of the person who originally shared it. The Verge writes further that posts can be reshared at least twice. In that case, the trail of both users who shared it previously will appear in a stack above the post.

The same source writes that the resharing feature could be available for the business accounts first. After all, it was the case with Instagram features before, such as post scheduling and multiple uploads. Whatever the case may be, the “seamless sharing” is still in its test phase and there is no information on when it will be launched. And if it will be launched at all.

Sharing others’ posts has been around on Facebook, and we can see something similar on Twitter too. But Instagram has been resisting the implementation of this feature for years. However, Instagram co-founders Kevin Systrom and Mike Krieger told The Wire that it was something they debated a lot. On the one hand, “Instagram is full of awesome stuff,” and people obviously like the idea of resharing other users’ content to their followers. But on the other hand, the founders want to keep the social network “focused on the people you know rather than the people you know finding other stuff for you to see.”

Personally, I think Instagram already looks too much like some other social networks, and already includes too many options. I recently made a new account and I am trying to keep up with all the changes that have been implemented ever since I deleted the old one.

When it comes to the resharing feature, I think it can be a positive change for photographers who use Instagram to promote their work. Simply, it could help your work to be seen by people who don’t follow you (yet). But what about you scrolling through your feed? Would you like to see stuff from random accounts you don’t follow?

In my case, I’m used to seeing content from people I don’t follow, since my friends share it on Facebook and I remember the same concept from Twitter. Sometimes there’s good stuff, but other times the shared posts make me roll my eyes, like, really hard. Since the latter is more common, I’d like to have at least one social network where I can be focused only on the people I know and the pages I want to follow. So I’d prefer that this feature never goes live, but that’s just my two cents. What do you think?

Update: Instagram has updated the public on this topic, saying that the company is “neither building nor testing a regram feature.” So, apparently, we will not see it any time soon. But considering that it’s been “debated a lot”… Who knows what the future holds.

[via The Verge, update via Engadget]