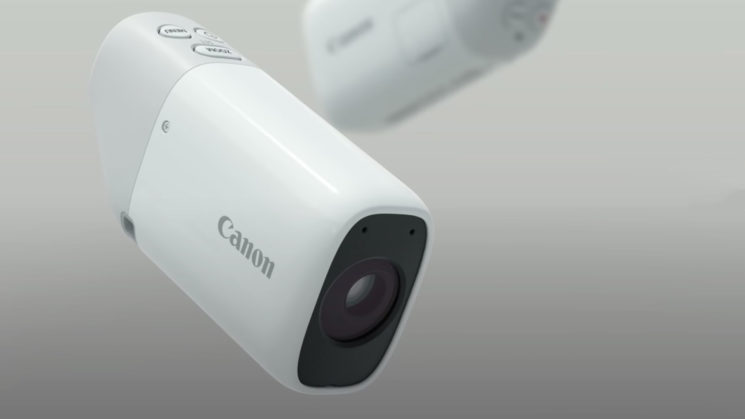 I’m not sure how I feel about this one yet. On the one hand, it’s pretty cool and interesting. A new take on the tech that could be very useful to a lot of people – especially sports goers, if Canon’s promo video is anything to go by. But on the other, it’s pretty weird. Is it just a gimmick that’s going to disappear in a year like Nikon’s failed interpretation of 360° and action cameras?

It’s called the Canon PowerShot Zoom and the concept is actually pretty cool and looks a bit like a director’s lens. Except, instead of having an optical viewfinder and a lens mount it’s got an electronic viewfinder, it shoots photos and video and has a built-in lens that offers the equivalent field of view up to that of a 400mm telephoto lens on full-frame.

It was first shown off as an early concept way back in 2018. Canon brought a handful of them to The Photography Show that year with a couple of other concept cameras and we went along to have a chat with them about it. It looks like it’s evolved a little since then, though, although even in 2018 they said the goal was to give it a 400mm equivalent lens and it looks like they’ve pulled it off.

With the compact camera market seriously suffering (and pretty much on life support) due to the onslaught of smartphone cameras, which get better and better every day, it’s not much of a surprise that companies are starting to turn towards more special-purpose cameras and trying new designs and ergonomics to try to make things a little easier to use and create a different experience. 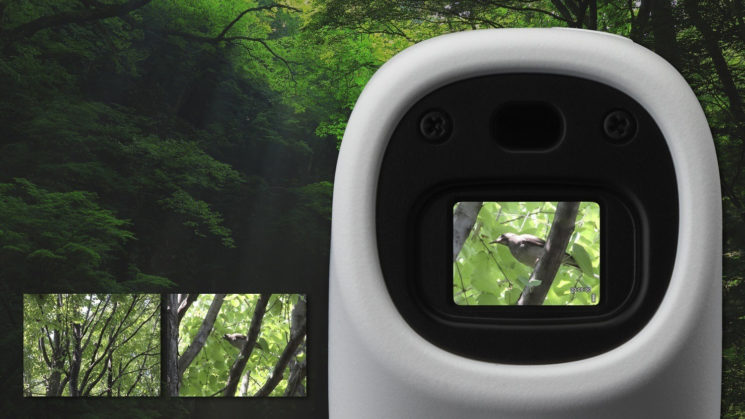 The camera was launched on Japanese crowdfunding site Makuake and is said to have hit its target and sold out in a mere 13 hours. So, the design and feature set obviously appeals to quite a few – at least in Japan. It shoots 12-megapixel telephoto images on a 1/3″ CMOS sensor with a 100-400mm full-frame equivalent field of view. It has facial recognition autofocus as well as built-in stabilisation and it shoots 1080p Full HD videos.

Even though its hope is that it can replace your smartphone for many photos (after all, how many have the equivalent of a 400mm lens in them?) you can still transfer images from it to your smartphone for editing or sharing online. But that 1/3″ chip is a little smaller than many of the sensors being found in smartphones today. So, exactly how it’ll hold up in the real world remains to be seen. It is only 12-megapixels, though, so the pixel density isn’t super high.

Although only available in Japan (for now, at least) the ¥31,460 price tag works out to around $300 US or £230 in the UK. Canon hasn’t said that it will be coming to other parts of the world (they haven’t said it won’t, though) but if it does, that’s not really all that bad when you consider flagship action cameras (the ones worth buying) typically cost somewhere in the region of $350-450.

It’s odd, but it’s intriguing. Would you use one?

Weird monocular Canon PowerShot Zoom camera is coming to the US