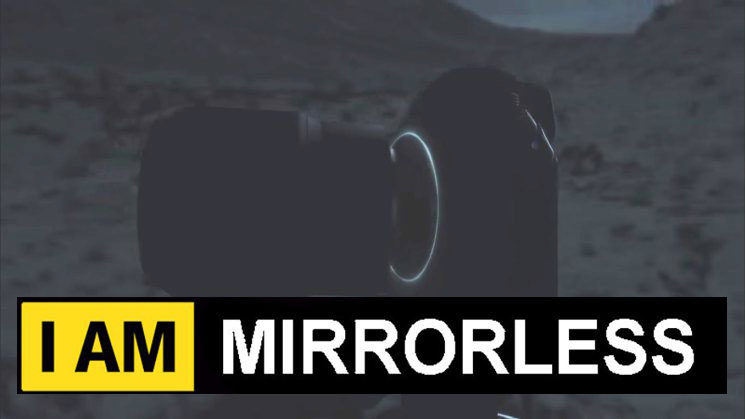 Did you spot what I said there? “Camera” not “cameras”. This doesn’t discount the possibility of a second rumoured camera, or even an APS-C mirrorless, but they’re only officially confirming one body for now – and they haven’t said whether it’s the rumoured 24-25MP or 48MP camera.

Nikon has also confirmed that there will definitely be a new lens mount. Of course, this was pretty much a certainty. There’s no point going mirrorless if the body’s going to be just as big as their DSLRs with the same flange distance as F-Mount bodies. Nikon has confirmed, however, that there will be an F-Mount adapter that “will enable the use of a wide variety of F-Mount NIKKOR lenses with the new camera”.

Exactly what this means as far as lens compatibility is anybody’s guess. It may mean only the new electronic aperture lenses will work and not G type lenses with a physical aperture lever (unless you can manually override it – like D type lenses – or the adapter adds an aperture ring back). While not confirmed, it will probably only autofocus with AF-S and AF-P lenses, too, not AF lenses that require an in-body focus motor. So, while it may “enable the use of” a whole bunch of Nikon glass, it may be to varying degrees of compatibility.

But there will be new lenses coming for the Nikon mirrorless camera of the new mount type. Exactly how many lenses and at what focal lengths and apertures remains to be seen.

I’m actually a little curious to see where they begin with lenses for the new system. Are they going to go with the usual popular 35mm, 50mm and 85mm primes? Will they be constant aperture f/2.8 or f/4 zooms? Or will they be entry level variable aperture “kit zooms”? The latter seems the least likely, to me, as a full frame mirrorless camera doesn’t sound all that entry level.

There’s been no mention of exact specs or capabilities yet, but I really hope they don’t screw up the video side of things. I also hope that it has a flippy out (not flippy up, or down or tilting) LCD. Or, at least I hope it’s better than the Nikon 1 system was.

Nikon says that “details, including the release date and suggested retail prices, will be shared at a later date”, so we’ll be sure to keep you posted as we find out more.

For now, Nikon USA has put up another mirrorless microsite, which you can check out here – although there’s not much on it yet.