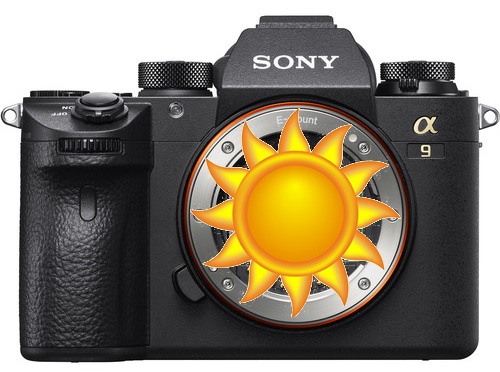 Most of the reports coming in about the new Sony A9 are pretty enthusiastic about it. Despite the high price tag of $4,500, it seems to be getting a lot of positive attention from Canon and Nikon flagship owners.

But today, we saw two different reports claiming that the camera has overheating issues. The first report is coming from videographer Danny Eusebio (AKA that1cameraguy). Danny shares that his A9 got the overheat indicator turning on after only 20 minutes of shooting. In comparison, Danny mentions that he shot in the same location, at roughly the same time, with the Nikon D500, without any issues.

Admittedly, Danny shot out in the sun, but the A9 being a sports camera, sun is kinda expected.

We saw another report today at DPReview coming from William Prip sharing a similar story. William’s A9 got the overheat indicator blinking after about 45 minutes of shooting stills. 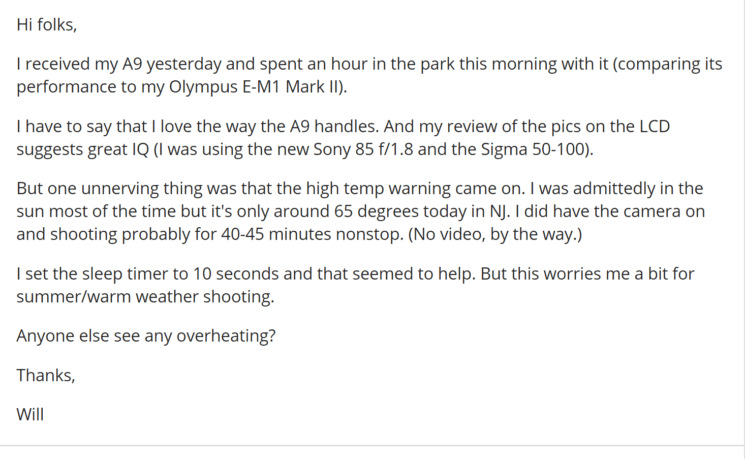 Overheating is not new to Sony. The A6300 had overheating issues that were presumably solved with the A6500. This does call for some caution. If Sony’s other cameras were overheating, maybe the A9 is overheating as well.

On the other hand, none of the reports mention that the A9 was shutting down, they only mention that the indicator was turning on, so we can not say if this is an issue of a false-reporting threshold, or of actual overheating.

Also, on the defending side, is that we are only seeing two reports, out of probably tens of thousands (it not hundreds) of usage.

What do you think, are those overheating reports isolated or are we looking at something the proportions of the Nikon D600  Nikongate.