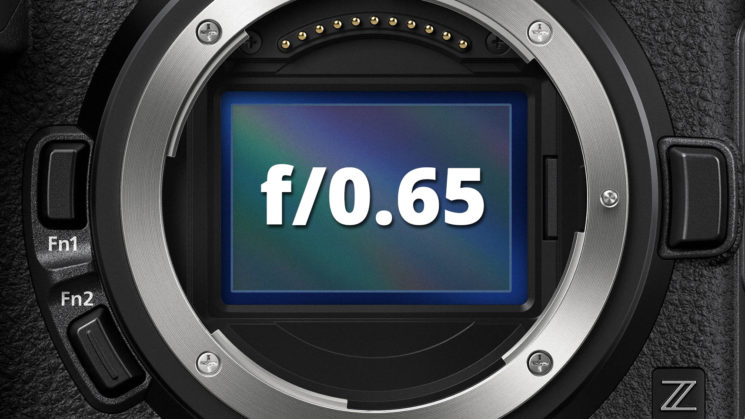 At trade show Salon de la photo 2018 in Paris, French photography blog Mizuwari got to sit down with Nikon France Director of Marketing and Communication, Nicolas Gillet to talk about the new Nikon mirrorless cameras.

Mizuwari transcribed the interview, where they talk about the f/1.4 limitation of the Nikon F mount, and how the new Z mount overcomes this, offering a theoretical new limit of f/0.65 with autofocus capability.

In a question about a dream Z mount lens, Gillet talks about a number of existing lenses and new prototypes that exist. He alludes to the f/1.4 autofocus limits of the F mount and the new possibilities offered with the Z mount.

We could imagine things that are more extreme in terms of focal range. I am curious to see the 24-70 mm f/2.8, which it will be able to bring with its additional diaphragm compared to 24-70 mm f/4, which is already so good. I look forward to finding out if we are going to be even higher in terms of rendering. You see, there is already the 14-30 mm f/4 that comes and already shows capabilities that were not necessarily predictable on the paper and compared to the constraints of the mount F. We increase the focal range with the Z mount, while remaining much more compact and adding the ability to filter in front. These are things that are really interesting.

For the record, Nikon’s optical engineers have calculated that the Z mount can accept lenses up to f/0.65!

Of course, this is all in theory. There are no guarantees that Nikon will ever actually produce an f/0.65 autofocus lens. And, even if they do, such insanely wide apertures aren’t going to be practical in many situations. You’re just not going to get enough depth of field wide open a lot of the time, and the price of the lens would be astronomical.

Still, it will be exciting to see what lenses Nikon does release, with some of the F mount limitations removed.

The interview also talks about the future of entry-level and mid-range DSLRs, including the D3x00, D5x00 and D7x00 series and whether they’ll be replaced in Nikon’s lineup by new mirrorless models. They also discuss the potential issues of 3rd party lenses with the new Nikon Z mount.

It’s an insightful read if you get a little time to go through it and well worth checking out.

« 60MP and 36MP sensors with 8K video could be coming to the Sony A7III, A9II and A7RIV
This video shows why you need to be cautious when buying used online »