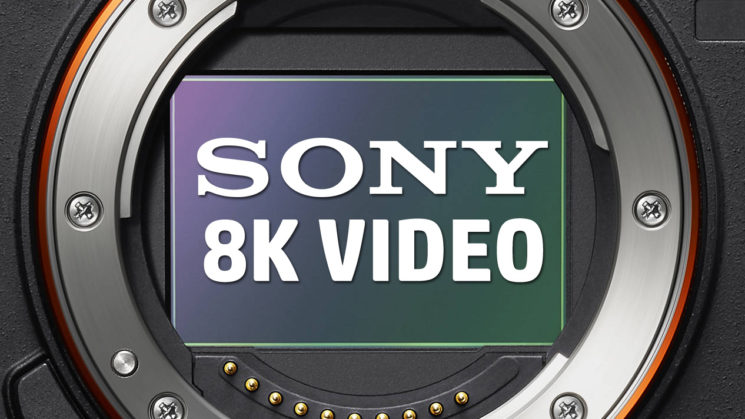 With the flood of new mirrorless cameras on the market offering 10-bit video, and those expected in the new year, it looks like Sony is taking no prisoners. Sony Alpha Rumors is reporting that Sony is about to announce two 36-megapixel and 60-megapixel sensors capable of shooting 8K video at up to 6o frames per second. And they may even offer 16-bit RAW stills.

According to SAR’s source, which they say has been 100% correct in previous information shares, the specs for the two sensors are very impressive.

8K does seem like it might be a little excessive. The bitrates required for recording quality 8K video are pretty ridiculous. Although, CFexpress would soon solve that particular issue. But the editing systems you’d need would be pretty immense – far beyond those of most that would typically be shooting Sony mirrorless (or any mirrorless, for that matter) cameras for video.

But Sony will apparently also make these sensors available to third parties. This means they could also appear in dedicated video cameras, and not just Sony’s own line of mirrorless cameras. In fact, SAR doesn’t believe these sensors will even make it into Sony mirrorless cameras. But I think it’s still possible. Just because a sensor is capable of a certain spec doesn’t necessarily mean the camera will make full use of it. Throttling hardware isn’t that uncommon.

But if a hypothetical A7SIII is to receive this 36-megapixel sensor, it might explain why it’s taken them so long to announce it. Of course, such high resolutions and the kind of ISO performance that made the A7SII so popular rarely go hand-in-hand.

So, I guess we’ll just have to wait and see. The new sensors are expected to be officially announced soon.

« Why you shouldn’t do street photography: the problem of ethics and representation
Nikon’s Z mount can take autofocus lenses with super wide f/0.65 apertures »