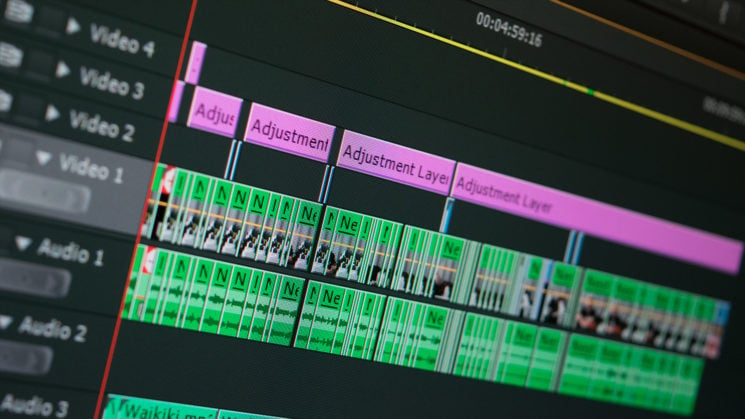 A freelance videographer by the name of Dave Cooper is suing Adobe for the deletion of around 100,000 digital video clips totalling around 500 hours. After upgrading to Premiere Pro 2017 v11.1.0 in April of last year, he claims that a bug caused the deletion of video clips that cost him around $250,000 to create.

He says that the bug exists in the “clean cache” feature which deletes temporary files and backups created during the editing process. And Adobe has actually acknowledged this bug, but I can’t help but feel there’s quite a bit of user error here.

So, a little background for those who don’t know how Premiere Pro’s media cache works.

Video editing uses up a lot of hard drive space. You’re dealing with some pretty big files, and when you’ve got a bunch of effects and transitions and clips in different locations, it can get really slow. In order to help speed up the process, Adobe will copy or render many of the clips and effects into a media cache folder for fast access. My own Premiere Pro media cache folder currently sits at around 78GB, as an example.

Normally, you’d specify a dedicated space for this media cache folder. I have mine sitting in its own folder on an SSD, completely separate from anything important (although the drive is still backed up). The “clean cache” feature allows you to periodically erase these files when things get a bit too full and you want to free up space, or just get rid of redundant files from old projects.

Mr Cooper chose to place this media cache folder within another folder that contained all of his footage. The lawsuit says that when he used the Clean Cache feature, which normally only erases the files that reside within the media folder and its subfolders, it deleted everything in the parent folder, including all of his footage. Footage that he apparently hadn’t backed up anywhere.

The bug was definitely noticed by Premiere Pro users and we reported it here on DIYP last year. Adobe acknowledged the bug, quickly issuing a fix. But this fix was too late for Mr Cooper. After several days of attempting to recover the lost files, he came to the realisation that they were gone forever. And while other users reporting the bug did have backups, Mr Cooper did not.

Despite the bug now being resolved, Adobe “still strongly recommend keeping the Media Cache folder separate from your original media”.

So now he wants $250,000 to cover the costs of creating the footage, which was made between 2010 and 2017, and loss of future licensing opportunities for the footage that no longer exists.

Now, I feel for the guy, but my first reaction on hearing this story was “What kind of an idiot doesn’t back up 7 years worth of footage?”. I mean, if you’re holding what you believe is $250,000 worth of footage, why wouldn’t you spend a few hundred bucks on a NAS or a bunch of external hard drives to make copies of everything?

Ok, so that might sound a little like victim blaming. But it’s really not. It’s Adobe’s bug that caused this to happen, and it never should have happened. But, really, no backups?!? And storing your temporary media cache with your actual footage? That kind of defeats the purpose of having a fast cache folder in the first place.

This isn’t the only time that bugs with Adobe software have caused files to accidentally become erased. Creative Cloud’s login was deleting files on the Mac back in 2016. And earlier this year, Photoshop had a saving bug on the Mac which would occasionally cause files to disappear.

While it obviously sucks to be this guy, back up your work, people. It’s not that difficult or even that expensive anymore. Hard drives are cheap, especially compared to $250K’s worth of footage.

You can read the full lawsuit here.