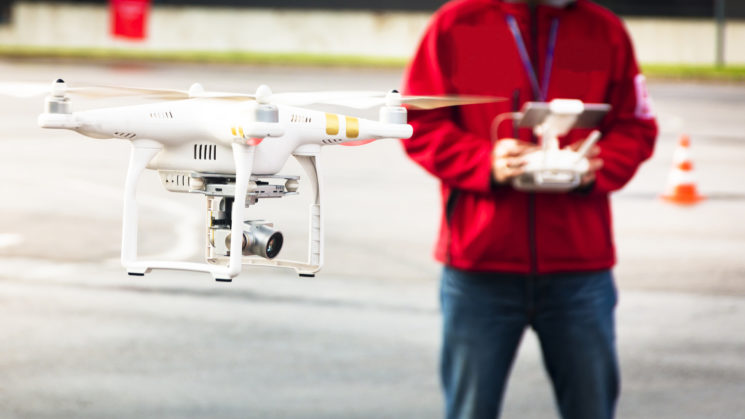 A Hollywood man recently pleaded guilty for recklessly flying a drone and hitting a police helicopter with it. This misdemeanor will land him up to a $250,000 fine, and a maximum of one year in federal prison.

The incident took place on 18 September 2020. According to the plea agreement, 22-year-old Andrew Rene Hernandez heard a police siren near his home and a helicopter flying overhead. He was curious about what was going on, so he launched his DJI Mavic Pro Platinum to take a look at the crime scene.

At the time of the incident, two police officers were flying towards a reported emergency. As the helicopter approached the crime scene, the pilot saw the drone and tried to avoid it. However, the two aircraft collided after all.

The drone hit the helicopter’s fuselage, forcing it into an emergency landing. Thankfully, the officers were unharmed, but this could have easily had a different outcome. According to the affidavit, “if the drone had struck the helicopter’s main rotor instead of the fuselage, it could have brought the helicopter down.” The police identified Hernandez via his drone’s memory card. He was charged in November 2020 and will be sentenced on 12 April 2021.

I’d say it’s common sense not to fly near other aircraft or a crime scene (or in this case, both). But I guess not all people are equipped with common sense. For those who aren’t, there are even FAA guidelines that tell them not to fly a drone over a crime scene or accident site. It takes a minute of googling to find out whether you’re allowed to do something with your drone or not, even if you’re not sure of the rules. But that doesn’t seem to be the way to go for those who want to take a peek at what’s going on before they hear it in the news anyway.

« The Godox V860III is on the way with improved UI, foot lock and (maybe) an LED modelling lamp
How to create a natural light portrait studio in your garage in under 5 minutes »