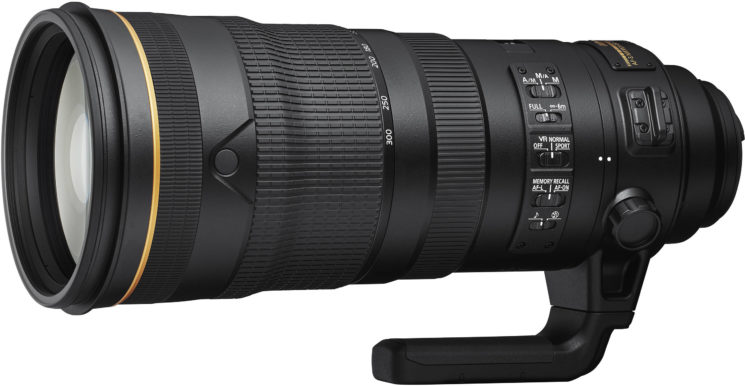 Well, this one’s come just in time for the Tokyo 2020 Olympics, huh? While Canon seems to be dumping EF, Nikon isn’t abandoning the F mount.

Nikon has now announced their new AF-S 120-300mm f/2.8E FL ED SR VR lens, costing a whopping $9,496.95. It looks like an absolute monster of a lens, but ideally suited to shooting the kinds of sports they’re going to be having in Tokyo this year, as well as all the usual sporting events.

Nikon announced the development of this lens back in September at the same time as the Nikon D6. Interesting that we didn’t see that one announced yesterday, too, alongside the new Nikon D780. Perhaps they were worried about competing with the 1DX Mark III announcement?

The Nikon 120-300mm f/2.8E is designed for speed, reach and flexibility, which will likely start to make this lens a favourite amongst Nikon shooters over the battle-tested and very popular Nikon 300mm f/2.8G ED VR II prime lens. Many sports photographers might previously carry a pair of bodies with the 300mm f/2.8 on one and a 70-200mm f/2.8 VR on the other. This could potentially replace both of those. And the cost of the 120-300 vs the 70-200 & 300 combined isn’t that dissimilar. 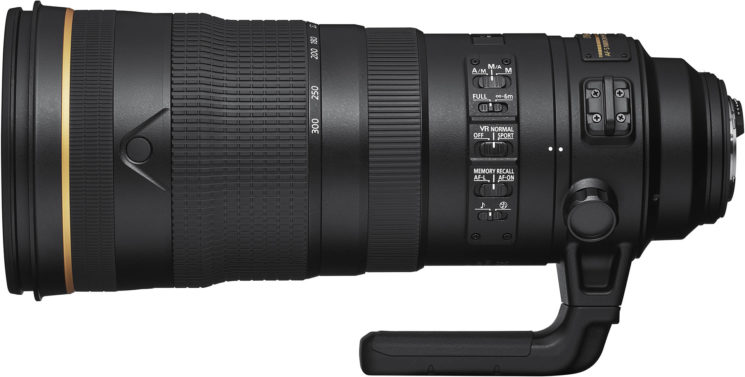 Naturally, it’s a full-frame lens but will also work on DX bodies like the Nikon D500 where you’ll get a field of view equivalent to a 180-450mm lens on a full-frame body. Throughout the range it has an f/2.8 maximum aperture, Vibration Reduction with a dedicated Sport Mode for fast-paced conditions, and a tripod mode to help suppress ground vibrations.

The “SR” in the name stands for “Short-wave Refractive” glass elements. Along with Fluorite, Extra-Low Dispersion (ED) elements with ARNEO, Nano Crystal, and Super Integrated Coatings, these help to improve clarity, sharpness and colour accuracy while minimising ghosting and chromatic aberration.

I would imagine most people picking up this lens will spend most of their time at the long end. Given how much newer it is than 2009’s 300mm f/2.8G VR II, with more recent autofocus motor technology, I’m interested to see how how the performance of the two will compare at that focal length once this lens starts getting into peoples hands and seeing some real-world use.