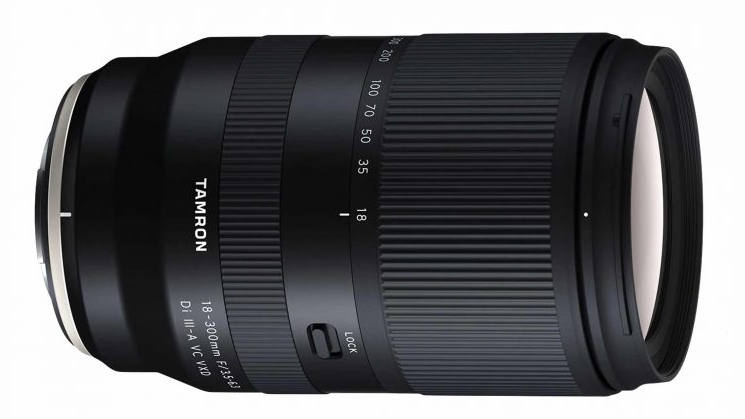 Since Fuji decided they were opening up their X mount to 3rd party lens manufacturers to be able to make autofocus lenses, we’ve seen a few new releases trickle out from manufacturers like Tokina, Viltrox, Pergear and even Zeiss. But so far (unless I’m mistaken – and I’m sure all the Fuji shooters will correct me in the comments if I am), it seems all those 3rd party autofocus Fuji X mount lenses have been prime lenses.

Well now, Tamron has announced the development of not only its first lens with a Fuji X mount, but the first 3rd party autofocus zoom lens for the Fuji X mount system, the Tamron 18-300mm f/3.5-6.3 Di III-A2 VC VXD (what a mouthful!) APS-C superzoom lens. Coming later this year, it’s also going to be available in Sony E mount flavour, too.

Tamron sure doesn’t do things by half, do they? While this is obviously a consumer lens, with an extreme focal length range and variable aperture, it is going to be a welcome one for many casual Fuji shooters and it fills a slot that currently remains empty (even from Fuji themselves). It covers a very wide zoom range with an equivalent field of view to that of 27-450mm on a full-frame sensor for a total 16.6x zoom ratio.

According to the press release, this do-it-all general purpose lens is expected to come in Autumn 2021, and will be available in both Fuji X and Sony E APS-C mounts, but not much information has presently been released besides that.

It will have a “minimum object distance” of 5.9″ (which probably means from the front of the lens, to make it sound really close, relative to the actual minimum focus distance, which is measured from the film plane), with “extremely fast and precise autofocus”. The “highest-level in its class”, they say – which wouldn’t really be all that difficult because there aren’t really that many lenses out there that offer such an extreme focal length range and most of the ones that do are a few years old now.

As one would expect with a lens of this range and long end focal length, it’s a “VC” lens (Vibration Control – Tamron speak for IS, VR or OIS – stabilisation, basically), moisture resistant and fluorine coatings with a zoom lock switch, compact form factor and a 67mm filter thread.

Beyond that, your guess is as good as ours. It is expected to be released sometime in Autumn 2021, but no price tag has yet been announced. Given that Nikon’s 18-300mm f/3.5-6.5G ED VR for F mount DSLRs still sells for about $650, though, I expect the Tamron will likely fall somewhere around that price, too, but perhaps a little less.