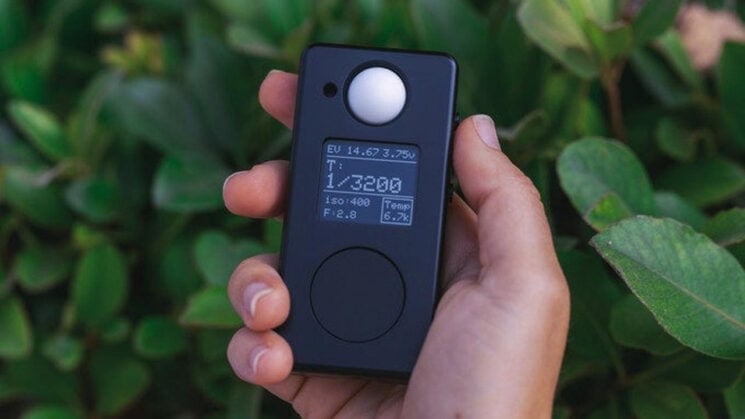 I’ve used light meters for as long as I can remember in my photography. While many don’t believe they’re still required with digital photography, I still always have my trusty Sekonic in my bag. They are very popular with film shooters, though. Light meter design hasn’t really changed all that much over the years, but one company believes they don’t really fit the aesthetic of modern film shooters.

Negative Supply (you might remember their film scanning holder from a couple of years ago) believes most people are shooting old metal cameras and so they should have a metal light meter to go with it. So, they’ve released the Negative Supply LM1, an all-metal, pocket-sized light meter that measures both ambient light and flash, as well as colour temperature, via Kickstarter.

Other than its all-metal construction, the immediate thing you notice about the LM1 is its size. It’s significantly tinier than my Sekonic L-758DR, and should easily slip into your pocket when not in use. It measures 1.75″ wide by 3.5″ tall and is only 0.5″ thick. It sports a 144×168 pixel backlit TFT-LCD display that they say is readable in even the brightest sunlight and four buttons offer easy one-handed operation.

They say it’s designed for accuracy and ease of use, offering 1/3rd of a stop adjustments for ISO, aperture and shutter speed. It features an integrated rechargeable battery that they say offers weeks of standby time and can hit a full charge in less than two hours via Type-C USB. An automatic sleep mode helps to extend that battery so it’s not draining away when you forget to turn it off. 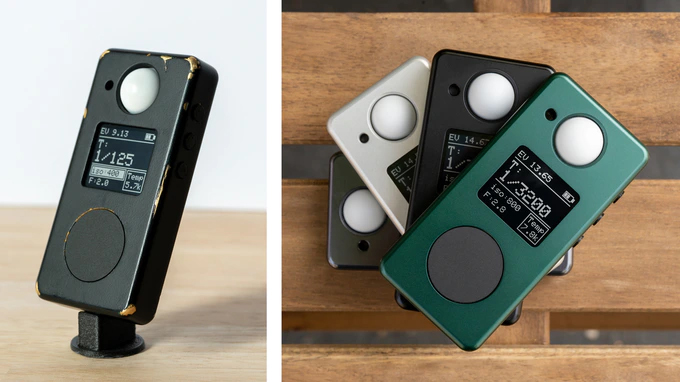 The advantages of a light meter are obvious to everybody who’s ever used one and really learned how they work. It’s why many photographers still choose to use one today even with digital. But companies like Sekonic are still bringing out new models and there are plenty of older models on the used market, so why a new one? The company writes:

The electronic meters currently on the market are bulky, plastic, and don’t live up to the look and feel of the cameras we’ve all grown to love. We decided it was time to change that.

Oh, I don’t know. My first 35mm SLR was a Nikon N90s (F90x outside the USA), and my Sekonic meters fit the look of that just fine, and my F100. Ok, so it might look a little out of place with my Nikkormats, but it does the job. But there are smaller meters out there, took, like Sekonic’s L-308. So, all you’ve really got left is the finish.

They don’t mention the weight of the unit in the campaign that I can see, and although the unit is available in an aluminium version, I’m not sure it would be as light as a smaller plastic meter (like the aforementioned Sekonic L-308) that also fits in our pocket. And, as far as the aesthetic… It kinda reminds me more of an iPod than the camera aesthetic of yesteryear.

Even though the LM1 might be smaller than many modern light meters, its price is not. The aluminium version in flat black is $399. If you want aluminium with a satin metallic green, high gloss slate grey or satin metallic silver finish, that’ll be $349. If you want the brass one, that’ll be $599. And those are the early bird prices. Once the campaign’s over, those prices go up to $479, $529 and $749 respectively.

Personally, I’ll stick with my Sekonic. But if you’re interested in checking out the Negative Supply LM1 and maybe pledging for yourself, head on over to the Kickstarter campaign.