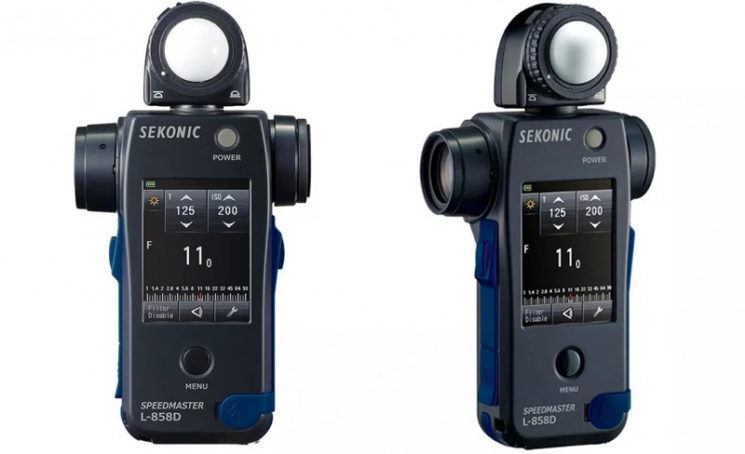 Ever since high speed sync was introduced to speedlights, I’ve seen questions about metering it. Up until now, it’s pretty much been impossible to judge with a handheld meter. You basically have to just go off your histogram. Now, that’s all changed. Originally announced at Photokina in September, Sekonic’s L-858D light meter is now getting into peoples hands.

Being able to meter high speed sync should start to put an end to the debates over just how much power is lost once you go past your sync speed. It should also make repeatability and consistency much easier. When you’re on location and fighting the sun, you’re often changing shutter speed regularly. While this doesn’t have any effect on flash below sync speed, it does when you get into HSS territory.

Even if you’re not a big fan of high speed sync, it’s essentially an update to the L-758. Like the L-758, the L-858 features both an incident meter, as well as a relfective spot meter. But, the familiar array of buttons & monochromatic LCD has been replaced by a 2.7″ touchscreen LCD, similar to that found in the L-478D. 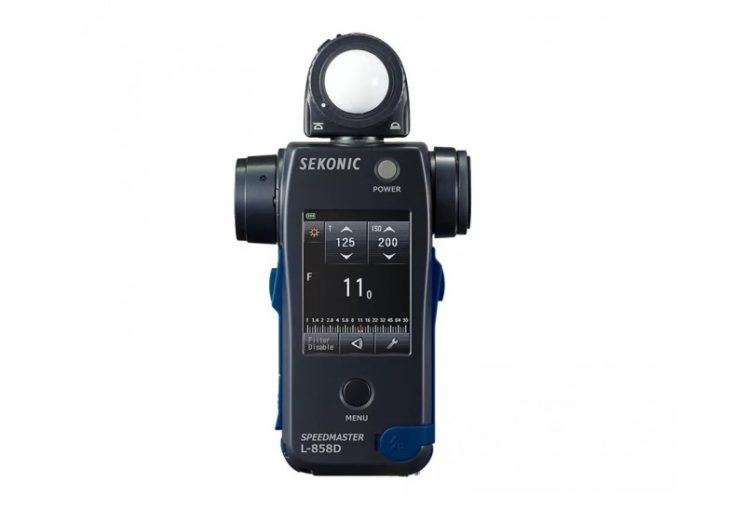 While the touchscreen LCD will be welcome, the addition of high speed sync metering is a potential game changer. With high speed sync starting to make an appearance in much more powerful lights, like the Godox AD600, it’s becoming a much more popular technique on location.

For those thinking of upgrading from the L-758D, the L858D offers increased sensitivity in both reflective and incident meter readings. This allows for readings in much lower lighting conditions.

While the L-858D is now technically available, I’ve yet to find it in the usual places. So far, the only place I’ve seen it for sale is on Foto Konijmemberg at a price of €599, and they’re shipping out now. I know at least one person who’s already received theirs from this seller.

Note: It does not meter Hypersync, Super Sync, Overdrive Sync or any of those other marketing terms for tail sync on flashes that don’t support HSS.

So, what do you think? Do you use a light meter? Have you been itching to be able to meter high speed sync? Will you get the L-858D?

« Professor turns the entire classroom into camera obscura
Don’t get screwed: the emergency kit every photographer and videographer should have »