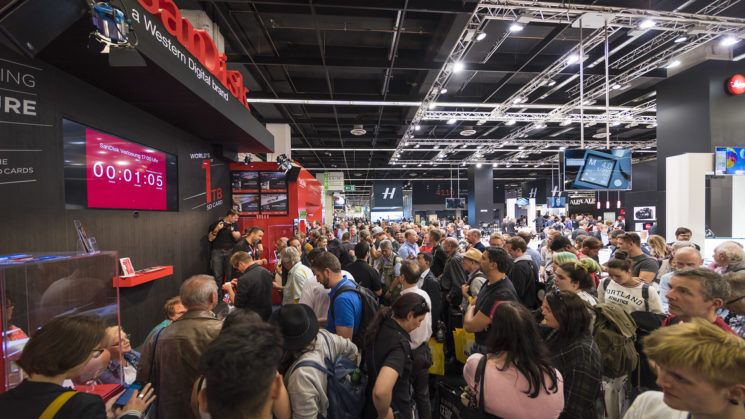 Big photography shows happen all around the world. Some are much bigger than others, but are even the big ones worth going to? It’s a question I see asked quite often online, especially at the moment. The Photography Show is the biggest one here in the UK and it’s on next month. I’m going, and I’d probably still be going even if I weren’t covering it for DIYP. For me, they are worth it. But I know a lot of people who aren’t going, and don’t really see the point.

Having recently attended WPPI in Las Vegas, Joe Edelman tackles this question head on in his new video. There are some downsides to these shows, as there is with almost anything in life. But there are many positives and benefits, too, which Joe talks about. Sometimes it’s the opportunity to learn. Perhaps it’s to play with a shiny new toy you’ve been thinking about buying. Maybe you just go for the networking.

Joe presents quite a few advantages of attending these types of shows. A couple have already been mentioned.

One, a constant in photography, is that there’s always new gear being released. Last year the big ones were the Nikon D5, D500, Canon 1DX Mark II, 5D Mark IV, and the Fuji GFX 50S to name a few. Very expensive items, and people wanted to be able to see them in person. To hold them, and see how they felt. They want to ask questions from people who really should know what they’re talking about (the manufacturers). All in order to find out if it’ll suit their needs before dropping vast sums of money.

On the subject of gear, many of the shows usually have big retailers there, selling equipment at the show. Often there are “show specials”, too. Popular gear at heavily reduced prices. I remember being particularly bummed out at Focus on Imaging (replaced by The Photography Show) a few years ago seeing Nikon SB-900s at around 60% of the regular retail price. Especially as I’d just recently bought four of them.

Joe does, however, warn you to leave the credit card at home, because the temptation to spend is great. And he’s right. At Photokina last year, spending money was all too easy. But I behaved myself. Fortunately, most of the things I actually wanted to buy were still in the prototype stage anyway, so I couldn’t get one even when I wanted to.

Another big advantage is the educational opportunity. Throughout shows like these, highly respected and very experienced photographers give talks and demonstrations. They show how to use equipment or how a certain technique works. Sometimes they talk about other aspects, like the business of photography, or post processing. This is education that would otherwise be impossible to get, if they don’t normally teach. Or, expensive if they do. 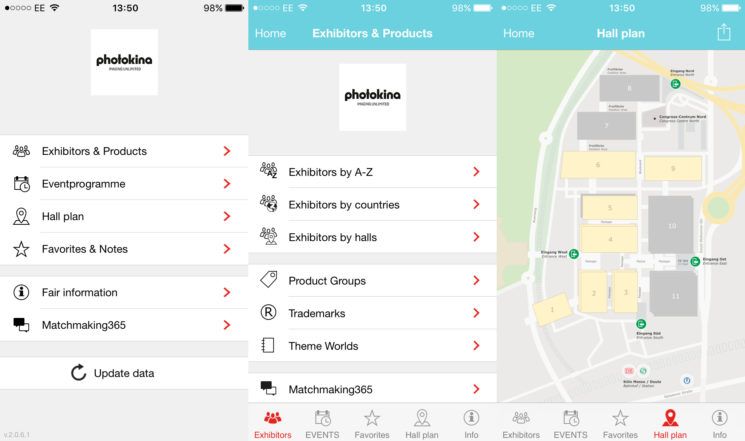 Most of the shows now have apps available,  which help you to plan in advance. Joe suggests taking a full day to walk around the show, and then go back to the booths that interest you. At Photokina, though, you’d probably need at least 2 or 3 days to walk the show and scout out who’s there. Personally, I usually tend to have 2 or 3 stands I need to check out as soon as I show up, and then I do as Joe suggests. I just wander around the show, making notes on who to revisit. Then I go back to them later. 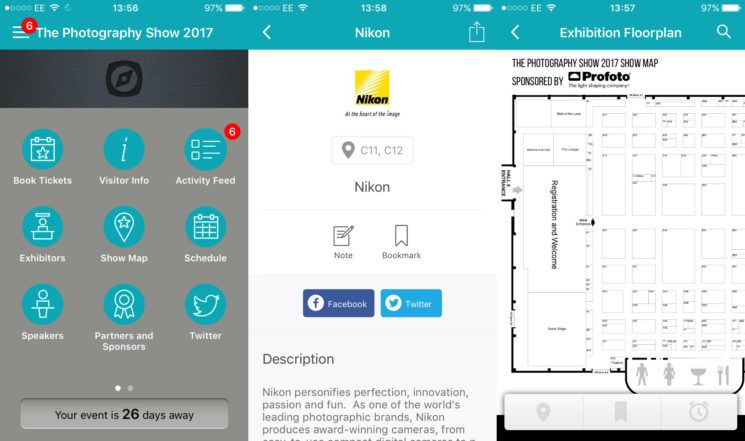 My own opinion on such shows has changed over the last few years. Initially, years ago, I found them quite cool. I’d never been to one before. I got to play with a whole bunch of gear I never even thought I’d see in person. I got to meet some of my photography heroes. Then after a couple of years, the shine kinda wore off. I think that may be typical of many photographers who start visiting shows.

Then, in the last few years, things changed. Sure the fancy new gear is still a part of it, but it wasn’t my primary reason any more. To me, now, they’ve become a place to meet with photography friends I rarely got to see, or had only ever met online. Instead of simply going for a one day visit, I stay for the duration of the show.

The networking opportunities both inside the show and outside of it are absolutely invaluable to me. It’s led to projects and collaborations I never would’ve dreamed of. It’s also made me some amazing friends that I can’t imagine not having in my life now.

I wouldn’t suggest attending every show, though, and neither does Joe. It just becomes far too expensive. But I agree with Joe that a photographer should make attending shows a regular thing. Even once or twice a year is regular enough.

You’ll want to do your research and figure out which of the shows is going to best suit your needs each year. Sometimes it’s based on when gear is announced or released and you want to play with it before you buy. Or perhaps a certain speaker is going to be attending. Or maybe a bunch of people from an online group you’re part of are all getting together. The primary reason to visit one show over another will be down to you, but it’s definitely worth going.

I would suggest that everybody check out Photokina at least once, though.

« Toy Photography: shooting X-Wing Starfighter flying above water
How and why to use a Rode VideoMic as a wireless boom microphone »