If you want people to take you seriously, whether it’s in a vlog or a simple video conference with a colleague or client, you need to have good lighting. As photographers or filmmakers we’re supposed to know this stuff. So, having bad lighting on ourselves doesn’t really set a great impression.

In this video, Jay P Morgan at The Slanted Lens takes a look at how to easily light for vlogging, or any other time you might want to point a camera at yourself for a quick video. And it doesn’t even have to cost a lot of money – or any at all. 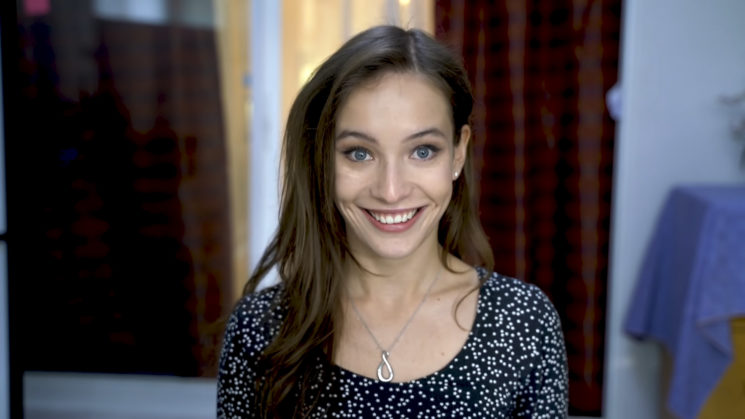 This is a free light source that is available to most of us. And it’s really easy to do. Just turn your whole setup so that you’re facing the window, and you’ll get nice big soft light, with most of it typically coming from above you, which will produce a very pleasing and flattering light. Window light will often have a reduced effect on the background behind you, too, offering some separation.

The one thing you have to be careful of with window light, though, is that the sun moves throughout the day. So, if it’s during winter, your light isn’t going to stay still for very long, and nor will your exposure. You’ll also want to avoid direct sunlight, too, so if your window faces south, you’ll want to diffuse it with something on a sunny day. 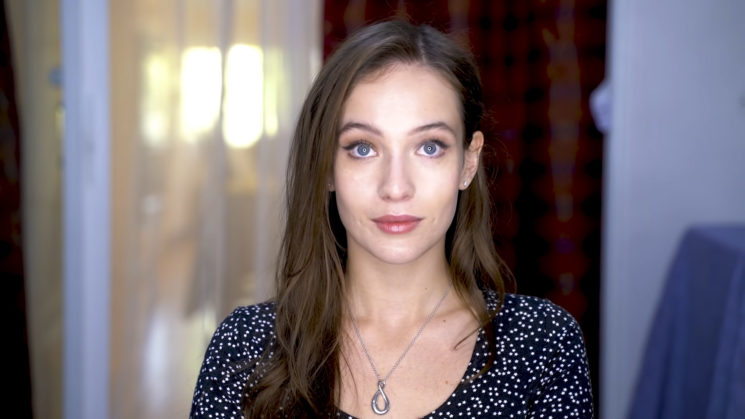 Ringlights seem to have become the go-to for a lot of vloggers and YouTubers in the last year or two, especially makeup tutorial channels. For makeup, it makes a lot of sense. It allows the viewer to more easily see exactly what’s going on with the host’s face while they’re doing it. But a ringlight can be fantastic for anybody doing spoken pieces to the camera.

It can add a lot of great definition to the face, without really presenting any shadow. There are very subtle tonal differences as more light hits one part of the face over others, but everything is lit. The CLAR 19″ ringlight is a good choice if you’re on a budget. But going bigger is definitely better. Personally, I like to use Spekular LEDs for this sort of setup and go with either a square using a single set when I’m tight on space or an octagon using two sets for when I have a bit more room.

Bounced off a V-Flat 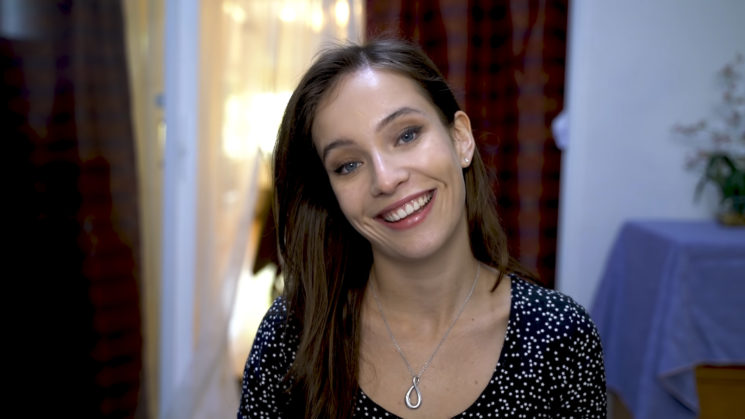 V-Flats are wonderful tools in the studio, but they can also be very useful for this type of application. If you don’t know what a V-Flat is, it’s essentially a big white folding reflector. You can find out more about how to use them in the studio here, and if you want to learn how to make your own, check out this post.

Bouncing a light into the V-Flat and having it reflect back on you offers a pleasing and fairly even light from either side to create a soft look that comes from slightly above (assuming you positioned your light up high). As it’s bounced and spread over a large area, though, you do lose quite a lot of power from your light. 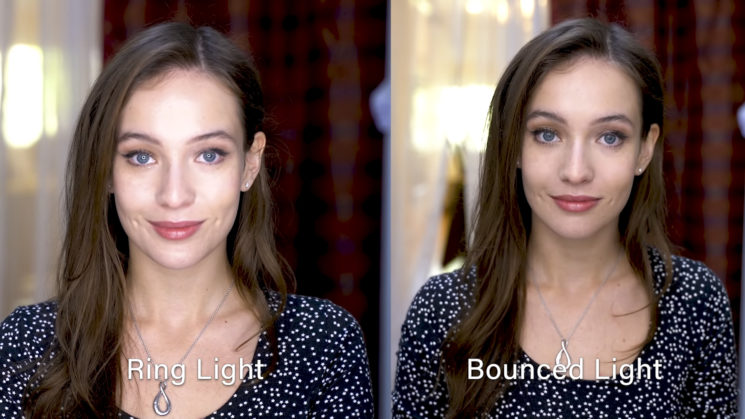 As mentioned above, bouncing a light off a V-Flat or a wall can eat a lot of power. But big ringlights can often be substantially more powerful than a little LED panel. And because you’re bouncing an already large light source, you can get a much wider and softer spread of light that’s very pleasing. You’ll also notice, again, that it’s slightly directional, coming from above, but still wraps well around the subject. 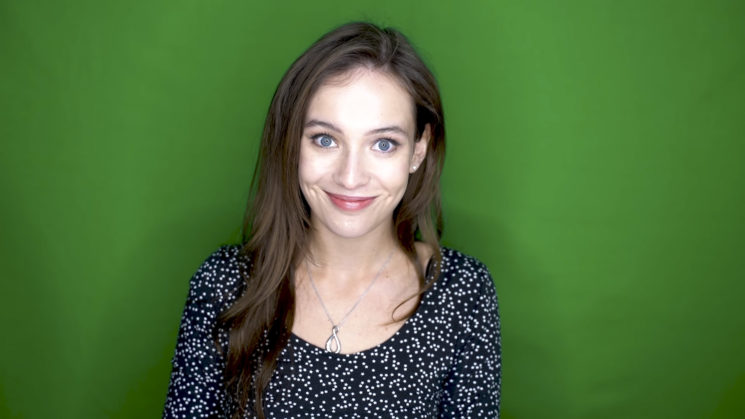 Because the ringlight is such an even with barely discernable shadows, you can even use it to light yourself in front of a green screen – a common technique used by game streamers, if not most vloggers.

You actually want to do the opposite here of what you’d typically do with a background, and that’s bring it really close to your subject. Normally you want it far back so that you can light it separately and not have your subject cast a shadow on it. But with a ringlight, you want it close so that the light doesn’t lose too much power by the time it hits the cloth.

So, there you go, 4 simple ways you can light yourself for vlogging, video conferencing, or any other time you want to film yourself in front of the camera.

Are photography trade shows, conferences and expos really worth going to?