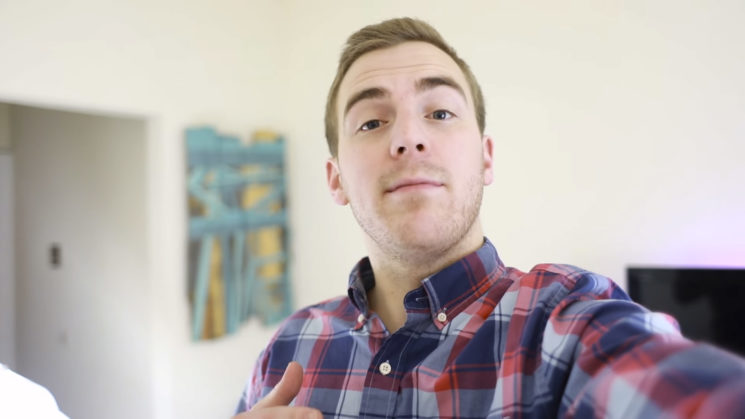 Camera transitions are part and parcel of video editing. At some point, you’re just going to have to cut from one shot to another. But there are many different ways you can make this cut. It can be as simple as it sounds – a straight cut – but you can also make it more interesting with sliding transitions, fades, blurs, blooms and all sorts of things.

In this video from filmmaker Kellan Reck, we see six simple in-camera transitions you can use in your videos. Some are best suited to things like vlogs, but you can apply them to all kinds of video content depending on the theme and mood you wish to convey.

The Side to Side

Also called “The Up and Down”, this one is quite simple. And it’s probably one you’ve seen before. All you do is move the camera at the end of one clip and the beginning of the next so that you can join the two together in post. The motion blur, combined with a subtle fade between shots can make the transition quite seamless.

This one works on a similar principle to The side to side. Essentially you’re using the motion blur to blend from one shot to another. It helps to have shots that either match or mirror each other vertically to help make it interesting. If the two shots are wildly different, then it can often have a jarring effect. When you get two shots that work well together, though, it can be very effective.

There’s not much to say about this one. At this point, it’s a pretty ubiquitous technique used by about 95% of vloggers on YouTube. Essentially, you find a way to cover the lens at the end of one shot, and then uncover it from blackness at the beginning of the next. Try to find something a little more creative than your hand, though.

Like the first two, this one relies on motion blur from your camera. At the end of one shot, simply shake your camera, but remember how you shook it. At the beginning of the next shot, shake the camera in the same way before you carry on filming. This way, when you cut the two together in post, it looks like a continuation of the same movement.

This technique has also been around for a while and quite common. Although, it’s not quite as annoying as covering the lens with your hand. This one I think is best suited when it’s actually motivated by something, rather than just for the sake of adding in a fancy transition. But, that could probably be said for most of the transition effects.

As with most of the other techniques, the key here is, once again, motion blur. Except, this time you have a constant point of focus and reference in the shot. The person holding the camera. At the end of one shot, hold the camera and spin yourself. You’ll stay sharp while the background blurs into motion. At the beginning of the next shot, position yourself in the same part of the frame and start the clip with the spin. Put the two together in the edit and you’re done.

This one’s quite different to all the others as it doesn’t really use motion blur to mask the transition. It still uses motion blur, but in a different way. Here the motion blur is its own independent clip of a few frames to just add a quick distraction. It sits in between two clips butted together.

That last one looks quite good if you want to teleport yourself mid-sentence to a new location. I might have to use this in my own vlogs. As you can see, it’s literally just a handful of frames. But it’s enough to take away the sudden jarring of moving from one shot to another, especially if there’s consistent audio between the two.

These transitions will boil down to personal taste, and whether it fits the style of video you’re going for. But there’s a few for you to try in your next video.

A step-by-step guide to using the Waveform Monitor

« DxO Labs goes into receivership, reports say
Can a $16 microphone stand up to the job or is it just a waste of money? »