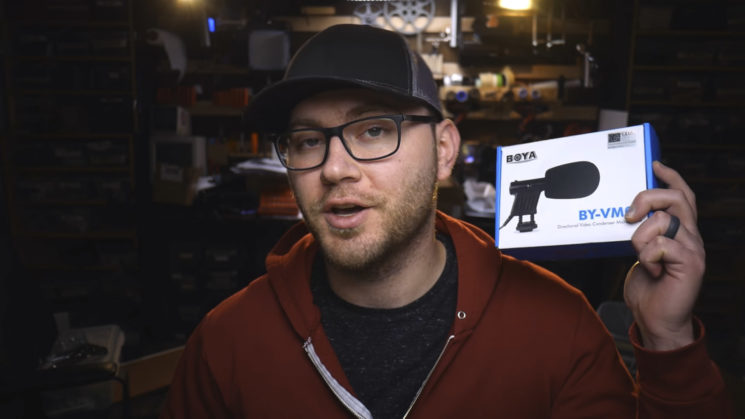 On-camera microphones have become a huge industry in the last few years. It used to be the only time I ever saw on-camera microphones, it was to create a sync track in the camera, or for emergency news interviews and such. Ever since DSLRs and mirrorless cameras became video-capable, though, their sales have skyrocketed. And they’re now the primary type of microphone for many vloggers and online video creators.

You’re still going to get the best results with a boomed shotgun or lav mic (yes, that’s a subjective statement), but on-camera mic technology has come a long way. And while there are some rather expensive options, many options are also rather cheap. In this video, Caleb Pike looks at a $16 Boya BY-VM01 microphone to see if it can really stand up to the task.

It’s an interesting comparison demonstrating just how far microphone tech has come along. Is it the greatest microphone out there? Of course not, what can you expect for $16? Well, for $20, that’s the cheapest I could find these online. Is it good enough to do the job? Well, the best way to answer that is probably “maybe”.

If you’re using a DSLR, then chances are it probably won’t, for the most part. I use a Rode VideoMicro on my DSLRs when I vlog, and the Boya BY-VM01 is a few dB quieter than the VideoMicro. I already have to do some noise reduction in post with mine to reduce the in-camera pre-amp hiss as it is. So, a quieter microphone means bumping up the record levels and louder hiss. Sure, you can still run noise reduction, but as the noise gets louder, the NR becomes stronger, which risks impacting the voice you’re trying to separate from it. 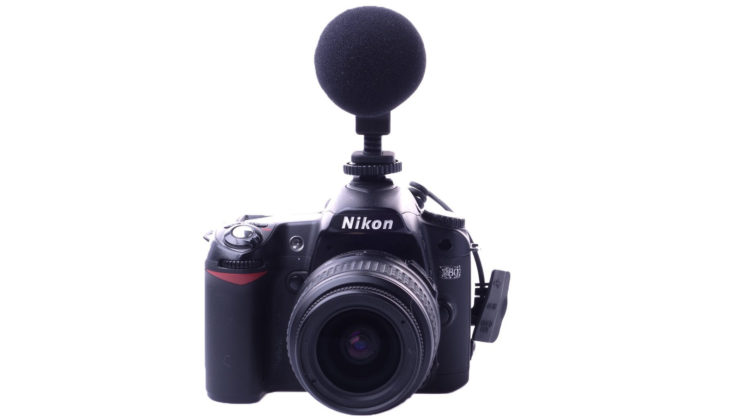 I do find it quite amusing that the Amazon listing for this microphone shows it on top of a Nikon D80. A camera that isn’t capable of shooting video and doesn’t have a microphone socket.

If you’re using something that has better preamps and will allow you to bump up the gain a little, then it might work just fine. It doesn’t sound quite as rich as the Rode microphones – which I prefer. So, if you want that style sound, you’ll want to do some post work to give it a bit more presence. And even then, it won’t be exactly the same. Mostly it’s a case of whether you’re happy with it.

But, you’re generally going to get better results by spending a little more. But if you’re on a super low budget, it’s not a bad option.

If you’re recording your main audio separately and you just want something on the camera to create a clear track for syncing in post, then absolutely. A microphone like this is a bargain and should do the job quite nicely. After all, you don’t need perfect quality audio for a sync track. You just need to be able to pick out your subject’s voice from the environment.

I might have to pick up a couple of these myself for when I’m doing multicam work. I always record the audio for those separately with a Rode NTG1 or wireless lav going into my Tascam recorder and then sync in post. So, the in-camera audio only needs to be clear enough for Premiere to pick out the patterns.

If you want to get your own Boya BY VM01, you can get yours here. But, if you want to use it as your main audio source, I’d suggest going up to a Rode VideoMicro if you can.