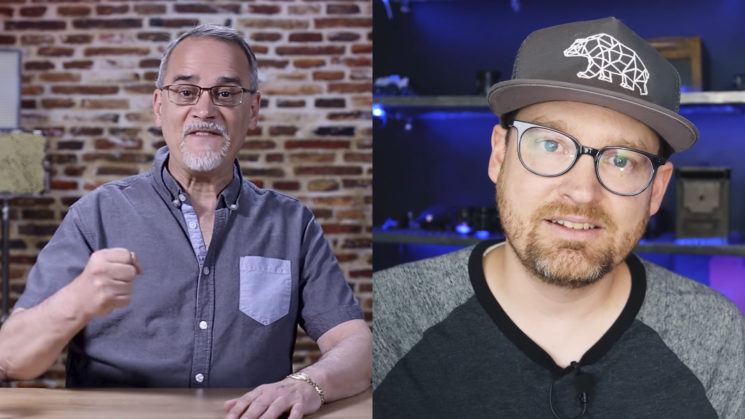 This morning, when I looked at my YouTube subscription feed, I came across one from Kevin at The Basic Filmmaker titled How to punch time in the face! It seemed intriguing, so I had a watch. Later in the day, another video from photographers Denae and Andrew called I don’t have time for photography was suggested to me by YouTube.

Time is our single most valuable asset as a creative. It doesn’t matter whether we’re a filmmaker, photographer, writer, painter, sculptor, musician or any other kind of creative. We never seem to have enough time. Both of these videos address this issue, and they both do it in excellent, but different ways.

Time really is our most valuable commodity, and it’s often the one thing that’s holding us back. Or, to be more precise, a lack of it is what holds us back.

Both videos have a slightly different outlook on the cause of that lack of time we often experience, but they both ultimately have a similar message. If you’re passionate enough about what you do, you’ll find a way to prioritise your time to make it happen. Perhaps it’s not binge-watching the latest series of that show you like on Netflix.

Andrew talks more about forcing yourself to set aside the time to push yourself and develop your abilities. If you really love and value what you want to do, then you’ll put things aside in order to make it happen.

Got 15 minutes spare between now and whenever you need to go do that thing? Great, don’t waste it watching cat videos on Facebook, pick up your camera and go shoot something. Anything. Just something to keep you shooting, keep you practising, and keep you improving. You can watch all the YouTube videos you like (or not, if you want to free up the time), but you’ll only improve by actually doing.

Do you actively allocate time for the thing you love to do?

While Kevin also touches on the same topic, he places much more emphasis on being more organised and making the tasks that you have to do more efficient to free up time.

For example, the amount of time it takes to find equipment before a shoot because you didn’t pack things where they were supposed to go at the end of your last one. So organising yourself, your schedule, making sure you put gear away where it’s supposed to be, and plenty of other things can help you to save time. When you save time on a task, you free it up for other things.

This is why I can’t have other people pack up my kit for me after a big shoot. There’s usually three or four of us there, but I have to pack it up myself to know that everything’s going back where it’s supposed to and I know I can find it more easily next time. Even though other people might think they’re helping by assisting with packing up gear, they’re really not. Because I’d just have to pull everything out at home and repack it where it was supposed to be.

What can you do to make more time for the things you love to do?