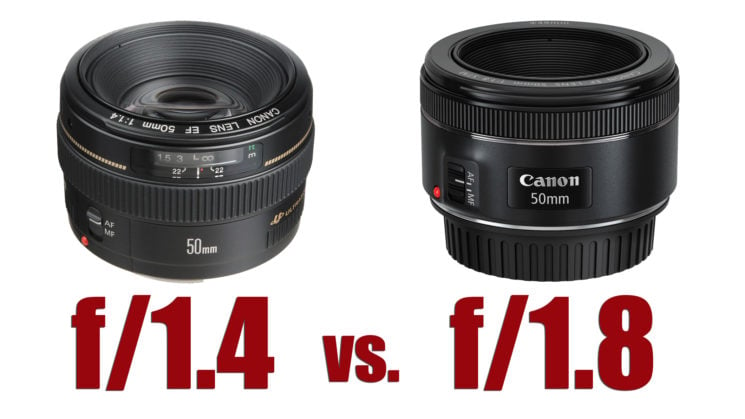 Sometimes there are justifiable reasons for choosing the fastest lens there is. But, is it always the case? Darren Miles believes that sometimes a cheaper f/1.8 lens is a better option. In this video, he gives you five reasons to pick the f/1.8 instead the faster (and pricier) f/1.4.

The low-light capability of modern cameras is increasing. So, in some cases the extra 2/3 stop of light that you get with an f/1.4 lens might not be that important. Of course, in some situations it might come in handy, but you should ask yourself if these situations happen often enough to justify the difference in price.

#2: getting the shot in focus

Darren points out that this is probably not so important for many photographers, especially if they use a back-button continuous AF. However, if you use single-shot AF, it’s more difficult to get the perfect focus when the depth of field is “razor thin as it is at f/1.4.”

The reason why probably many photographers go for an f/1.8 instead of an f/1.4 lens is certainly the price. Sure, you lose some of the low-light capability, but you save quite a lot of money. Here are some examples:

The differences in prices are quite significant between f/1.4 lenses and their f/1.8 counterparts of the same focal length. If nothing else, these differences might make you look past the downsides of f/1.8 lenses. And while we’re at it, what are the downsides? Darren mentions them in his video, too.

In many cases, the cheaper f/1.8 lenses aren’t built as well as their f/1.4 counterparts, and they are made from cheaper materials.

Next, the AF motor is sometimes not as quick nor as quiet in f/1.8 lenses as it is in their faster versions. However, this difference isn’t that significant, as Darren points out.

Then, most of the f/1.8 lenses aren’t weather-sealed.

Another consideration is third-party lenses with f/1.4 and f/1.8 apertures. But, you have to consider the size and weight of these lenses. Sometimes even the prices aren’t that lower, either.

So, these were Darren Miles’ five reasons to consider cheaper f/1.8 lenses over their f/1.4 counterparts. Personally, I always go with cheaper options because I’m not a pro and the budget plays a big role for me. But of course, as I mentioned, there certainly are reasons to pick the faster and more expensive variants.

[5 Reasons Why You Should CONSIDER f/1.8 Lenses OVER f/1.4 Lenses via FStoppers]

5 reasons why you should consider buying into medium format

5 reasons to consider a photographic specialty

Five reasons why you need vintage lenses in 2020