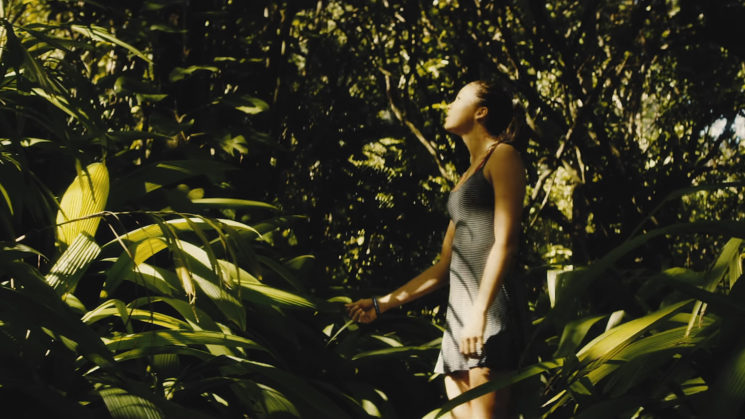 Gimbals can be a wonderful filmmaking tool. They’ve become quite popular over the last year or two, very popular in fact. But are they becoming overused? That’s the argument put forth by Jakob Ownes from TheBuffNerds. He feels that gimbals are overused and take away from not only the story being told, but the storytelling power of gimbals themselves.

Jakob cites the opening sequence of Saving Private Ryan as a perfect example of when a gimbal would detract from the story. Handheld with the shutter speed cranked high, you get that feeling of being immersed in the scene laid out before you. Like you’re a part of it, experiencing it as the people in it do. Using a gimbal to shoot the same opening sequence would create a very different feeling. It would separate you from the experience. You’d simply become an observer and not feel like you’re in the thick of the action.

I completely get where he’s coming from. I felt exactly the same way about drone footage. As do many others. For a couple of years everybody was shooting everything with drones, every chance they could get. The first few videos looked awesome. Looked awesome. But they didn’t tell much of a story. Then everybody else went on to use their drones to make shots that look awesome, but also don’t tell much of a story. Ultimately leading to quite a lot of visually pretty but very dull videos comprised solely of drone footage.

Now that drones are just another tool people have in their kit, the “newness” of them has worn off a bit. We’re actually starting to see interesting drone footage that advances the story. We’re seeing them being used less frequently in productions. That is to say, we still see them used in many productions, but the entire thing isn’t shot on a drone, just small clips that add to and enhance the story.

The same is happening now with gimbals. I got my first gimbal a little over a year ago, a Zhiyun Smooth-C. Every time I used my phone to film something, I used that gimbal. I’ve also used several other gimbals for phones, mirrorless and DSLRs since then, and just recently I received a Steadicam Volt (review coming soon). Whichever gimbal and whichever phone or camera I use, the footage always looks great. but as time has gone on, I’ve gone back to shooting handheld or from a tripod or slider far more often, and a gimbal doesn’t come out as often now. I still use one, but only when the shot demands it.

So, if you have a gimbal, want a gimbal or use a gimbal, feel free. But, remember. It’s just another tool in the box. Don’t overuse it. Ask yourself each time you look at it, sitting in its case, is using it going to add to the story you’re trying to tell?