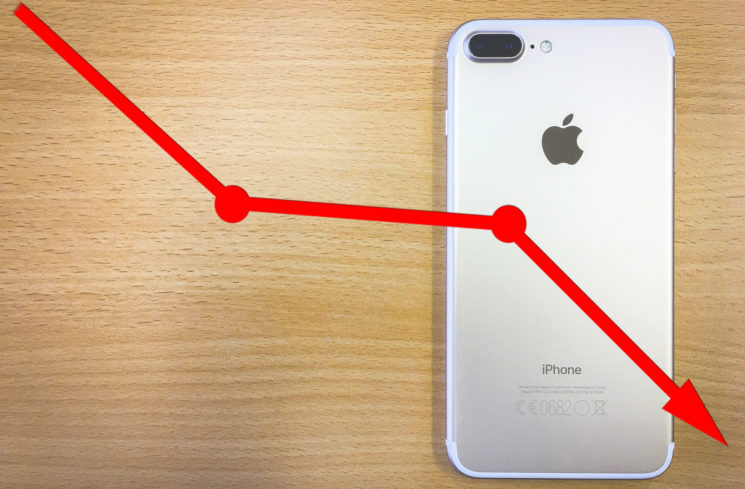 Earlier this month, a Reddit post sparked a big discussion about Apple slowing down old iPhone models. The post blew up quickly, and Apple has recently admitted: they are deliberately slowing down the processor on the older phones. However, their claims are different from the widespread opinion. Instead of forcing you to buy a new iPhone, Apple says this is happening to protect the phones with older Li-ion batteries.

Reportedly, a simple battery change should make the processor speed up again. And while it seems to work for some users, it didn’t solve the problem for others. According to some sources, the class-action lawsuits against Apple begin to mount.

So it's true Apple intentionally slow down old iPhones. Proof: My iPhone 6 was bought 3years ago and recently got really slow. APP 'CPU DasherX' shows iPhone CPU is under clocked running at 600MHz. After a iPhone battery replacement. CPU speed resumed to factory setting 1400MHz. pic.twitter.com/pML3y0Jkp2

When The Verge contacted Apple for the comment, they admitted they were intentionally slowing down the processor of the older iPhone models. But according to them, it was all in the best interest of their customers:

Lithium-ion batteries become less capable of supplying peak current demands when in cold conditions, have a low battery charge or as they age over time, which can result in the device unexpectedly shutting down to protect its electronic components.

According to Apple, last year they released a feature to protect the phones with worn-out batteries from unexpectedly shutting down. It was rolled out for iPhone 6, iPhone 6s and iPhone SE. They’ve now extended it to iPhone 7 with iOS 11.2, and they say they plan to support other products in future.

Of course, the assumption was that Apple was slowing the phones down just to make you upgrade the phone. After all, when your phone gets too laggy, the first thing you’d probably think of doing is replacing it. Still, according to some users, simply changing the battery should be enough. But, this isn’t as simple as it sounds.

First of all, the battery change didn’t work out for some of the users. I’ve read comments from people saying that, even when they placed a new battery in their iPhone, it continued being slow. Then, some users complained about the employees in the official Apple Stores. Allegedly, they refused to replace the battery on their iPhones, and just encouraged them to buy a new phone instead.

Still, even if everything was simple and a new battery worked for everyone – Apple wasn’t transparent about this feature until the story broke out on the internet. Because of this, lawsuits are being filed against the company. As Ars Technica writes, all the lawsuits allege basically the same thing: iPhones were getting lower performance over time, and Apple hid this fact from their users.

A lawsuit Stefan Bogdanovich filed against Apple argues that Apple “breached an implied contract” and “trespassed on a private property” (the iPhones they already sold to the customers). A lawsuit of Keaton Harvey argues that Apple was implementing “illegal, unfair, fraudulent and unconscionable corporate policy.”

Another lawsuit claims that the users would have replaced the batteries instead of phones if Apple or their technical/customer service has informed them they should do it. And I believe this is where the core of the problem is. Even if Apple slows the phones down just to protect your iPhone, they should have been transparent about it from the start. This way, many users have replaced their phones instead of just changing batteries, which, of course, costs a lot more.

[via The Verge, Ars Technica]