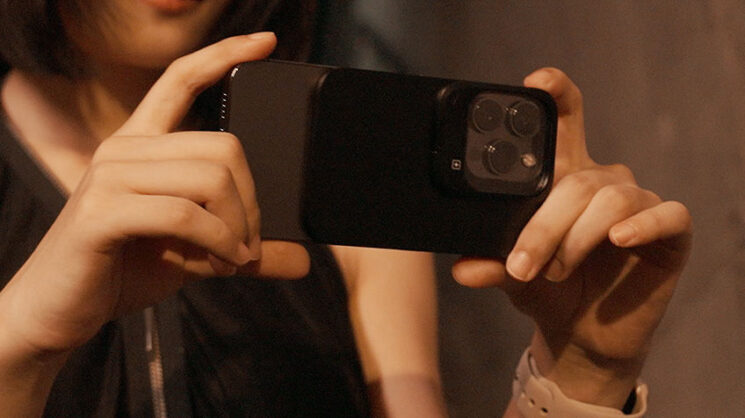 Smartphone filter kits seem to be coming through thick and fast lately, with the most recent being NiSi’s iPhone filter kit announced a few weeks ago. Now, there’s another hitting the market. It’s the Snap Filter, a magnetic filter system for the iPhone from Pan’s Scheme, a company founded by YouTuber, Mediastorm. It’s an interesting system which offers some familiar filters including ND, Mist and star filters as well as anamorphic look-a-likes, blue and gold streak (in horizontal and vertical flavours).

There are two basic kits. There’s the ND Snap Filter Bundle, which includes a special Kickstarter (yes, this one’s launching on Kickstarter) limited edition version of the base, along with four neutral density filters in 2, 4, 6 and 8 stop strengths along with a case to keep them all in. The other is the Effects Snap Filter Bundle, which includes the base and case along with Black Mist, Cross-Star, Blue Streak (horizontal and vertical) and Gold Streak (horizontal and vertical) filters.

It claims to be the “World’s First Magsafe Filter System”, taking advantage of the magnetic features of the newer iPhones. This also means that unlike many other filter attachment systems (at least, other filter attachment systems that aren’t of the clamp variety), it’s quick and easy to put the base on and take it off as needed. If you don’t need to use it, you can just remove it and use your phone as normal. And when you want to attach or remove a filter, they snap in and out of the base. 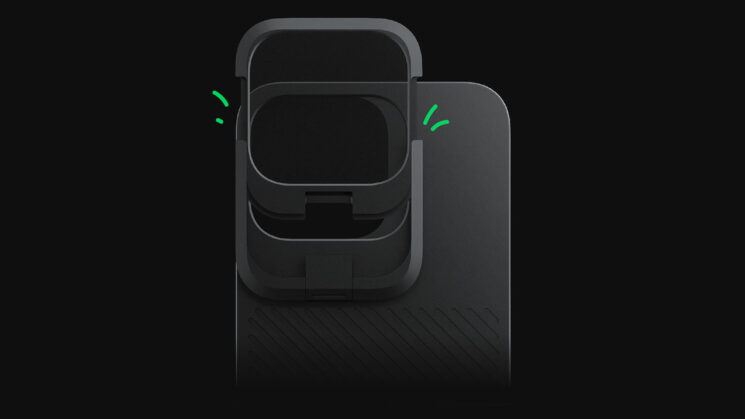 There are some sample photos of the types of images each of the filters produces on the Kickstarter campaign page, and they look quite good, although they’re nothing really all that new. What is new, though, is the convenient design and form factor. It’s a neat-looking set and if you’re an iPhone user (I’m not), I’m sure you’ll find the Magsafe compatibility quite useful and practical over more traditional means, such as permanently attached cases or clip-on systems that can potentially scratch your screen.

On the Kickstarter campaign right now, the prices for each of the three kits start at $79, $109 and $136 for the ND bundle, Effects bundle and complete bundle respectively – until the Early Birds all run out. They’ll go up a little bit after they do, but once the campaign’s over and they go retail, the price will jump up to $159, $199 and $249 respectively.