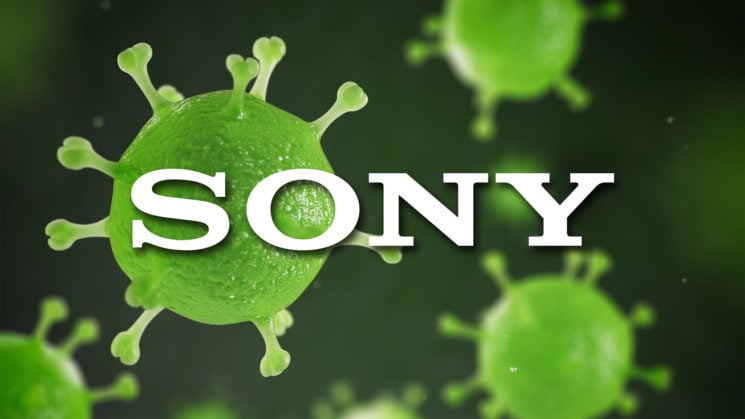 Sony has spoken up on the coronavirus outbreak in China and the effects it may have on its image sensor and other operations. The Nikkei reports that despite initially raising its operating profit and revenue forecasts for the current fiscal year, Sony CFO Hiroki Totoki said the coronavirus “may negate our revised earnings outlook”.

The issue largely seems to refer to Sony’s smartphone sensors, rather than camera sensors. Despite Sony being based in Japan, smartphones themselves are often assembled in China. That being said, some of Sony’s cameras, including the A7 III, A7R III (the A7R IV is made in Thailand) and RX100 VII, as well as most of their lenses, are also marked as “Made in China”.

Sony told investors on Tuesday that the coronavirus outbreak in China could disrupt its operations, despite raising its operating profit and revenue forecasts for the current fiscal year, mainly due to strong sales for its image sensor business.

The epidemic in China has cast a pall over the otherwise bright picture, with Sony’s Chief Financial Officer Hiroki Totoki warning: “It may negate our revised earnings outlook,” at a news conference in Tokyo the same day.

As well as supplying other companies based in China with components, Sony has their own factories and workers in China but says it is still struggling to gather information about them, as authorities have extended the Lunar New Year break to the end of the week.

Depending on the future progress of the virus, we cannot deny that our production and sales supply chain for the image sensor and electronics business could be affected enormously.

At this point we cannot properly assess how we will be able to supply products and such, as we have not been able to contact people in the factories because operations have stopped.

Although Sony doesn’t specifically address their own camera division, it’s difficult to imagine that this wouldn’t affect the production of that, too, given that just about all of their lenses, and a number of their cameras being assembled there. And even with many of Sony’s Alpha series cameras being assembled in Thailand, many of the small surface mount components will still likely come from China-based suppliers.

Sony also speculates that the virus would have an impact on PlayStation 4 gaming hardware, as well as potentially its music and movie interests if concerts and showings are cancelled as a result of the outbreak.

Nikon, Canon, Panasonic, Olympus, Fujifilm, Godox, DJI, and other major manufacturers in the photo and video industries also assemble some, many or all of their items in China, too. As of yet, none of these companies has issued a statement.

Exactly how this will affect gear availability for any brand is anybody’s guess at this point. All any of us can do is hope that the virus can be brought under control.

« What happens when a major photo magazine shuts down?
76-year-old wins Photographer of the Year award for second time with amazing intimate image »