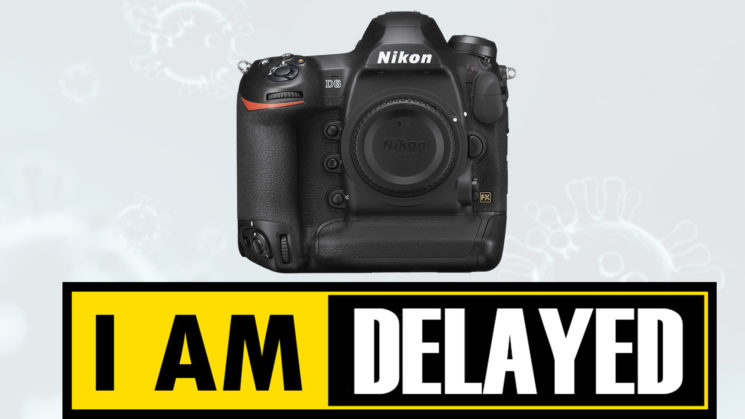 The development of the Nikon D6 was announced six months ago, and we were hoping to finally see it at The Photography Show in Birmingham this March. However, we’ll have to wait a bit longer. According to the latest news, the Nikon D6 is being delayed and it won’t be released before May current year. And the reason is, once again, the coronavirus outbreak.

In December 2019, the specs of the Nikon D6 leaked, showing some pretty neat features. The camera was officially announced in February and it was supposed to start shipping in April 2020. However, the circumstances no one could have predicted have made Nikon change plans. In a statement published today, Nikon writes:

“As a result of delays in the procurement of parts and components from a third-party cooperating company due to measures implemented in response to the spread of COVID-19, the release of the new Nikon D6 digital SLR camera, originally planned for March 2020, will be delayed. We sincerely apologize to our customers and all those concerned for any inconvenience this may cause.”

Since the beginning of this year, there have been several gear delays only from Nikon. First, the Nikkor Z 70–200mm F2.8 VR S was delayed in early February, and the Nikkor 120-300mm f/2.8E FL ED SR VR followed a month later. Just like Sony, Canon, and many other businesses worldwide, Nikon is also struggling with supply chain shortages due to the coronavirus outbreak.

The D6 is still available for preorders, but the launch is moved to May 2020. There’s no exact date yet and we don’t know when the shipping will begin. Nikon writes that the specific date is yet to be determined, so we’ll update this article when we know more.

« ISO has nothing to do with your exposure – Here’s how digital ISO really works
Are these ten best things about being a photographer? »