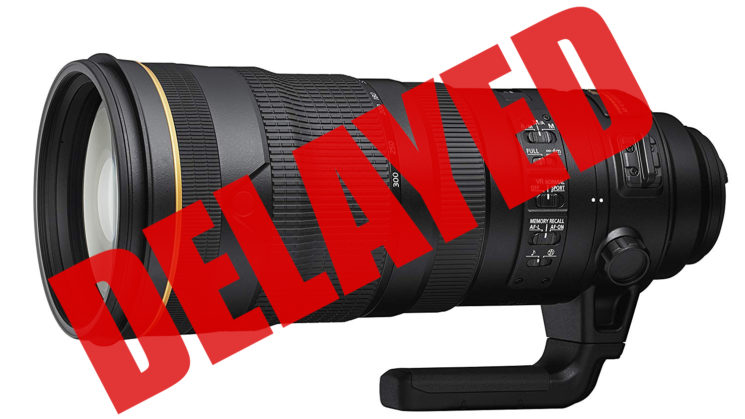 The coronavirus (COVID-19) has been affecting people and businesses all over the world, and it hasn’t spared the photo industry. After Canon temporarily shutting down some of its factories, now Nikon is delaying the launch of the Nikkor 120-300mm f/2.8E FL ED SR VR lens due to “the global impact of the novel coronavirus outbreak.”

The news first broke out on Nikon Rumors, who heard it through the grapevine that Nikon was to delay the shipping of the Nikkor 120-300mm f/2.8 and the Nikkor Z 20mm f/1.8 S. Now, when the new prime lens for Nikon Z was announced, Nikon said that it would start shipping in “late March,” so I guess this is going as planned (so far). However, the 120-300mm lens for F-mount was meant to start shipping in February, and Amazon now lists that the lens will be released on 31 March:

Guys from PetaPixel got in touch with Nikon, and the company confirmed the delay:

The U.S. availability for the AF-S NIKKOR 120-300mm f/2.8E FL ED SR VR will be announced at a later date as we determine the global impact of the novel coronavirus outbreak. We will communicate updates on timing as they become available.

A month ago, Nikon announced that the Nikkor Z 70–200mm F2.8 VR S would be delayed due to “production reasons.” My assumption is that those reasons had something to do with the coronavirus outbreak, considering that it’s been affecting all major companies.