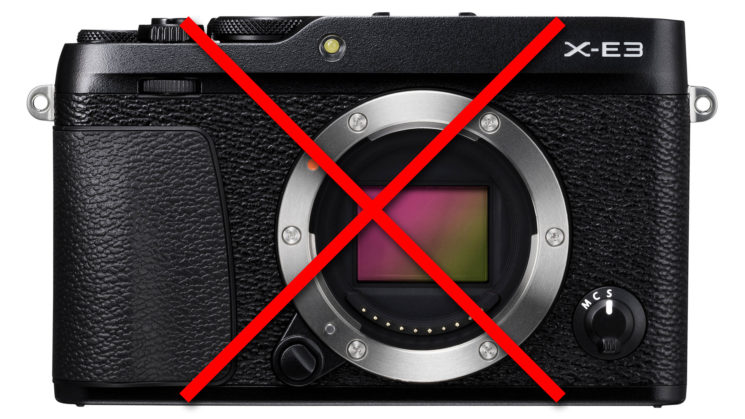 According to a report on Fuji Rumors, several sources have told them that Fujifilm has plans to completely drop their line of diminutive line of Fujifilm X-E series cameras. The Fujifilm X-E3 was released in September 2017, and fans of the line have been awaiting the X-E4 to show up for a while. But now it appears it may never come.

The X-E series is a popular line, with the exception of the Fujifilm X-E2s. As one of the smaller bodies in the Fujifilm lineup, the X-E was a great walkabout camera but also had the chops for some more serious stuff, too.

An official announcement has not yet been made by Fujifilm, although one may never come. We can hope that Fujifilm will either confirm or deny the reports at some point, but they’re not obligated to.

Nikon, for example, still hasn’t officially announced that they’re killing off the D6x0 series of full-frame DSLRs, either, but availability seems somewhat inconsistent. The Nikon Japan website lists them as discontinued, but they’re still marked as current and available to purchase on the Nikon USA and Nikon UK websites (new-old-stock?). No replacement model for the D610 has appeared in Nikon’s roadmaps or websites.

So, Fujifilm may just let the X-E line die off quietly, simply to never be replaced.

No plans to kill off Lightroom Classic, says Adobe