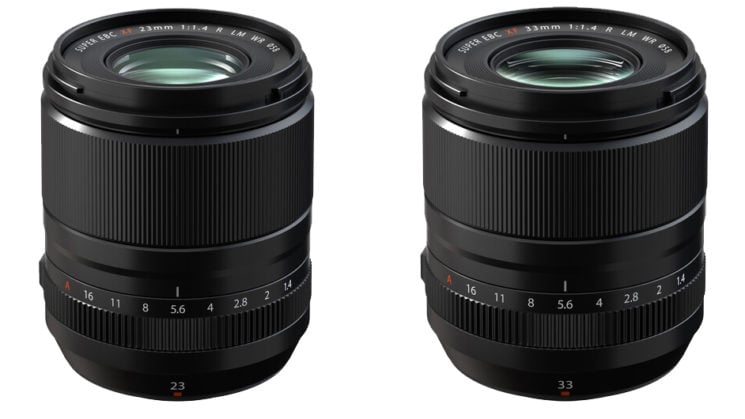 Other than the previously rumored GFX 50S II announced yesterday, Fuji has some more surprises up its sleeve. The company has also announced two new fast primes for its APS-C camera line: the XF 23mm f/1.4 and the XF 33mm f/1.4. If you’re up for standard prime lenses, one of these is what you’re looking for. 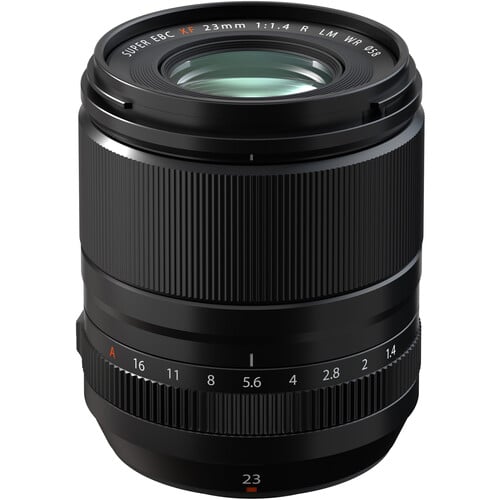 XF 23mm f/1.4 R LM WR is a standard wide-angle prime. The 24mm lens offers a 35mm equivalent focal length on an APS-C camera, so this will probably be a favorite lens of many street, documentary, wedding, and event photographers.

The optical design features two aspherical elements which help to reduce distortion and spherical aberrations and three ED elements that contribute to high contrast and sharpness. The lens packs a rounded nine-blade diaphragm for smooth and soft bokeh.

The XF 23mm f/1.4 R LM WR is an AF lens, and it can focus down to a minimum focusing distance of 7.5″. Fuji also promises minimal focus breathing and precise AF. The lens is also dust and moisture-resistant, and can withstand temperatures as low as 14°F (-10°C).

The Fuji 23mm f/1.4 is available for preorders at the price of $899.95. We’ll wait quite a while for shipping to begin though: it’s scheduled to start on 30 November this year. 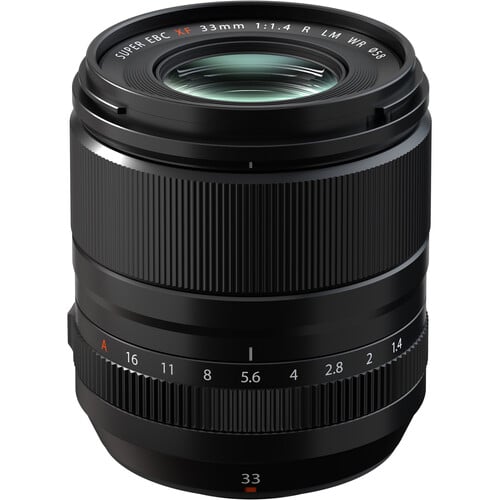 This is another standard prime for Fuji’s APS-C X-mount cameras. The XF 33mm f/1.4 R LM WR offers 50mm equivalent focal length, and also features the f/1.4 maximum aperture. The lens looks pretty similar to the 23mm, and it really is. Their optical design is the same, featuring two aspherical elements, three ED elements, and a rounded nine-blade diaphragm.

This lens features a linear autofocus motor and a minimum focusing distance of 11.8″. All-metal lens barrel construction is dust and moisture-resistant, and also takes temperatures down to 14°F (-10°C).