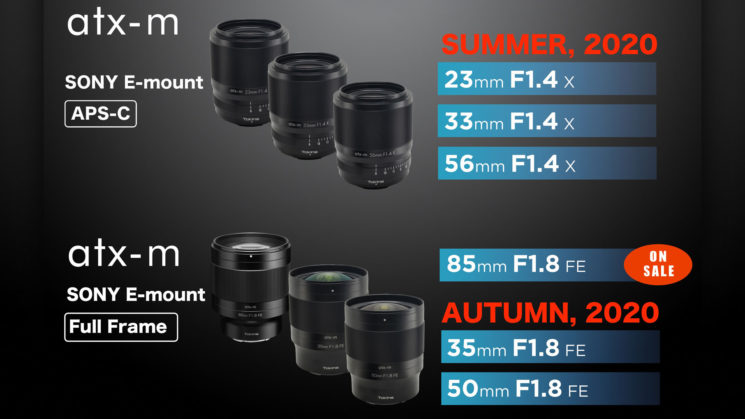 These might seem like somewhat odd focal length choices, but 23mm, 33mm and 56mm on a 1.5x crop equates to the field of view you’d get from the pretty standard 35mm, 50mm and 85mm lenses respectively on a full-frame body.

It’s interesting that they’re being so precise with the focal length on the mirrorless crop lenses to try and match the field of view of the three most popular full-frame lenses. Most people are happy to just use 24mm, 35mm and 50mm lenses on crop bodies to get something close to the 35mm, 50mm and 85mm full-frame field of view.

Although, as Sony Alpha Rumours points out, Viltrox did recently announce a set of primes with these exact same focal lengths. And when comparing to the images in the poster put out by Tokina to photos of the Viltrox lenses, they do look awfully similar. 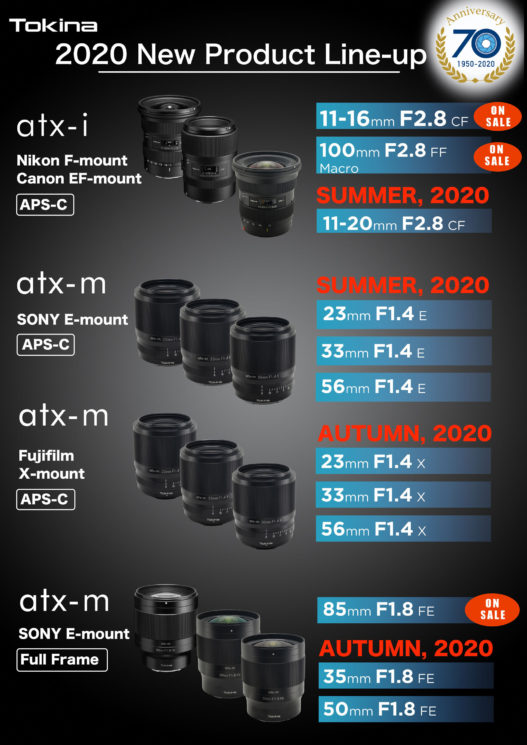 The Tokina 11-16mm f/2.8 has been a popular ultra-wide-angle amongst photographers and filmmakers alike for a while now, and this extra reach of the 11-20mm could prove to be a very beneficial update. That being said, the 11-16mm f/2.8 was refreshed in Tokina’s lineup fairly recently, so the timing seems a little odd.

The APS-C lenses for Nikon, Canon and Sony are expected to release in Summer, while the Fujifilm flavours of APS-C lens along with the two full-frame Sony lenses aren’t expected to be announced until Autumn. No prices have yet been announced.