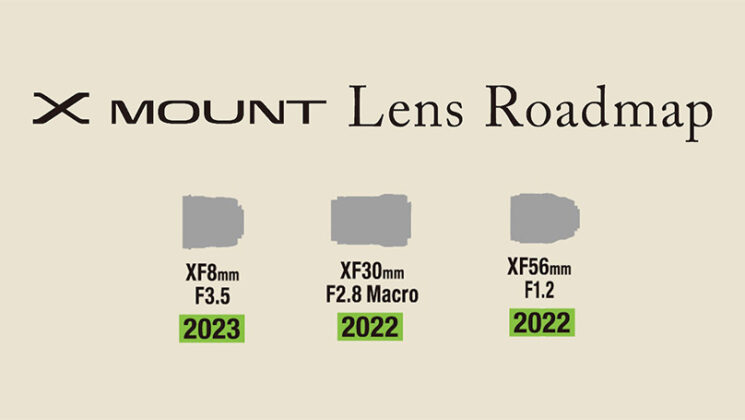 Well, it seems to be a moment for lenses, huh? After Fuji’s two new lenses with the Fuji X-H2S announcement, Sigma’s new lens and Sony’s three new APS-C lenses, Fuji’s added three more to the X mount lens roadmap. The three new lenses are the Fujifilm XF 56mm f/1.2, the XF 30mm f/2.8 R Macro and the XF 8mm f/3.5. All three of them sound like they’ll potentially be a lot of fun to play with.

Fujifilm says that they’ve been expanding the lineup of XF lenses to “broaden the appeal of premium image quality and advanced mobility made possible by the X Mount system”. This basically means that they know they’re lacking in a couple of areas and now they’re trying to make up for it. Of course, that’s not a bad thing. The more the merrier, I say, when it comes to lenses! 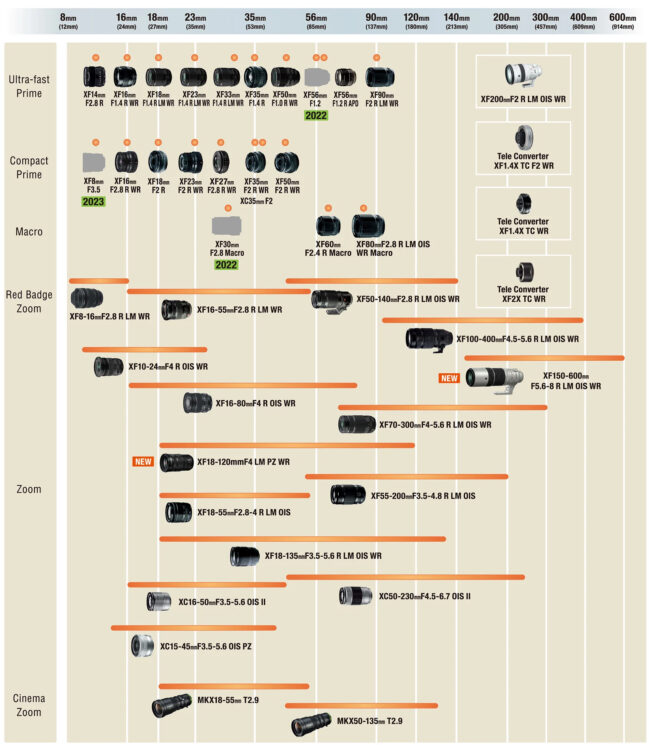 About the new lenses, Fujifilm says the following:

A mid-telephoto lens to join the new generation of “large-aperture prime lenses” in the XF Series.

A compact macro lens with a standard angle of view. Its compact and lightweight design makes it a perfect walkaround lens, covering a wide range of image-making situations including snapshots, landscape, portrait, as well as tabletop photography of foods and accessories.

A compact ultra-wide-angle lens that will be the widest X Mount prime lens in the XF Series. Despite the ultra-wide-angle focal length, the lens is compact and lightweight, making it an ideal walkaround lens.

They say that these particular lenses are in direct response to their customers’ wants and needs, with the 8mm, 30mm and 56mm lenses offering a full-frame field of view equivalent to 12mm, 45mm and 84mm respectively. With the three new lenses added, that brings the total roadmap lineup to what Fuji says is “42 lenses” (including teleconverters). Interestingly, though, the roadmap only shows 41 products. What’s missing?