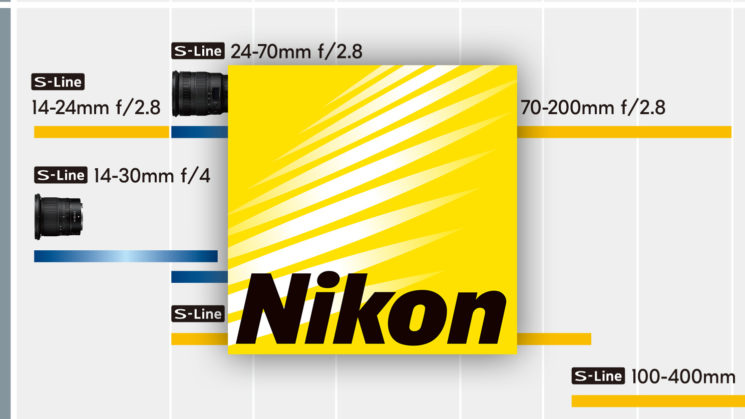 Lens roadmaps never used to really be a thing. A company developed a lens, then they announced it, then you could buy it, and that was it. But consumer demand has changed. People are more fickle and prone to swapping brands if they think the competition will offer something better suited to their needs. So, now they seem to be coming thick and fast.

So, in order to try and convince people that they are going to deliver what people want, Nikon has updated their Z mount lens roadmap. There are 13 previously unannounced lenses in the list. It adds some popular classics, like the 60mm and 105mm macros, and completes the holy trinity with 14-24mm f/2.8 and 70-200mm f/2.8 zooms. 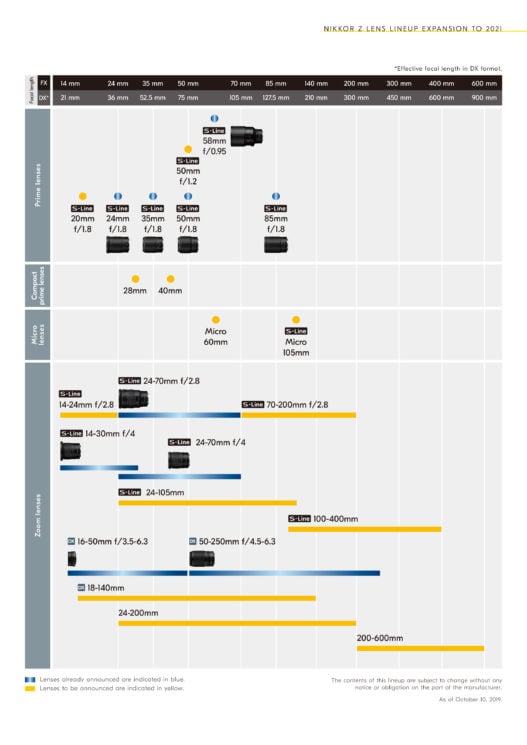 So, first up, let’s get the lenses that haven’t been announced but we already knew about out of the way…

As you can see, a fairly short list, but that leaves nine unannounced lenses that we haven’t seen before.

Interestingly, maximum apertures haven’t been listed for the previously unknown lenses. But we can make a few possible assumptions.

The 60mm and 105mm macro lenses are likely to be f/2.8 to match up with their 105mm f/2.8 and 60mm f/2.8 F mount counterparts. It’s possible they could go with a wider aperture and a completely new design, but for the sake of expediency, it likely makes more sense to simply take their existing lens formulas and rehouse them.

The 24-105mm lens is an interesting one, as it’s not a zoom that Nikon makes. Nikon does a 24-120mm f/4 zoom for F mount, but not a 24-105mm. Sigma makes one, though, the Sigma 24-105mm f/4 Art lens. So, it seems likely that this will be f/4. That this lens is listed as an “S Series” lens also suggests that it will have a constant aperture. It’s possible that it’s an f/2.8 lens, but doubtful. It would be competing with the 24-70mm f/2.8 and what would lower budget users who want a bit more range and don’t mind losing a stop of light use? The F mount version with the adapter?

A Nikkor Z 28mm f/1.8 S lens was previously alluded to on what was alleged to be a leaked 2020/21 Z mount roadmap, although that roadmap now appears to be fake. The 28mm listed on this official roadmap doesn’t appear to be an S series lens. It’s in the “Compact prime lenses” section. Several other lenses mentioned in the alleged roadmap also appear to be missing from Nikon’s latest official list, also indicating that the leak was fake.

As for the rest, we’ll just have to wait and see.

« Leaked photos show NiSi is taking on Nikon with a 75mm f/0.95 lens
Watch as this Flashpoint/Godox battery pack explodes on camera »