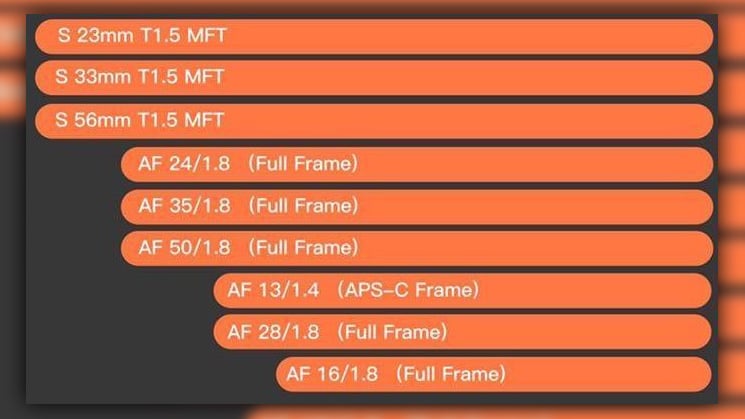 Viltrox has posted their updated lens roadmap to Weibo and it shows nine new lenses coming between now and next year. Viltrox is traditionally known more for (relatively) inexpensive lens adapters and various accessories, but they’ve actually been making lenses for a couple of years now for various mirrorless systems including Sony, Fuji, Nikon and L mount. 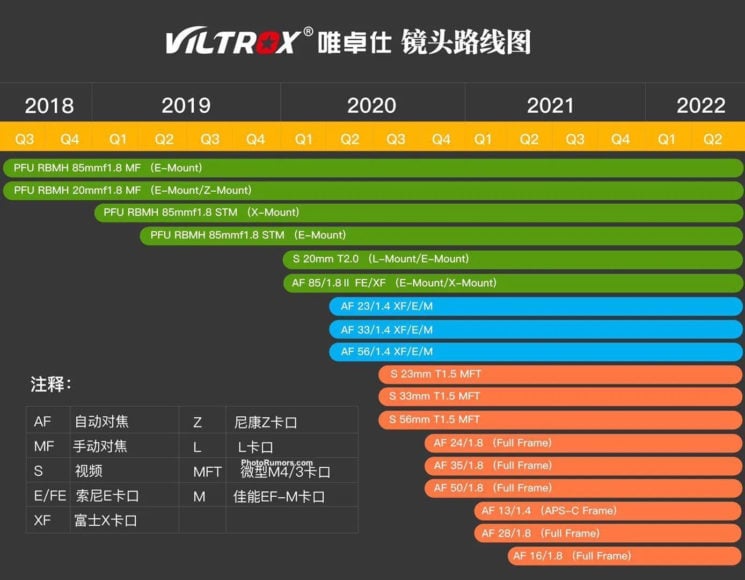 First up, are the three Micro Four Thirds lenses scheduled for Q3 2020. Interestingly, they’re the exact same focal lengths as three lenses that Viltrox expected to start shipping this quarter for Fuji X, Sony E and Micro Four Thirds (and that, apparently Tokina also plans to release this summer for Sony APS-C E-Mount). But the “T1.5” notation, instead of “f/1.4” suggests that Viltrox is getting into the cine lens market.

In Q4 2020, three full-frame lenses are coming. They don’t mention what mounts these are for, but given that they’ve previously released full-frame lenses for Sony E mount, Nikon Z mount and Leica L mount, I think at least one of those will be a pretty solid bet.

Next year, during Q1, we’ll have one full-frame lens and one APS-C (pretty sure this one will be for Fuji X).

It’s an interesting assortment, but it’s nice to see more players coming to the lower end lens game. I’m particularly curious about how their MFT cine lenses are going to stack up against the competition in terms of price, image quality and overall build quality.