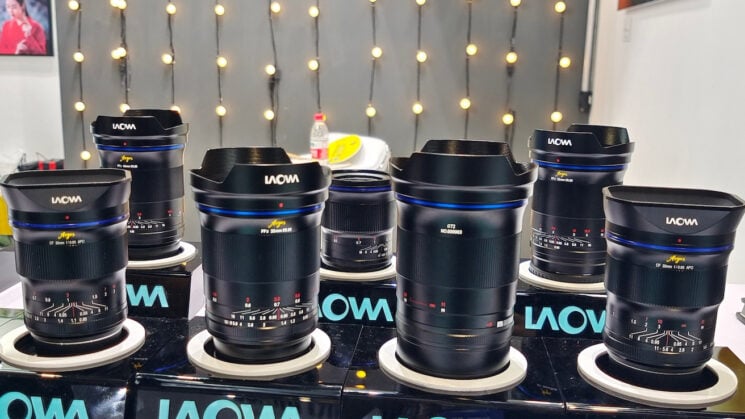 It seems Laowa’s been keeping very quiet about a whole bunch of new lenses. Nine of them, to be precise, including an updated version of their unique and popular 24mm f/14 probe macro lens. But now the curtain has been pulled back a little after Venus Optics had them on display at a recent photography show in Shanghai, China.

The news comes via Photo Rumors, who seem to have classed the Venus Optics Laowa FF 24mm T14 2x macro periscope lens as a photography lens and not a cinema lens, which is odd. Sure, you could use it for photography, but photography lenses have aperture values marked as an f/number. T stops are a measurement of light transmission, used with video and cinema lenses. It also appears to feature the gear teeth for follow focus, etc that we’d normally expect with cinema lenses, too – gear teeth which are absent on the original Laowa 24mm f/14 macro probe lens. 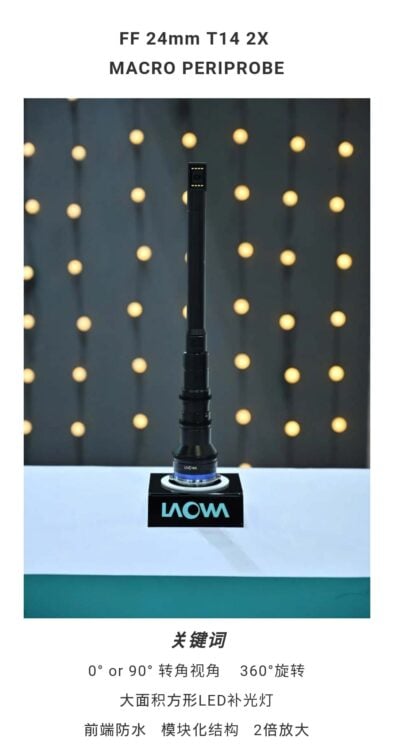 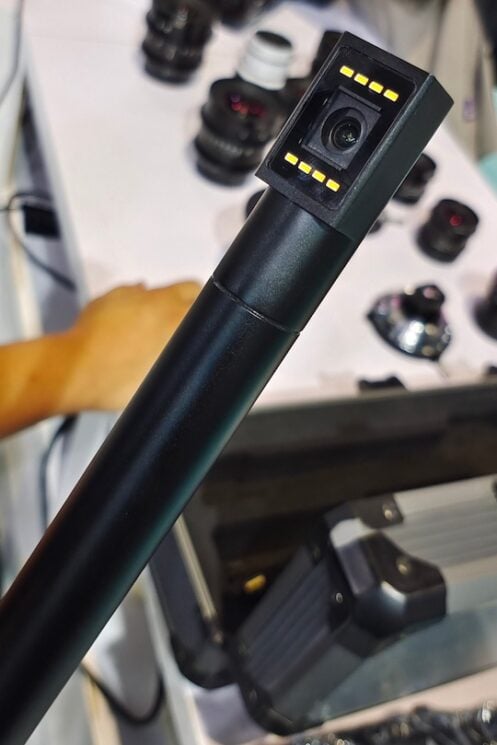 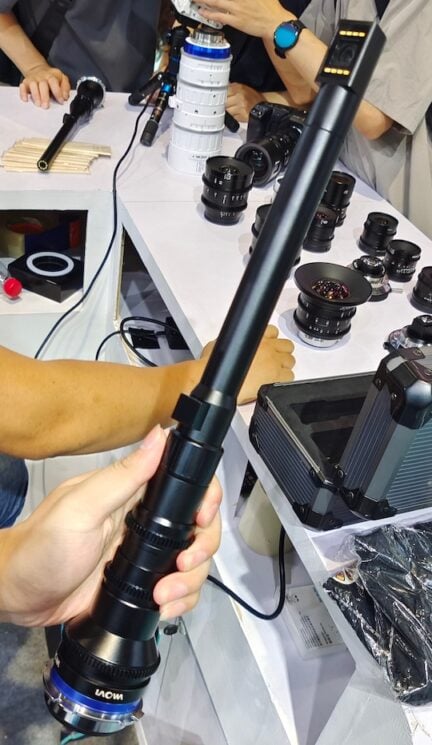 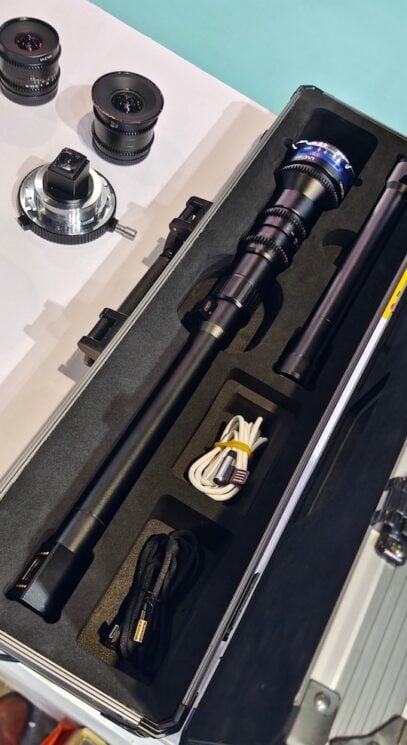 Aside from the gears that make it better suited to video shooting rigs than the existing 24mm f/14 probe lens, the new 24mm T14 probe lens appears to have a periscope lens, which changes the angle of attack reflecting the frame 90 degrees to be able to shoot sideways. This should make for some very interesting tracking shots across minute surfaces.

Here are the rest of the lenses. First up, the photography lenses (minus the probe lens already mentioned above). 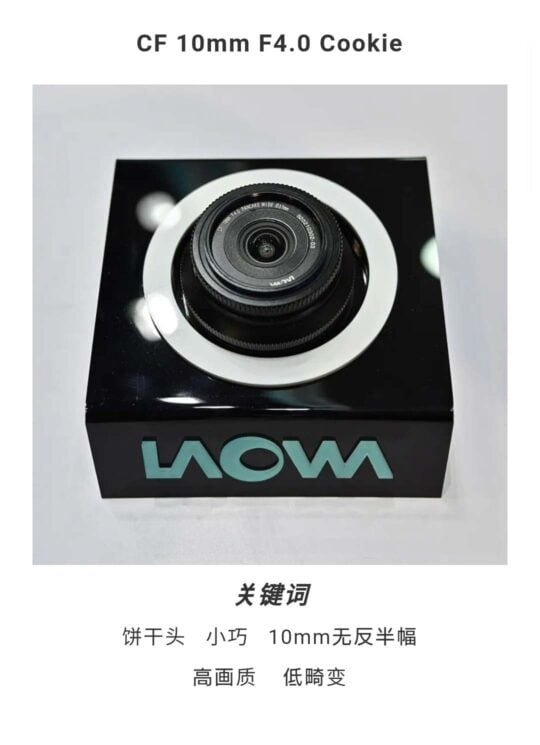 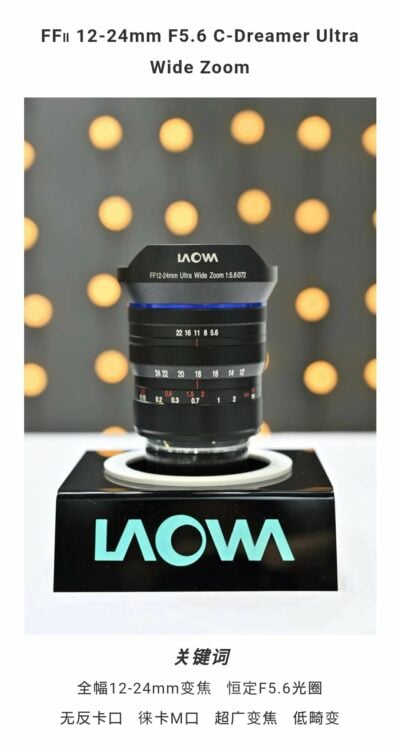 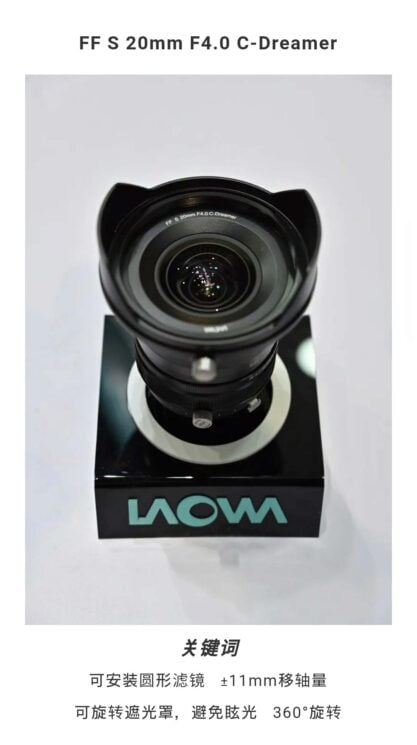 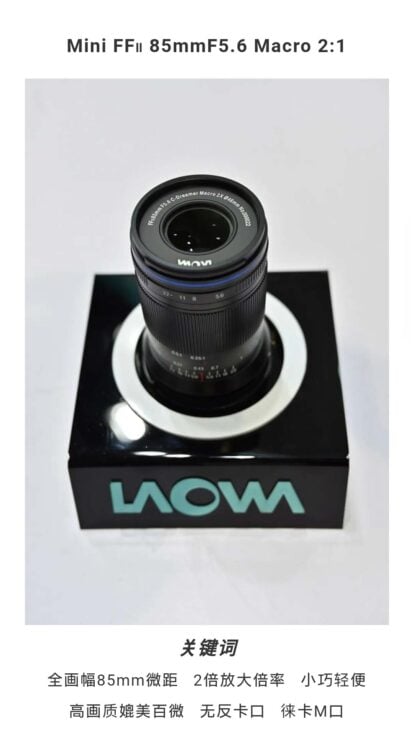 None of the cinema glass appears to be full-frame, but it looks like there are some great options for MFT shooters, as well as those APS-C/Super 35 shooters looking to get their anamorphic fix. 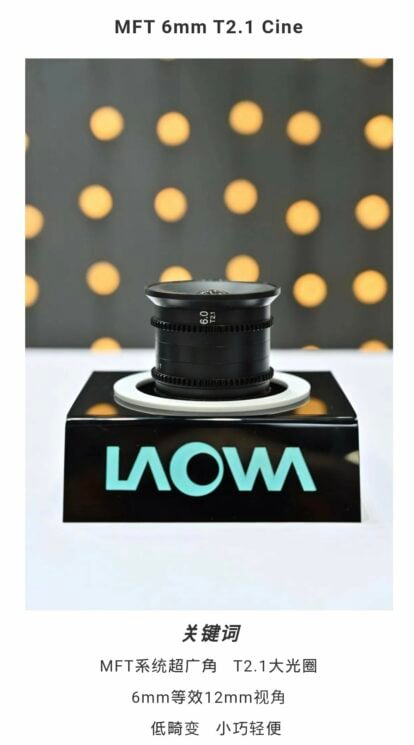 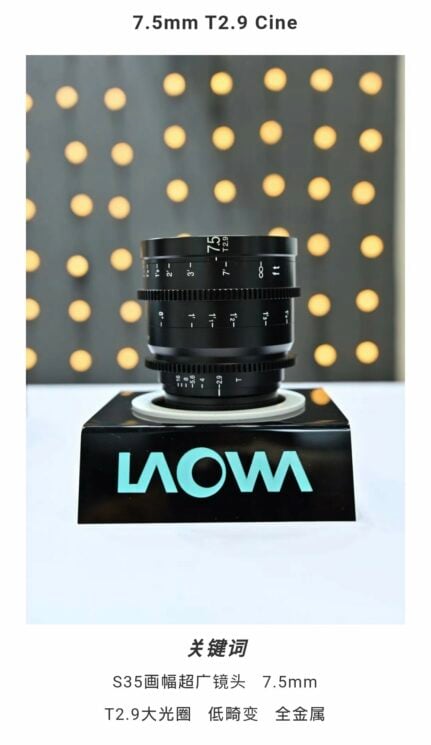 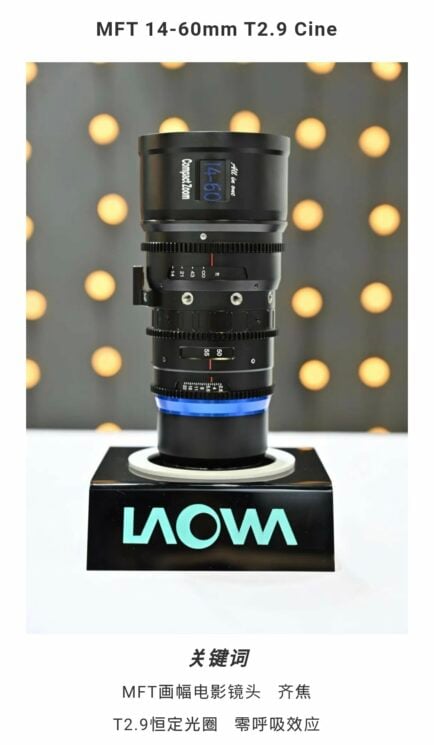 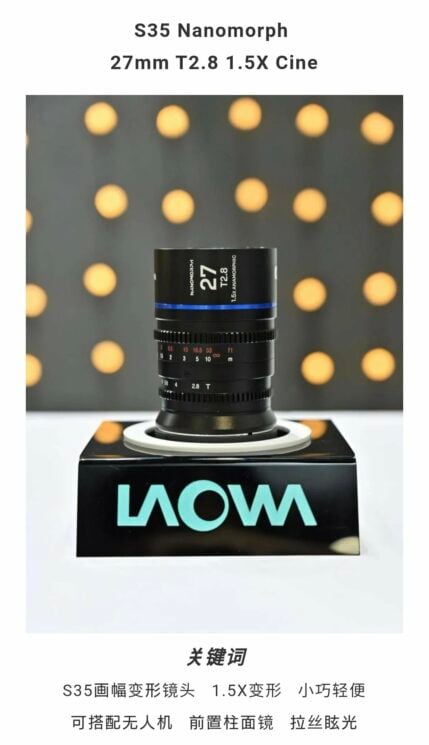 There’s no word yet on exactly when these lenses will be officially announced with complete specs, but it looks like we’ve got a lot on the way from Venus Optics to play with. I’d be very interested to see what people do with the new periscope macro lens and what it will let them achieve that they haven’t been able to in the past with the probe lens!