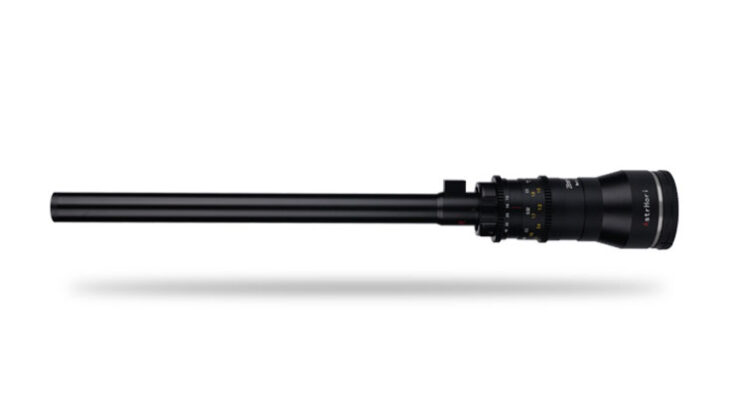 Relatively new and unknown lens manufacturer, AstrHori, has announced a new 28mm f/13 2x Probe macro lens. It offers a waterproof design, allowing you to submerge the end into liquids while keeping your camera save above the water level, and comes in at about half the price of Laowa’s 24mm f/14 2x Macro Probe Lens.

The new AstrHori lens full frame and is available in a whole bunch of different mounts including Sony E, Leica L, Nikon Z, Nikon F, Fuji X, PL, Canon RF and Canon EF-M. Its working distance is a mere 10mm from the end of the lens, allowing you to get extremely close up to your subjects and it has a variable f/13-40 aperture. 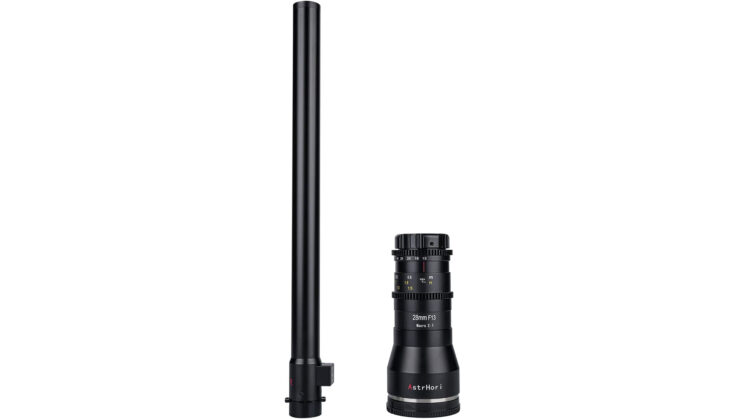 Despite the short 28mm focal length, it is an extremely long lens, made up of two parts that connect together. Fully assembled, it’s around 452mm long, plus the thickness of your camera body. It offers 2x magnification, meaning your subjects will appear twice as large on your sensor as they do in real life. The front 25cm of the lens is waterproof, allowing it to be submerged in water and other liquids. The waterproof lens is made from sapphire glass, which has high hardness, wear resistance and is difficult to scratch.

The front lens features a ring of what AstrHori claims to be “high-power” LED lights, that have ten adjustable brightness levels. They’re powered by a USB-C interface, using a 5v power supply with 1 Amp of current. 5 Watts isn’t very high power, but when you’re this close to your subject, it’s certainly going to make a difference. It features a 7-blade diaphragm, has an optical makeup of 21 elements in 16 groups and weighs 698g.

It’s nice to finally see another probe macro lens player in the market. Give the massive price difference between this and the Laowa 28mm f/14 Probe lens, though, I’m very curious to see how the two perform side-by-side once these start getting into the hands of reviewers. The Laowa was always too high for me to justify for my needs but this one might potentially be in the running!

The AstrHori 24mm f/13 Probe macro lens is available to buy now for $739. It’s currently available in Sony E, Leica L, Nikon Z, Fuji X, PL and Canon RF mounts. Nikon F and Canon EF-M mounts are expected at some point in the near future. I’m a little surprised to not see Canon EF mount listed there, to be honest.