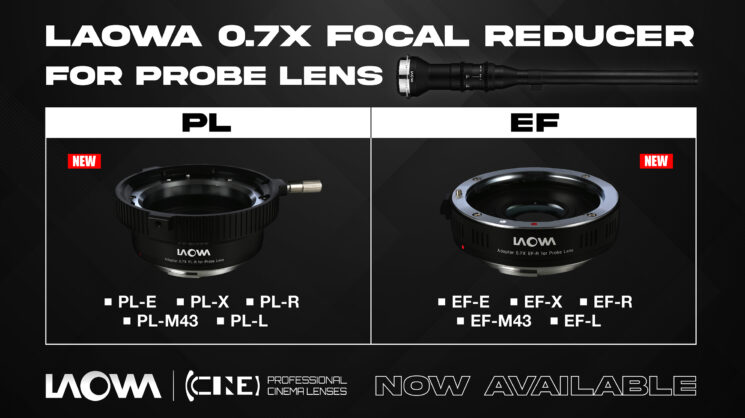 Also like your typical focal length reducer, you get a slightly wider effective aperture, too. In this case, it brings that f/14 up to f/10, making things a little easier on your lights. There are multiple version of the adapter with mounts on one side for either the PL or EF mount lens and mounts on the other for either Sony E, Fuji X, Canon RF, Micro Four Thirds or L mount.

It’s an interesting array of mounts on the camera side as a couple of them present few options. There are rumours of an APS-C format Canon RF mount mirrorless camera coming at some point, but there’s no word on when, although the RED Komodo uses Canon RF mount, as does the Canon EOS C70. So, RF mount makes some sense. L mount, though? I’m not so sure. The only L mount APS-C camera right now is the Leica CL and I can’t see Panasonic releasing an APS-C camera that would compete with their own full-frame and Micro Four Thirds offerings. Maybe Sigma’s working on something, but I doubt it. 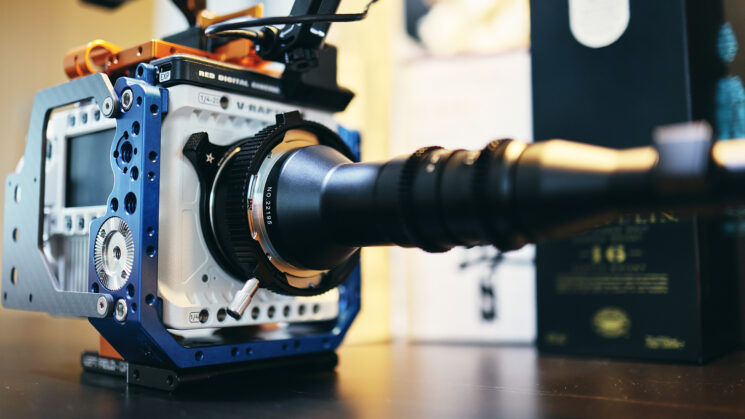 Laowa says that the 1.5x APS-C/Super 35mm crop factor gets bright down to 1.05x and the usual 2x crop of Micro Four Thirds gets brought down to a 1.4x crop, just slightly wider than APS-C/Super 35mm without the adapter, but still much wider than MFT can get alone. It features full metal construction for both stability when adapting lenses without wiggle as well as overall improved durability.

The Laowa 0.7x Focal Length Reducer for Probe Lens is available to buy now from the Laowa Cine website in all its various lens combinations for $250.