The ISS has been in the center of many photo stories. Sometimes we’d see awesome photos taken from up there, and sometimes the space station itself would make a part of the composition taken from the Earth.

Dr. Sebastian Voltmer pointed his telescope more than 400 km (250 miles) up to the sky, filming the International Space Station in real time. And he didn’t just capture the ISS, but even the spacewalk that was going on while his telescope was pointing up.

Sebastian is an astrophotographer, a filmmaker, and a musician, holding a PhD in Media Theory (scientific photography). He captured these photos and the video shortly after sunset when the viewing conditions were the best. “The resolution of the images shows details around 20 cm,” he explains. “The docked SpaceX Dragon capsule, with which the current Crew-3 flew to the ISS, can be clearly seen.” At the time when Sebastian was shooting, ISS astronaut Matthias Maurer was just climbing the ISS. And what circles the story completely is that the video and the photos was captured from Maurer’s hometown in Germany. 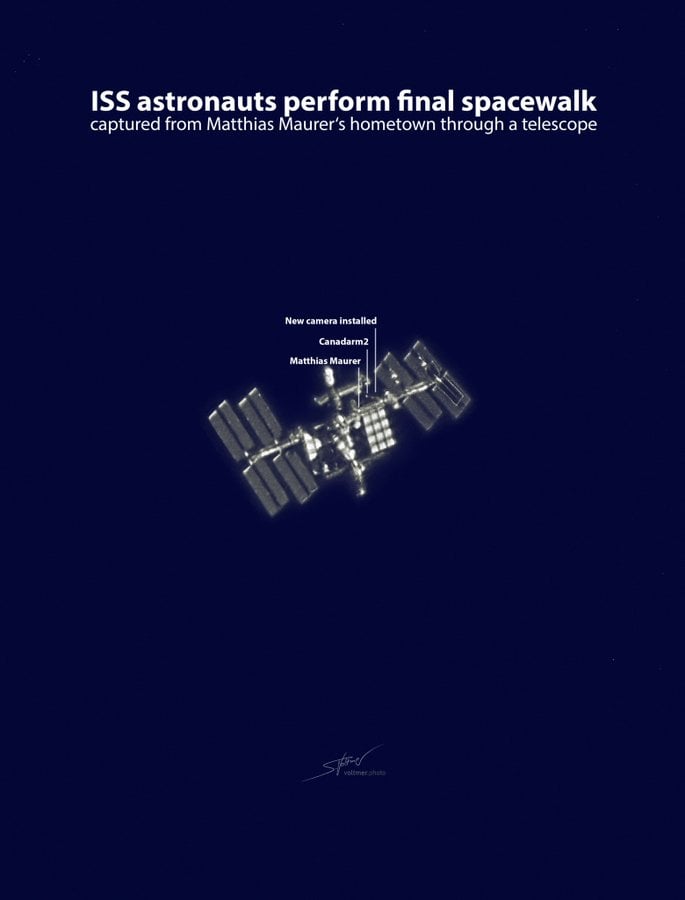 Sebastian’s photo quickly became popular enough to go viral, but then someone pointed out a fact that made the capture even more interesting. Other than Matthias Maurer, ISS astronaut Raja Chari is also detectable in the photo – on the robot arm “Canadarm2.” 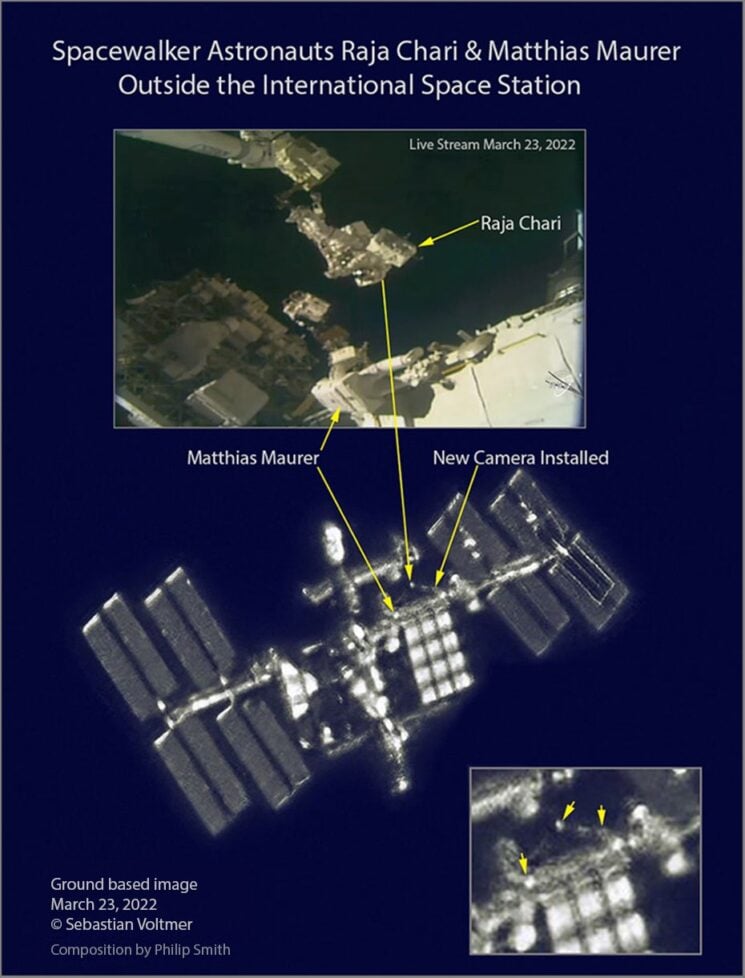 And yes, I know, the astronauts seem tiny when you look at the images. But the ISS orbits Earth at an average altitude of approximately 250 miles or 408km. That’s quite a lot if you want to see a human from your own backyard, even with a telescope. And to my knowledge, Sebastian is the first one capturing not just one, but two ISS astronauts as they were doing a spacewalk, which is pretty epic, don’t you think?

And I just love it that this story contains many of his interests and talents: he photographed and filmed the ISS, pairing the video with an amazing soundtrack. Writing about this once-in-a-lifetime capture also lead me to his fantastic music which I was listening while working on this article.

« This AI recreated a whole virtual San Francisco from 2.8 million photos
Take your images up a notch when working with non-pro models »