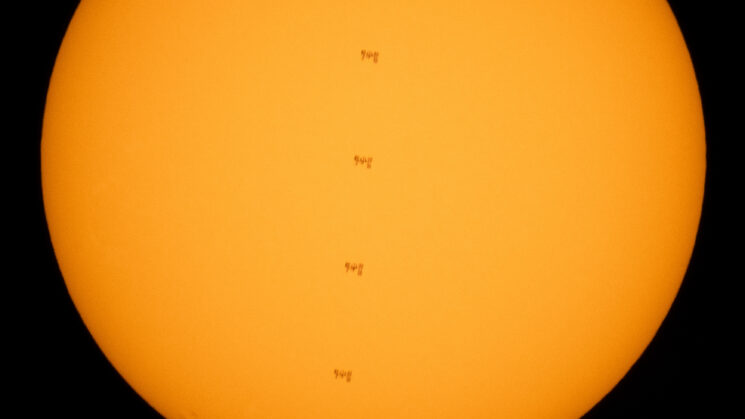 On 25 June, astronauts Shane Kimbrough from NASA and ESA’s Thomas Pesquet were on a spacewalk outside the ISS. Little did they know that they would photobomb an image of the ISS transiting the sun. Photographer Joel Kowsky took a series of transit images and it turned out that the two astronauts were there exactly at that time.

Kimbrough and Pesquet were conducting a spacewalk to install the second Roll-Out Solar Array (iROSA). Interestingly enough, this happened exactly during the transit. NASA made an animation and a composite image made from seven shots, as well as a video where you can see it zoomed in. 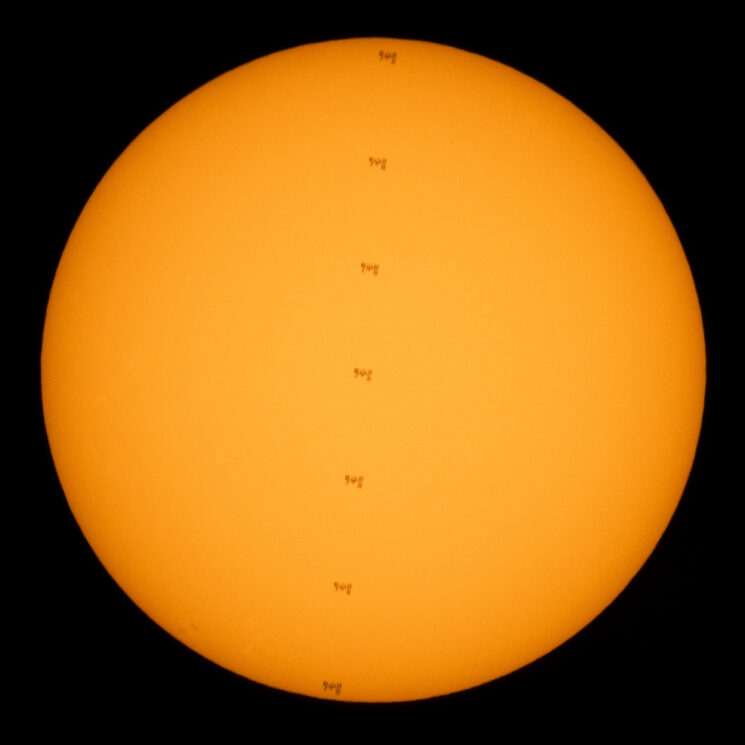 Anyone who photographed the ISS transiting the sun or the moon knows how much planning and patience it takes. But I think that, if you add a generous amount of luck, you can capture what Kowsky did. Considering that the ISS transits the Sun at roughly five miles per second, I’d say that the odds were very slim to capture both the spacewalk and the transit together. I find it a bit underwhelming that it seems the same as it does without the spacewalk, though… Is it just me?