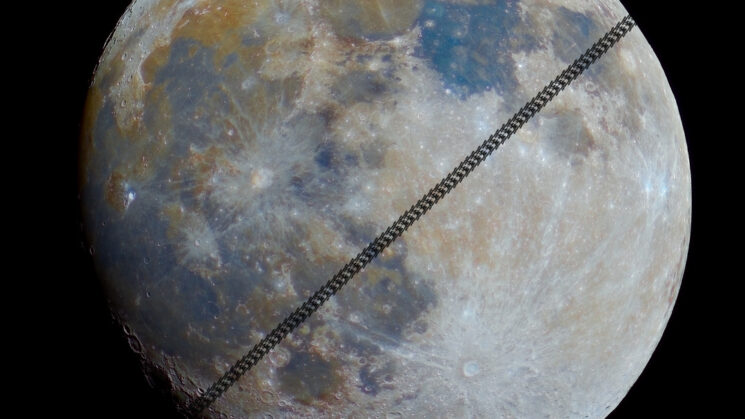 Our Moon is covered with various mineral deposits that show in different colors you can capture in a photo. Photographer Alexandru Barbovschi has recently done it, showing our moon in its colorful beauty and in great sharpness and detail. But he also captured the ISS transiting in front of it, which made the result even more impressive.

Alex wanted to photograph the ISS transition in front of the moon, and he tells me that he planned it and arrived in the very last minute. “I pinged my good old friend and asked him to help me out,” Alex tells DIYP. “He agreed, so two hours before the transit we hit the road!” The guys arrived at the shooting location in Moldova and got ready for the shoot. And believe it or not, the gear was ready only 20 seconds before the big event “It was very tight timing,” Alex says, “but everything went just fine, we saw the ISS passing in front of the Moon and couldn’t be happier!” The transition of the ISS is super-fast, lasting only around a second. So, despite organizing everything in a very short time, it turned out that Alex had perfect timing.

After shooting the ISS passing, Alex and his friend stayed and shot additional material so he could attempt to assemble a mineral Moon. He tells DIYP that he’s never done this before with his astro cameras. “DSLRs worked for me before, but my planetary astrocams are monochrome,” he explains. “I have a filter wheel and LRGB filters set, so it was totally doable.”

But what Alex didn’t expect was that the result would be so awesome, he admits. He cropped out and stacked the ISS separately to improve clarity and sharpness. “It worked wonders, ISS’ details showed up nice and crisp,” Alex says. “Final touch – putting it back, exactly in the positions it had on the captured RAW frames and slowing down the speed by ~4x times.” Here’s the result:

There are also two photos Alex shared with us, and I don’t know which one I like better. The details really are nice and crisp, but I’m even more impressed when I think how great the timing was to shoot this. You can see the photos below, and make sure to check out more of Alex’s work on Flickr, Instagram, his Facebook page, and  Twitter. 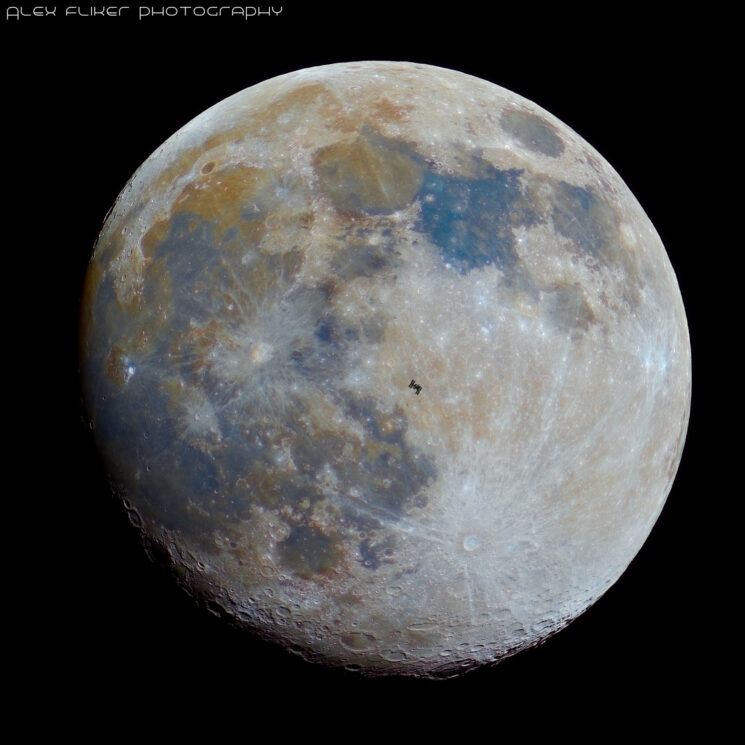 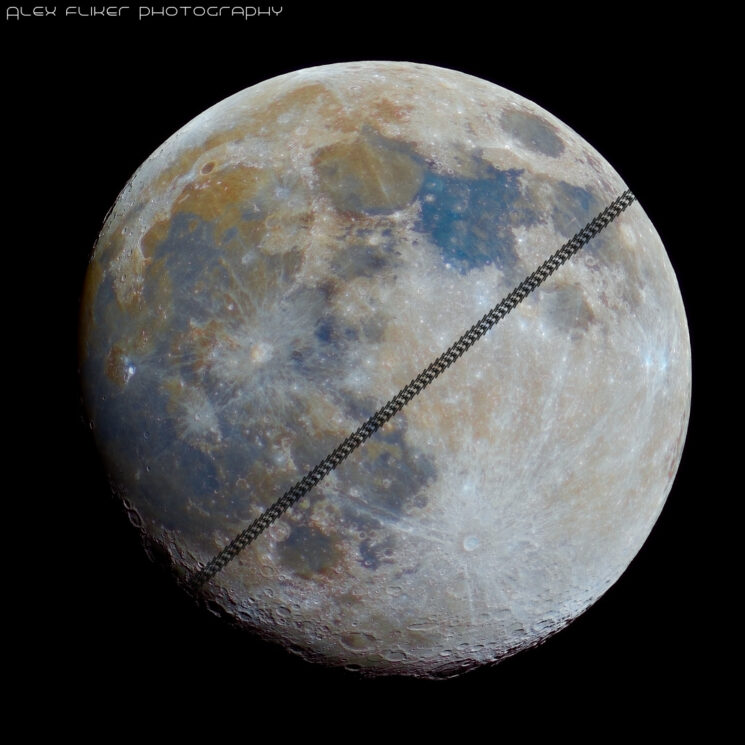