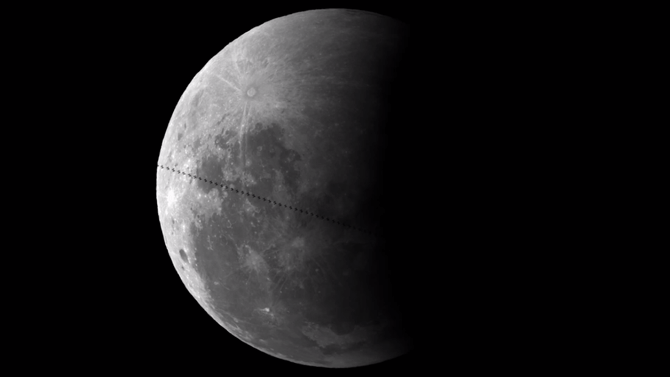 If you’re like me, your social media and news feeds were chock full of some great (and some not so great) shots of last night’s supermoon/total solar eclipse. Sadly for me, we had some pretty terrible weather and clouds that made my eclipse gazing plans non-existent–and I really had my heart set on trying to catch the International Space Station make a pass across the exciting lunar event.

Fortunately, I wasn’t the only one who wanted to have a look. Renowned astrophotographer, Theirry Legault, wasn’t going to miss the rare occurrence for anything. Legault was able to not just see the ISS transit, he also grabbed some video and stills of the eclipse and it’s drive-by visitor.

Legault told UniverseToday, ““Even if I caught a cold, I could not miss it. The Moon was very low on the horizon, only 16 degrees, so the seeing was not very good, but at least the sky was clear.” The photographer also noted he used CalSky to help determine the best place to photograph the event from France.

According to Legault and UniverseToday, Legault’s photo marks the first time anyone has ever photographed a transit of the International Space Station of the Moon during a lunar eclipse. The fact this moon was also a super blood moon only sweetens the deal.

Take a look at the historic footage, here, then head over to Legault’s website to see more of his work.

« Side By Side Comparison Of Nine Generations Of iPhone Cameras Including The iPhone 6S
Confessions of an ex gear addict: How buying cameras and lenses made me miserable and lose thousands »