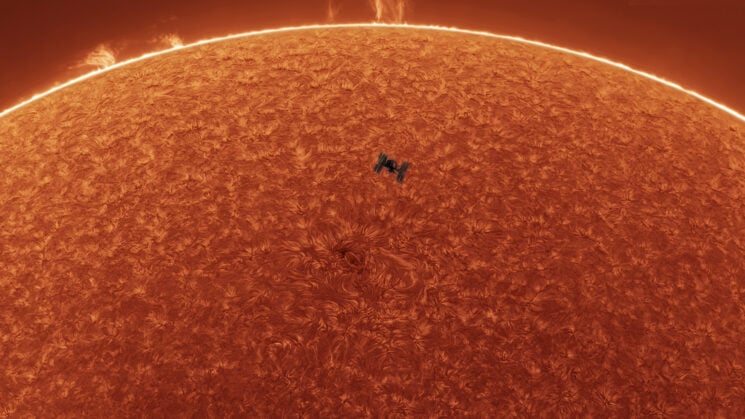 The International Space Station orbits the Earth about every 90 minutes. However, capturing it as it transits in front of other objects requires meticulous planning and perfect timing. Germany-based photographer Mehmet Ergün caught the ISS as it transits the Sun, and shared his absolutely stunning photo with DIYP.

Mehmet is an astrophotographer born in Turkey but grew up mostly in Germany. He’s been interested in our universe since he was a child, and this interest evolved and let Mehmet to becoming an astrophotographer. He learned it all himself and from observing the sky in the countryside as a child, he came to getting his first telescope in 2010. This is when his passion for astrophotography was born, and he’s been keeping it alive ever since.

His passion, talent, and dedication brought Mehmet recognition in the astrophotography circles. His photo of the ISS transiting in front of the sun was proclaimed Astronomy Picture of the Day (APOD) for 4 May. 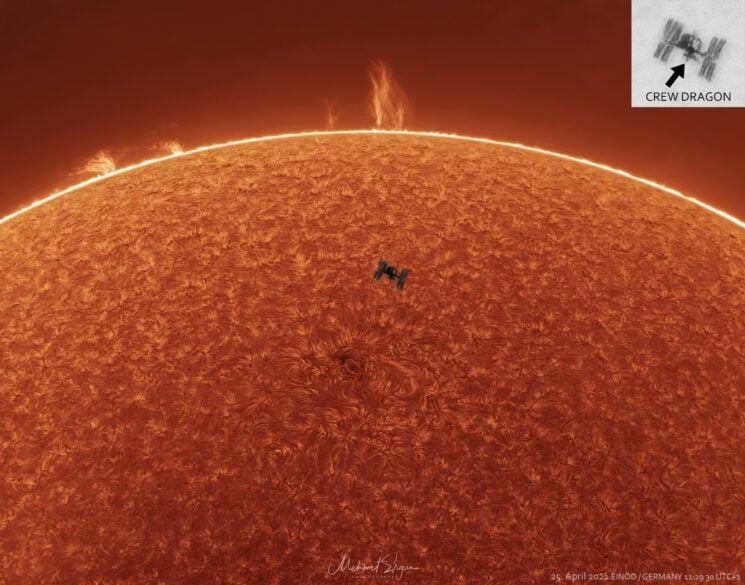 The end result is actually an HDR image of three photos combined together, all taken from the same location at nearly the same time. The first image is overexposed, showing the faint prominences seen across the top of the Sun. The second image is underexposed so it captures the complex texture of the Sun’s chromosphere. The third image is the toughest one to get. It shows the ISS as it shot across the Sun in a fraction of a second.

“Transiting the Sun is not very unusual for the ISS, which orbits the Earth about every 90 minutes,” APOD explains. “But getting one’s location, timing, and equipment just right for a great image is rare.” This is why Mehmet’s image is so special and recognition-worthy. And of course, it’s quite beautiful too!