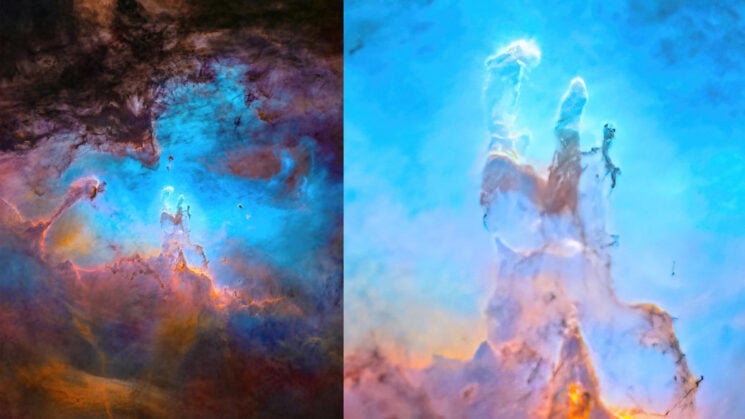 Pillars of Creation is undoubtedly one of the most iconic photos that NASA’s Hubble Space Telescope has ever taken. The Hubble mission has cost approximately $16 billion, so have you ever thought that the magnificent Eagle Nebula could be captured from your own backyard, with a modest telescope?

Well, astrophotographer Andrew McCarthy (previously) did. So he set up his telescope in his backyard, pointed it at the Eagle Nebula, and ended up with his own take on the iconic Pillars of Creation. 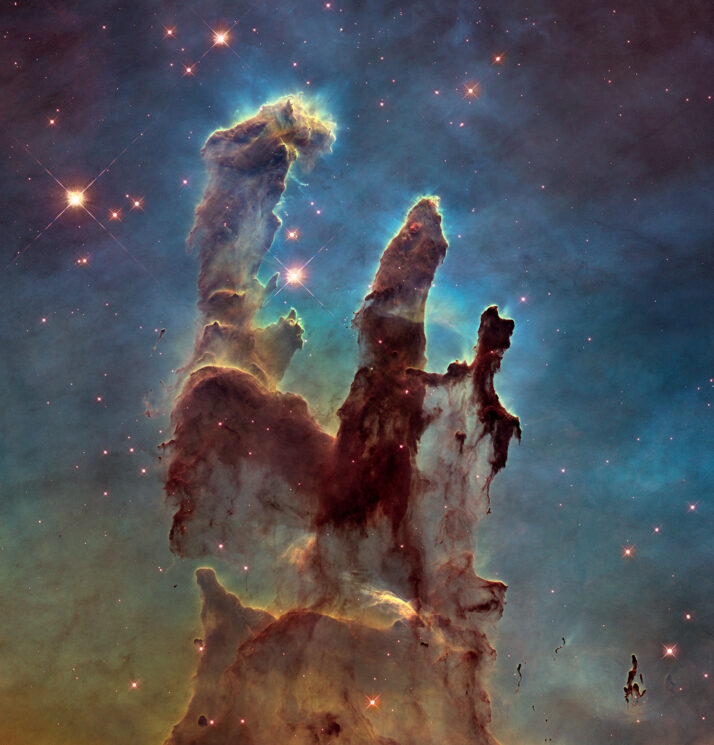 It was interesting for me to learn that this is actually one of Andrew’s most frequently-captured subjects. In fact, it’s pretty accessible even when shot from the ground. Andrew used a 12” Newtonian telescope at 1200mm, which is his largest telescope. He paired it with the asi1600mm astronomy camera with SHO filters. During editing, he removed all the stars to make the iconic Pillars of Creation stand out even more.

Andrew explains that the different colors of the nebula’s fluorescent glow are due to the stellar radiation ionizing the gasses within them. “Hydrogen is the most abundant, which puts off an overwhelming red glow,” Andrew says, “but by using special filters I can draw out amazing color depth.” 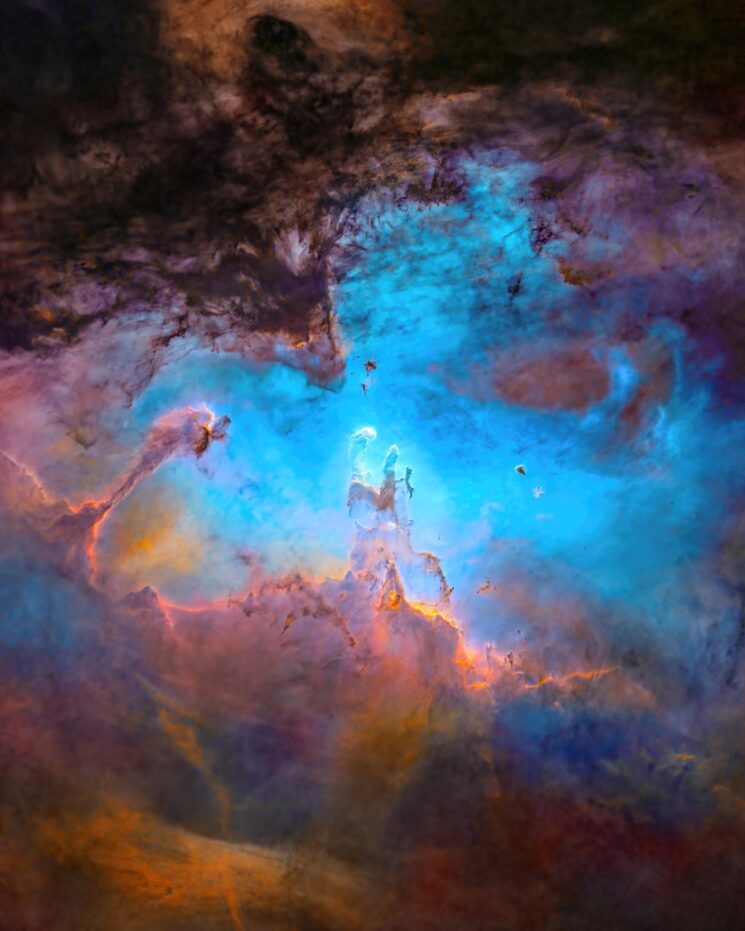 “Who knows the incredible things forming in this stellar nursery, filled with hot young stars and brand new solar systems,” Andrew says, adding that shooting Eagle Nebula always makes his imagination run wild. “One of the areas of space I would love to visit if the laws of physics could be bent enough to give me the opportunity.”

Make sure to take a look at more of Andrew’s work on his website and Instagram, and you can buy some magnificent space prints here. 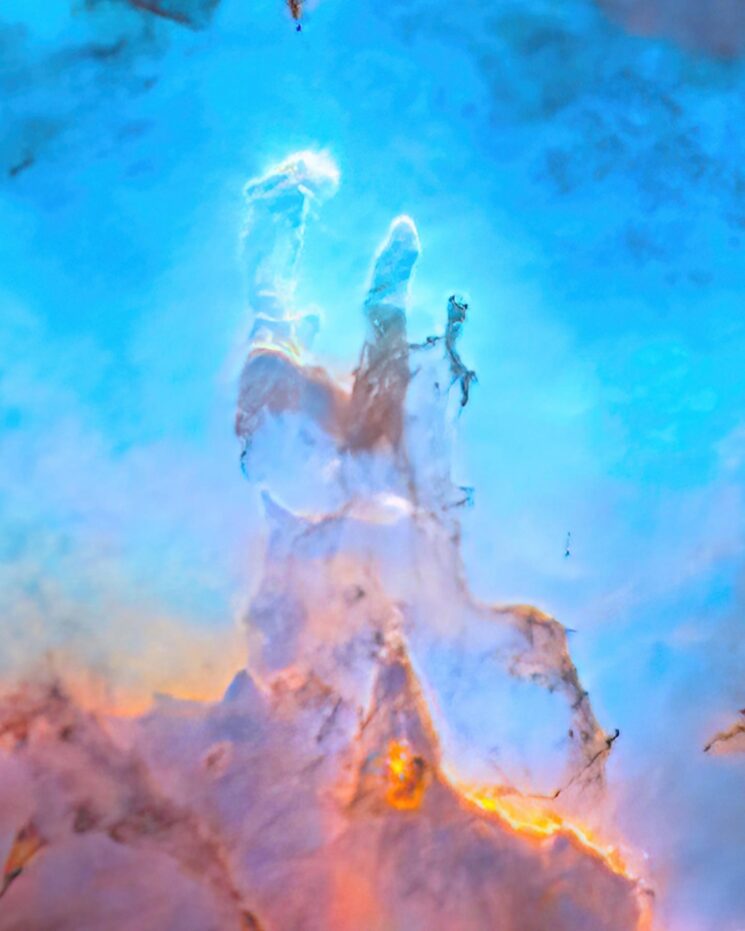 Photographer captures ISS astronauts’ spacewalk from his own backyard

Photographer shoots breathtaking image of comet Leonard from his backyard