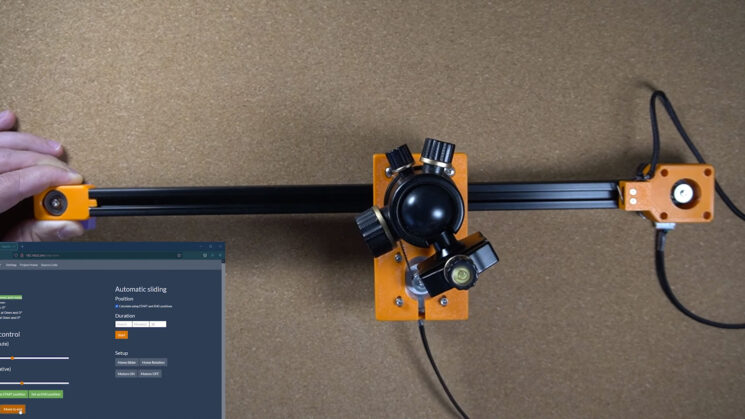 There are as many different camera sliders out there on the market as there are cameras. If not more so and you can spend an absolute fortune getting every possible feature you could think of. But nothing beats building your own, and this DIY camera slider from Sasa Karanovic is probably one of the more compact and feature-packed builds we’ve seen here on DIYP because it supports multiple axes.

As well as just moving your camera down the length of the slider, it will also rotate the camera. It’ll even let you control the two simultaneously for some nice orbit-style slider shots. It’s based around an ESP32 microcontroller and the whole thing is controlled over WiFi using a web interface from your phone – or your tablet, computer, whatever.

Sasa’s camera slider is designed to be used pretty much anywhere you want to, either straight down on a flat surface or mounted to the top of a tripod. He tried to use as many off-the-shelf components as he could on his build in order to allow as many people as possible to be able to recreate it at home, although there are a few custom 3D printed parts, too. So, if you don’t have a 3D printer, you’ll need to find somebody who does and is willing to help you. You could potentially even make the other components from another material using a CNC machine.

The brains of the whole thing is an ESP32 microcontroller. Essentially a souped-up 32-Bit Arduino-like device (you can even code it using the Arduino IDE) that has built-in WiFi and Bluetooth. As it has built-in WiFi, it acts as its own web server that allows you to control the slider and configure its settings through a web interface using the standard browser on your smartphone or computer. 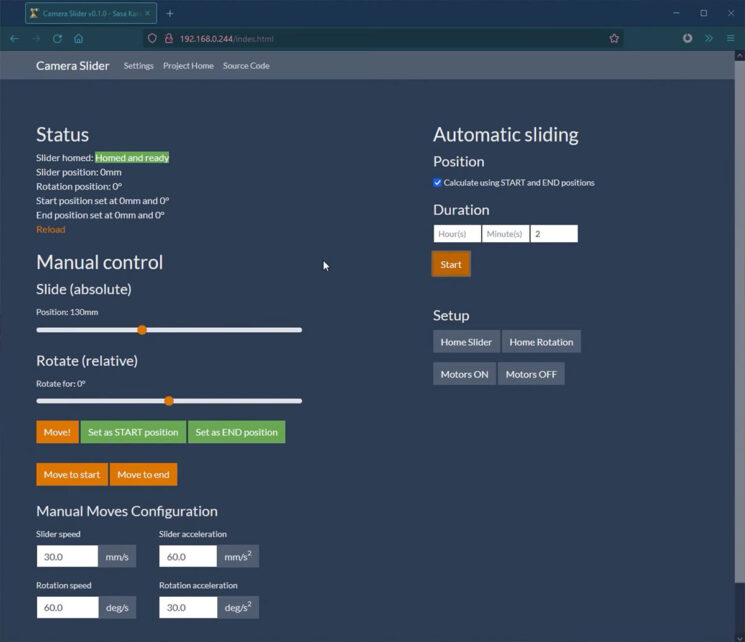 The actual sliding part is a standard 2020 aluminium extrusion along which the 3D printed carriage rides. It’s moved along the rail with a standard Nema 17 stepper motor. A second Nema 17 stepper motor also mounts below the carriage to rotate the platform above to which your tripod head mounts, allowing for rotational movement as well as linear. This makes it one of the better DIY solutions out there, as most can only control the single slide axis.

It’s a very versatile looking unit that allow you to shoot both video and timelapse over the web interface. I’ll certainly be digging into the code for this one to have a play and see how it all works. and if I can adapt it to my own DIY slider. And speaking of the code, Sasa has released both the designs for the 3D printed hardware as well as the source code for the ESP32’s firmware as open source. All of the files are available to download over on GitHub.