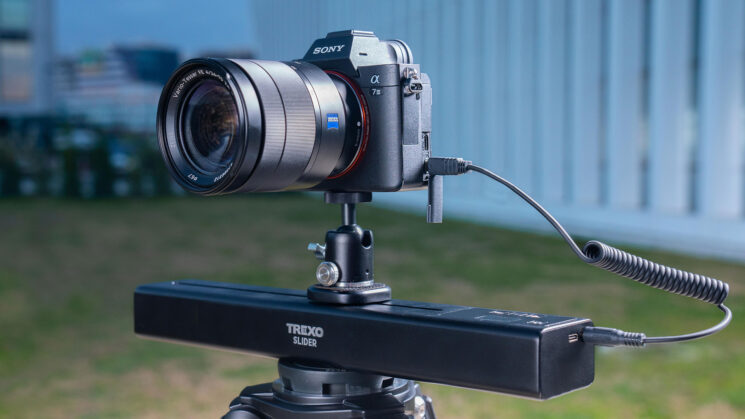 Trexo Innovation has announced their new Trexo Slider, a motorised mini slider aimed at content creators who like to pack a small lightweight kit. Designed to handle everything from DSLR and mirrorless cameras to smartphones, it allows for shooting of both video and timelapse, with speeds ranging from a super slow 0.001mm/sec up to a rather nippy 30mm/sec. It’s also strong enough for vertical slides up to a rate of 25mm/sec.

It’s launching via Kickstarter and claims to be “the world’s most compact camera slider”. I’m not entirely sure about that claim, but it is pretty small. Unlike most camera sliders on the market, the Trexo slider uses a leadscrew instead of a belt for camera movement, allowing for smaller movement increments, increased accuracy and better torque for moving heavier cameras.

I’m going to get this one out of the way first because if you’ve been on DIYP for a while, you’ll probably know I’m a big fan of the Smartta SliderMini 2 (review here) which is also pretty tiny, motorised and offers much of the features that the Trexo Slider does. Taking my callipers to the SliderMini 2, it’s 264mm long, 28mm tall (including the carriage) and 62mm deep (85mm deep for the carriage). The Trexo Slider is 326mm long, 55.5mm tall and 48mm deep.

So, it’s actually a little bigger in two dimensions than the SliderMini 2, with both sliders offering the same 200mm of total travel length. While the Trexo Slider might be amongst the most compact motorised mini sliders out there, I’ll let you make your own decision on whether or not it is the most compact mini slider out there. That being said, it’s still pretty small (326mm is a little shorter than the width of your average 15.6″ laptop) and should easily fit in almost any backpack when you want to head out the door with a lightweight set of gear. 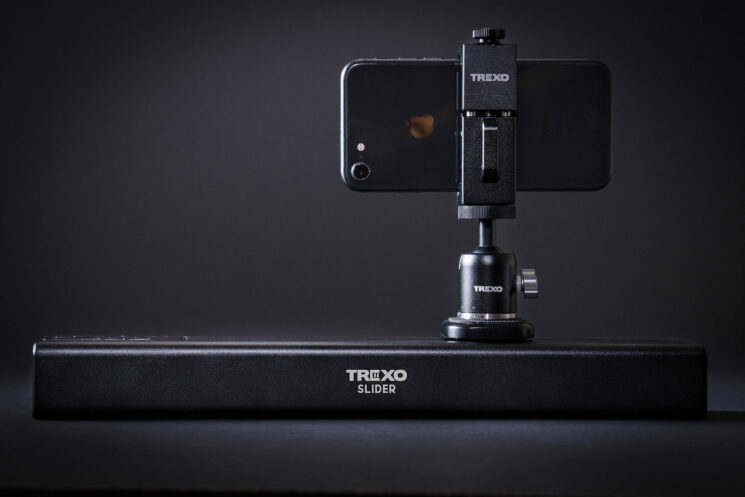 But the Trexo Slider offers a few things that the SliderMini 2 does not. For a start, and the reason it’s a little longer is that it has a built-in OLED display with buttons to sift through menus and start/stop it without having to fire up a smartphone app. It also appears to have a loop mode where it continually bounces from left to right and back with easing on each end. It slows down and speeds up on each direction change rather than coming to a dead stop – something that’s still not been implemented in the SliderMini 2, even though it has easing for single movements. 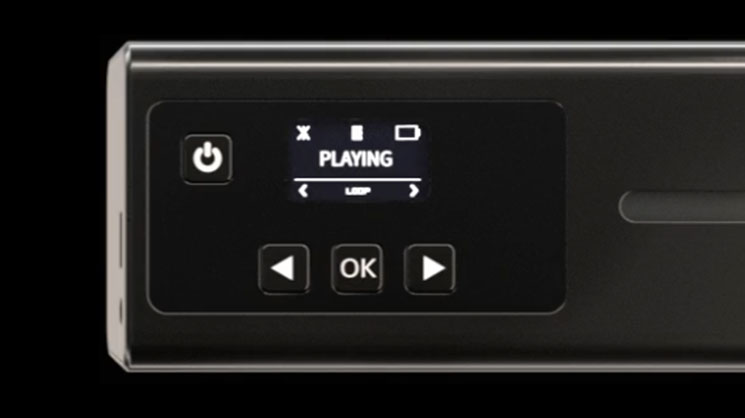 And speaking of the smartphone app, that too seems to be much more advanced than that of the SliderMini 2, offering a greater degree of control over your slid with numerous spots for keyframes and speed settings along with easing for each. You can also record and save custom movement presets once you’ve made them for easy recall in the future. And as the final screenshot on the right below indicates, there’s also going to be a pan-tilt head for this one to offer 3-axis motion control. 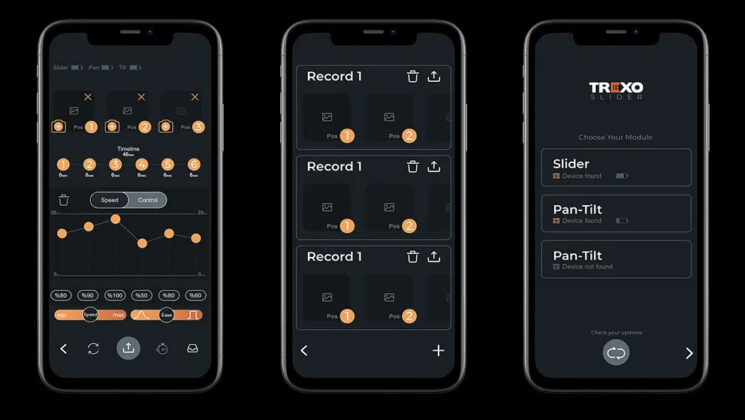 The built-in battery life is six hours thanks to a built-in 3250mAh 18650 battery cell and you can charge and power it simultaneously using an external power bank or USB charger for those super long timelapse sessions. Charging is done via the Type-C USB socket on one end of the slider and there’s a 2.5mm socket next to that for plugging in your camera to trigger it. On the other end is a 1/4-20″ socket and there are a further three 1/4-20″ and a 3/8-16″ sockets underneath to provide many different mounting options.

And for mounting your camera to it, the Trexo Slider features a 1/4-20″ thread on top to which you can attach whatever you like. There’s also a bundle deal that includes a smartphone holder, mini ball head and a flex arm for maximum small camera connectivity. I say “small” but it can actually handle loads of up to 5kg horizontally, 2.5kg with a 22.5° incline, 1.5kg when climbing vertically or 2.5kg when descending vertically. And it handles this load while weighing only 870g itself. 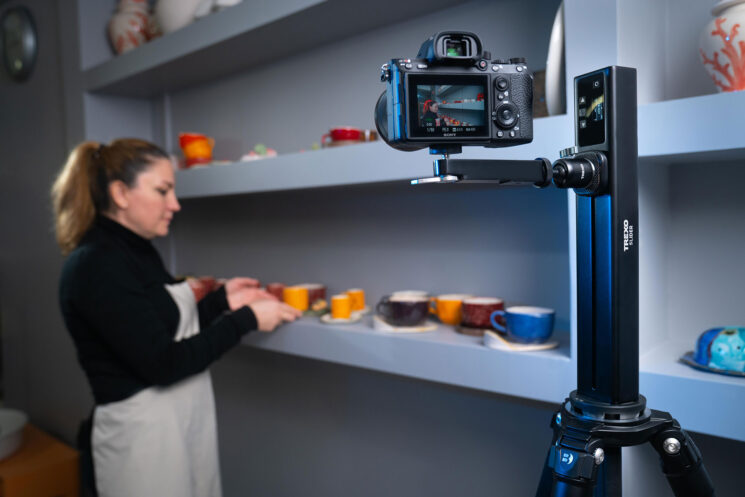 It’s made from CNC machined aluminium and stainless steel with stainless steel ball bearings for maximum durability and the movement of the slider carriage is controlled by a leadscrew rather than the typical belt-driven system of just about every other slider on the market. This is what allows it to get its super fine movement granularity (they say it has a 0.007° ultra-high-resolution encoder) and high torque for those vertical load capacities with less chance of slipping. Regular movement speeds go from 0.2mm/sec up to 30mm/sec with a super slow mode offering 0.001mm/sec for those really long timelapses.

The Trexo Slider, as mentioned, is launching via Kickstarter, which is immediately going to put some people off, with pledges starting at $295 for the basic slider or $345 for the bundle including the flex arm and ball head and is being released with the future promise of a motorised pan/tilt head to mount on top of it. As with all campaign promises, there are no guarantees that will ever actually come, but if it does, that should make this a pretty useful small system. Shipping is expected to begin in October.

Even without the pan/tilt head, it’s an impressive looking mini slider. On paper, at least.

« Canon 7D Mark II mirrorless successor, the Canon EOS R7, rumoured to be announcing in late 2022
Watch how an astronaut gets ready for bed on board the International Space Station »