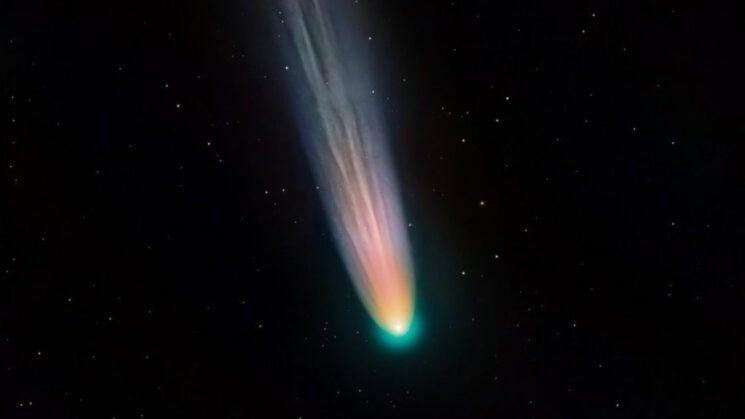 Comet Leonard has been a real treat for astrophotographers this month. And one of them, Andrew McCarthy, took a magnificent photo of it. I saw it while scrolling through Facebook and it stopped me in my tracks. So, I reached out to Andrew wanting to know more, and he kindly shared the photo and some details with DIYP.

As far as the gear goes, Andrew took the photo with an EdgeHD800 optical tube with a Hyperstar modification and an asi533mm camera. The final image is actually stacked from 25 shots taken at 30 s exposure, which helped to bring out the details of the comet.

I also asked Andrew about post-processing, and he told DIYP that it’s quite tricky to process comet images since they move. “It requires stacking the same set of images 3 different times, Andrew tells DIYP. “Once aligned to the comet, then aligned to the stars with the comet “subtracted” from the image, and then stacking both together so both the stars and the comet are seen clearly.” 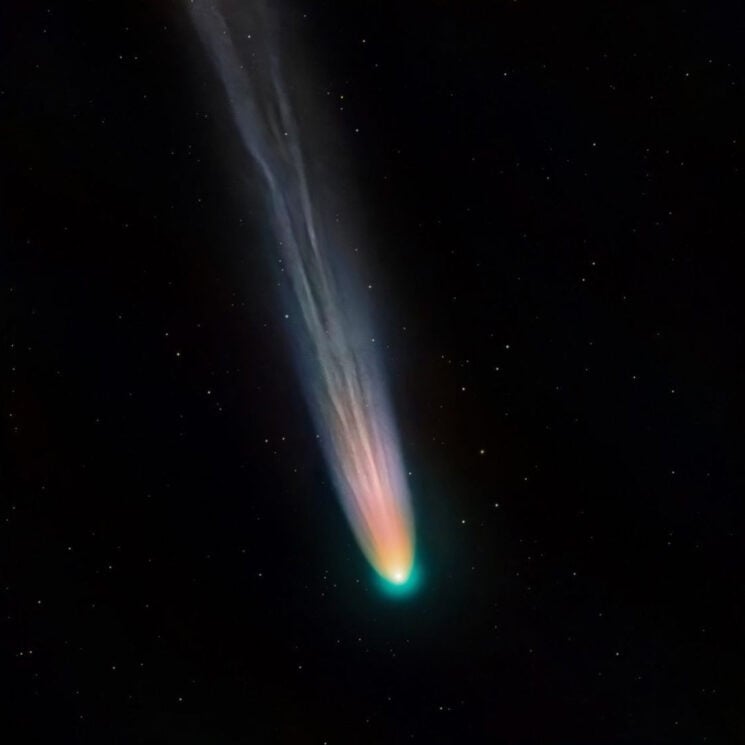 Believe it or not, this was captured from Andrew’s backyard, like many other magnificent photos he took. It was taken on 26 December in the early evening, which is the best time to observe and shoot this comet.

Even though Comet Leonard reached its closest point to Earth earlier this month, you still have little time to try and capture it. I hope that Andrew’s photo will inspire you and his tips will help you nail it, instead of failing as I did with Neowise last year. :) For more amazing astro photos, make sure to check out Andrew’s Instagram and Facebook page.

« The Godox VDS-M3 XLR shotgun mic has a built-in battery for when you don’t have phantom power
This LEGO Leica IIIf set could come to the store shelves, and you can help »