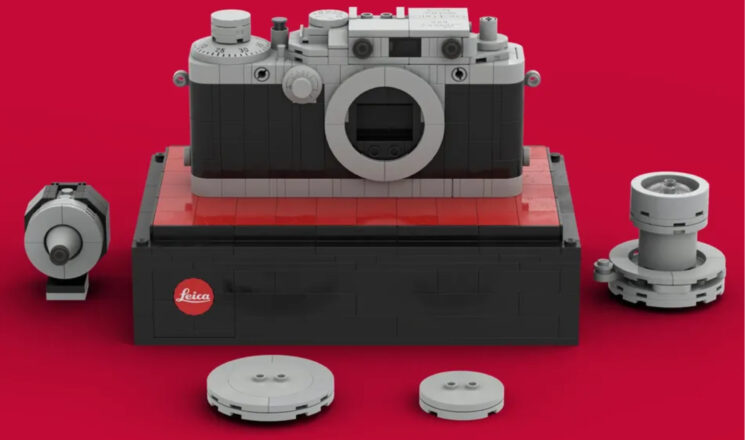 Other than real cameras, many photographers also like camera-shaped kick-knacks. And if you’re keeping your inner child alive and well, I’m sure you also love LEGO. In that case, you’re going to love this Leica IIIf set that contains not only the camera, but also a, box, a lens, a finder, and lens and body caps. What’s more, you can help it to get to the shelves!

The LEGO and Leica fan behind this kit is Pandis Pandus. If it rings a bell, they also designed this LEGO Ur-Leica based on the “original Leica” from 1914. This time, the inspiration was the Leica IIIf, an iconic rangefinder camera introduced in 1950. Interestingly enough, Pandis Pandus owns one, so they decided to recreate the full kit with digital LEGO pieces: the camera body, a 50 mm f/2 lens, a 35 mm finder, and the caps.

As far as the pieces go, the kit would have a total of 586 elements: 125 unique elements, 6 decorated elements, and 2 weight bricks built into the camera. “The accessories are easily attachable and detachable,” the designer writes. “The dials can rotate 360 degrees and the shutter-release button is tactile.” 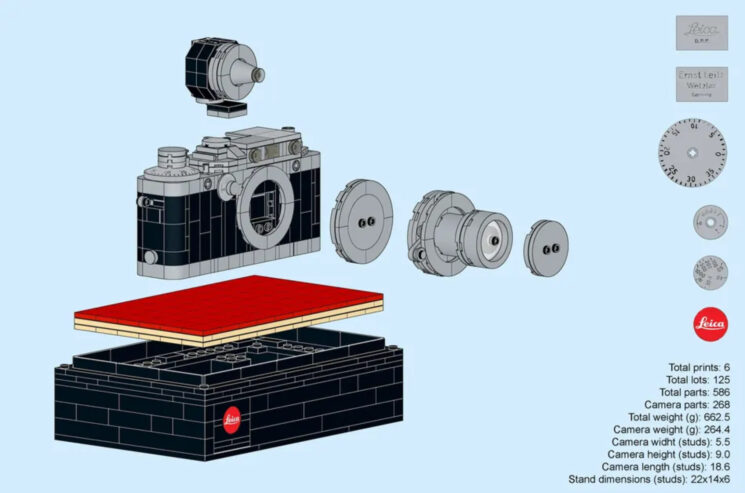 For now, the LEGO Leica IIIf is only a concept. However, you can support the project on Pandis Pandus’s LEGO Ideas page, and hope that it will hit Leica or LEGO stores in near future.

Watch: Shelves full of camera gear collapse like a house of cards