Pillars of Creation is certainly one of the most iconic space photos we know. Originally shot by Hubble in 1995, it was reshot 20 years later, and seven more years later with NASA’s brand new tool, James Webb Space Telescope, or JWST for short.

In its most recent photo, JWST brings us an entirely new look at the famous gas and dust pillars. Thanks to its infrared cameras, we get to see this star-forming region with details we’ve never seen before.

The Pillars of Creation are a part of the “Eagle Nebula,” also called M16. Thanks to Webb’s Near-Infrared Camera (NIRCam), you can see a bunch of stars which primarily show up in near-infrared light. This light also reveals thousands of newly formed stars, and NASA points you to look for “bright orange spheres that lie just outside the dusty pillars.”

On the other hand, Webb’s Mid-Infrared Instrument (MIRI) is the reason why dust is on full display. It’s best visible in mid-infrared light, and you can see it as the layers of “diffuse, orange dust that drape the top of the image, relaxing into a V.” The color change is due to different density of the dust: the indigo-colored parts show the areas where the dust is the densest. 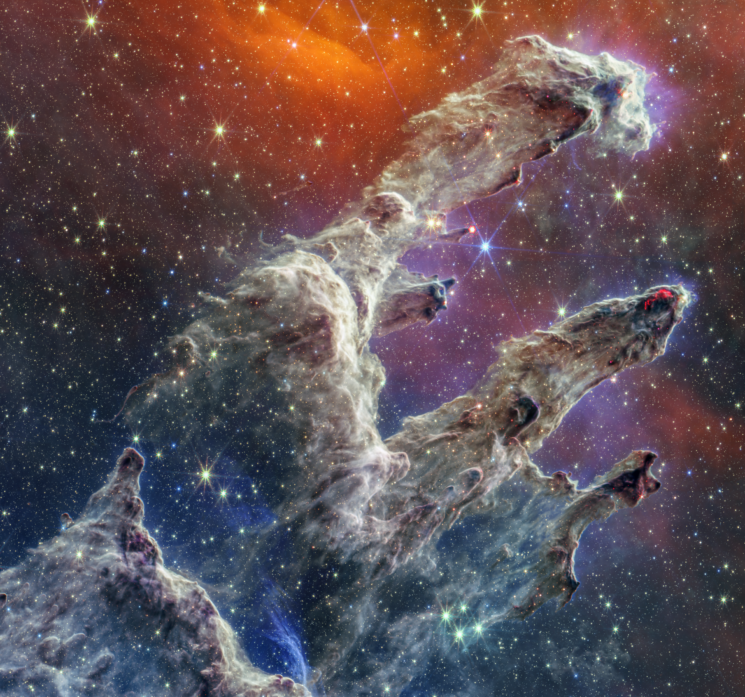 And now, for comparison (and more space beauty), here are the different versions of the same subject. 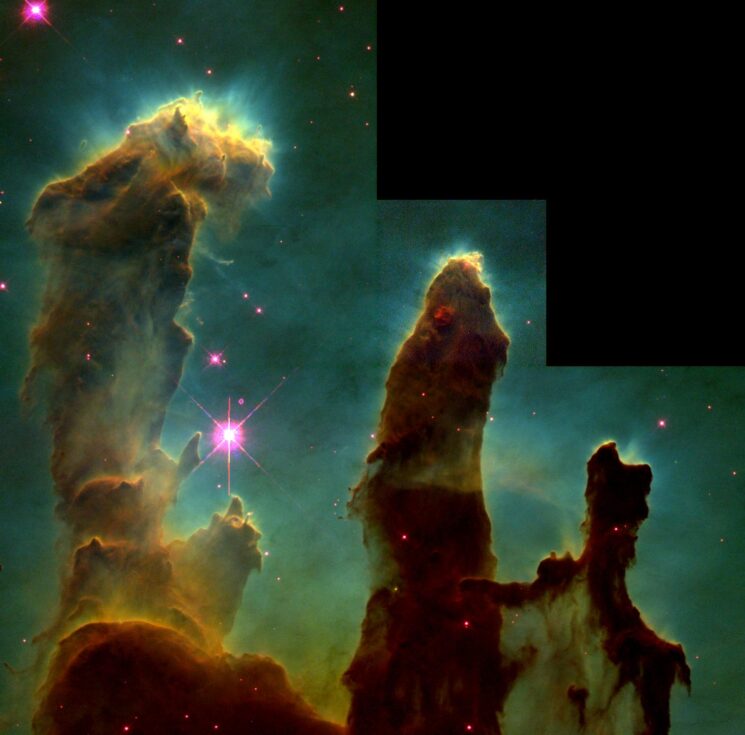 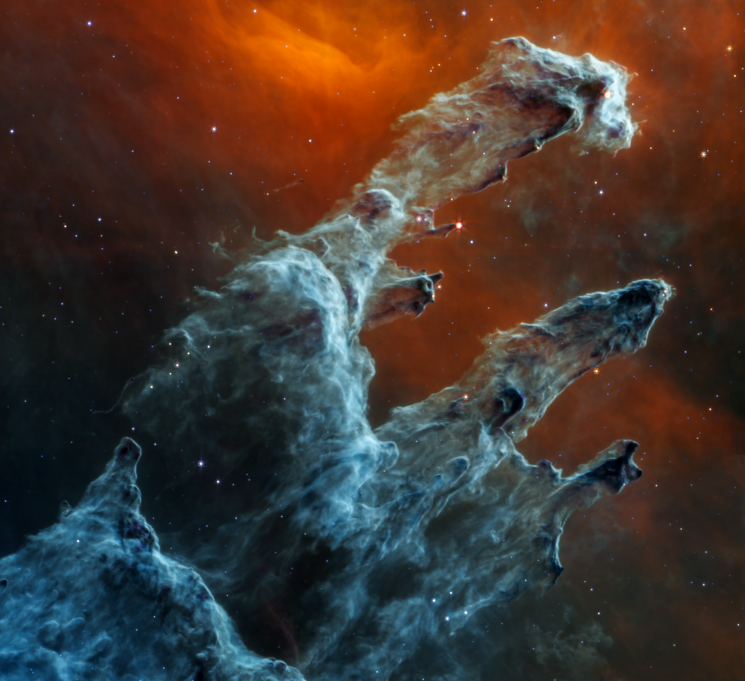 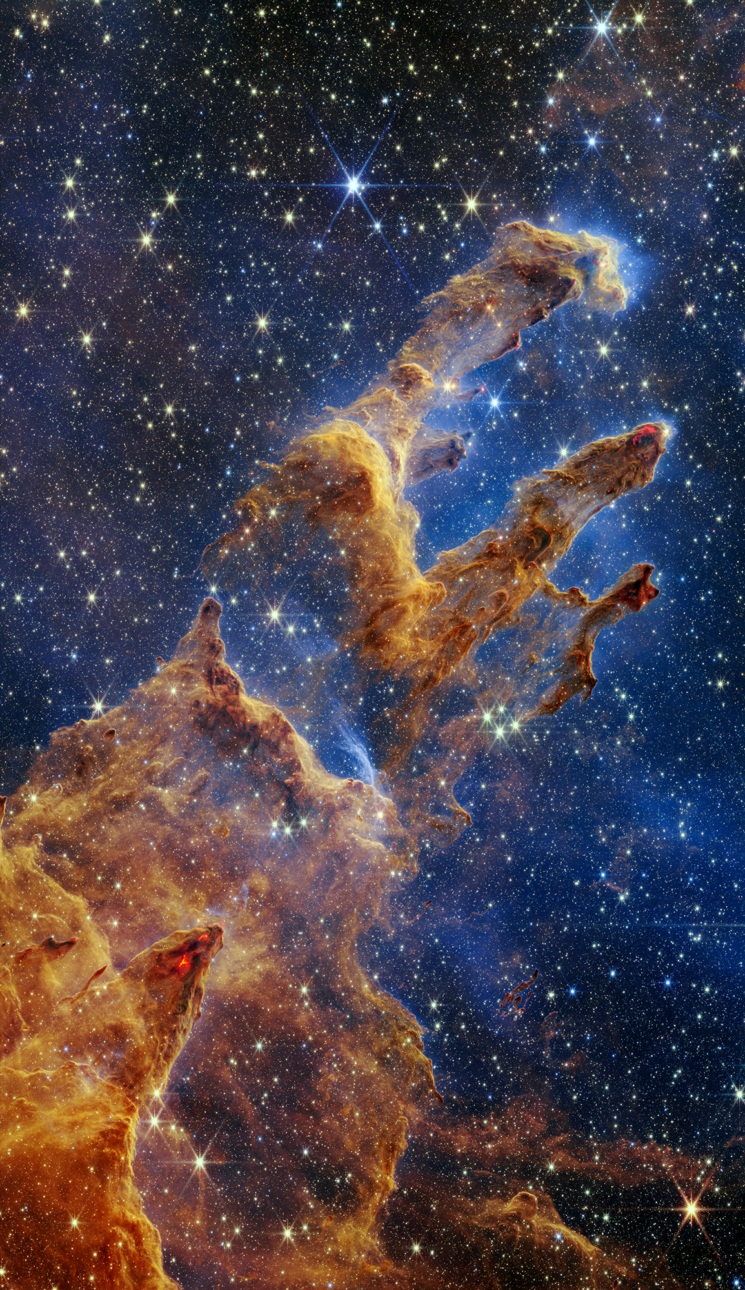 Photographer captures iconic “Pillars of Creation” from his own backyard